Skip to content
A familiar stink is hanging over Parliament House. The BFD. Photoshop by Lushington Brady.

Just to brighten your weekend, mostly by showing you that, however bad things are in Wellington, they could always be worse. BFD readers, please enjoy all the antics, japes, capers and pratfalls of politics, Canberra style.

First off, PM Anthony Albanese is doing what he does best: skiving off and whooping it up on the taxpayer’s dollar. Seriously, this bloke has never had a job outside the public sector in his life, half of which he seems to have spent on holiday.

I suppose Australians should be grateful that he’s apparently at least staying in the country this time. Lock up the massage parlours of western Sydney! “Therapeutic Albo” is out to spend some hard-earned. Good luck, ladies.

Speaking of Albo and the ladies — remember when the Australian left lost their collective shit because Tony Abbott looked at his watch? They’re awful quiet when their Dear Leader dismissively gestures at women in Parliament.

Deputy Liberal leader Sussan Ley has accused Anthony Albanese of being a “hypocrite” after claims he gestured his hand in a dismissive motion to her at Question Time on Thursday.

“I don’t mind the rough and tumble of Parliament. No woman in this place does. What I don’t like is the hypocrisy and the shoo-ing motion, in other words, sit down and shut up – (it) is just not something you see in any modern workplace,” Ms Ley told Sunrise.

One woman who might benefit from shutting her mouth and giving her brain a go for a change is Teal “independent”, Monique Ryan. The Mong from Kooyong was in full Karen mode last week, screeching at the opposition benches to “put your masks on” — while, without a blush of embarrassment, she was spitting and foaming, sans mask.

Even more embarrassing for the Mong is that, as has been revealed, she accidentally voted the wrong way on her sole campaign issue, climate change.

But she has voted to make life for Aboriginal women in remote communities incalculably worse, as the admirable Senator Jacinta Nampijinpa Price has pointed out.

Newly elected Country Liberal Senator Jacinta Price has invited teal independents to visit remote indigenous communities and leave behind their “ivory towers”, after the MPs voted with the government to abolish the cashless debit card.

Leave the ivory towers and see what Australia is like, outside the wealthiest suburbs in the country? They’d sooner give up their overseas holidays.

Senator Price, who is a strong proponent of the program, said the teals did not “know the first thing” about’ indigenous Australians, arguing the independent MPs were using their privilege to undermine indigenous women and children.

Her criticisms come after Labor passed legislation through the lower house to abolish the cashless debit card amid concern it was unfairly stigmatising First Nations Australians.

“The teals wouldn’t know the first thing about the lives of vulnerable indigenous Australians, they may as well be living on another planet,” she told The Australian.

“To think they would use their privilege to further undermine vulnerable indigenous women and children in remote communities is utterly shameful.

They’re not exactly living on another planet, but they would prefer that Aboriginal Australians do as they’re told and just stay in their cultural petting zoos.

Another woman who’s doing Australians proud is Price’s fellow senator, Pauline Hanson. Price has spoken out vocally against the revolting “Indigenous Voice” referendum — the push to re-insert racial separatism into the Australian Constitution since it was abolished in 1967. Hanson is vowing to lead the fight against it.

“I’m confident Australians will resist giving a minority of people more power than the majority based on race,” Senator Hanson told the Daily Telegraph.

“That sort of thing was known as apartheid and it was rightly consigned to the dustbin of history. How can we possibly be contemplating this in Australia?” she said.

Senator Hanson also said that Anthony Albanese should equally fund both ‘yes’ and ‘no’ voice campaigns.

Yeah, right. We know exactly how this is going to go down. Just as it did during the gay marriage “voluntary postal survey”: all the money will go to one side, and the other will be screamed at as “racists” every time they try to speak. 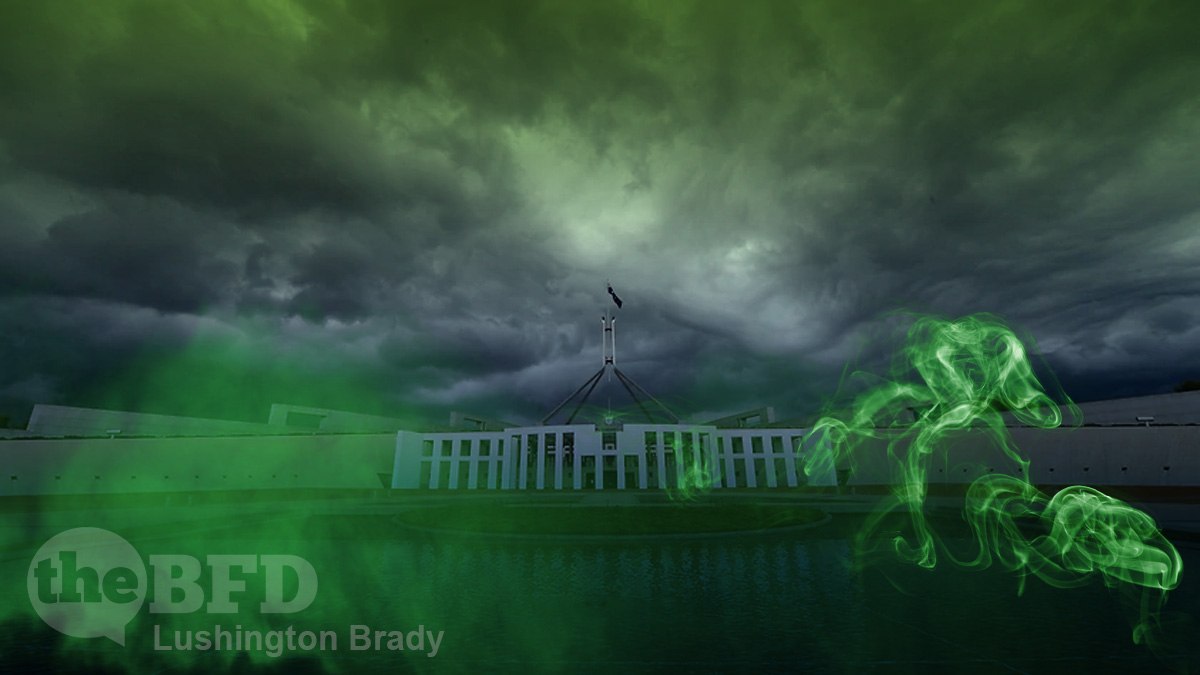