Skip to content
The rainbow bulldozer demolishes another Western institution. The BFD. Photoshop by Lushington Brady.

You know, most of us grow out of the “Give me what I want or I’ll hold my breath till I die!” gambit by the time we’re about four. But not the fagscisti. The Waffen-SSM are tanty-throwers extraordinaire, who use infantile emotional blackmail to get their way, every time.

Sandi Toksvig’s sole claims to fame are hosting a middle-brow game show, not being as good as Stephen Fry, and being a frumpy lesbian atheist. So, of course the Church of England is obliged to listen to her witless vaporings.

The lives of LGBTQ+ people are at stake, the broadcaster and author Sandi Toksvig has said, after the archbishop of Canterbury affirmed the validity of a 1998 resolution that gay sex is a sin.

Is there any more pathetic argument than, “Do what I say, or I’ll kill myself”? Or, indeed, a loudmouth atheist presuming to lecture an archbishop on church doctrine?

In a letter to more than 650 bishops attending the once-a-decade Lambeth conference on Tuesday, Justin Welby, who is also leader of the Anglican church, said the resolution, known as Lambeth 1.10, was “not in doubt”.

Ok, and so what? The church says that many things I’ve occasionally lapsed into, and some that I unapologetically enjoy, are sins, too. Oddly, I’ve never felt any urge to flounce off and slit my wrists in a show of outraged poovery.

Toksvig laid bare the facts, including that suicide is contemplated by young LGBTQ+ people at higher rates than their non-LGBTQ+ peers. She said she had faced death threats herself, and questioned the Church of England’s interpretation of Jesus’s views on homosexuality.

Oddly, we never heard from Frau Rugmunchen when youth suicide rates soared during Covid lockdowns. Nor does she seem to be much bothered that middle-aged men have the highest rates of suicide of all Britons.

The whole “trannies will commit suicide” argument is, in fact, based on bad statistics and even worse activism. In fact, there’s little evidence that “LGBTQ+” people do commit suicide more than anyone else — and lot of evidence that they threaten to merely as a form of particularly unscrupulous emotional manipulation.

As one researcher says:

Transgender interest groups, which are now for the most part ideologically captured gay rights interest groups, face strong incentives to exaggerate threats and present themselves as standing in between transgender youth and impending doom.

As for death threats — well, just ask Jo Rowling what happens when you cross the cocks-in-frocks and the rainbow ribbon-bullies. They’re very quick to drop the razor blades and start throwing pipe bombs.

So, forgive me for taking the former cooking show host’s gibbering about “lives at stake” even less seriously than her uninformed prattling about scripture. 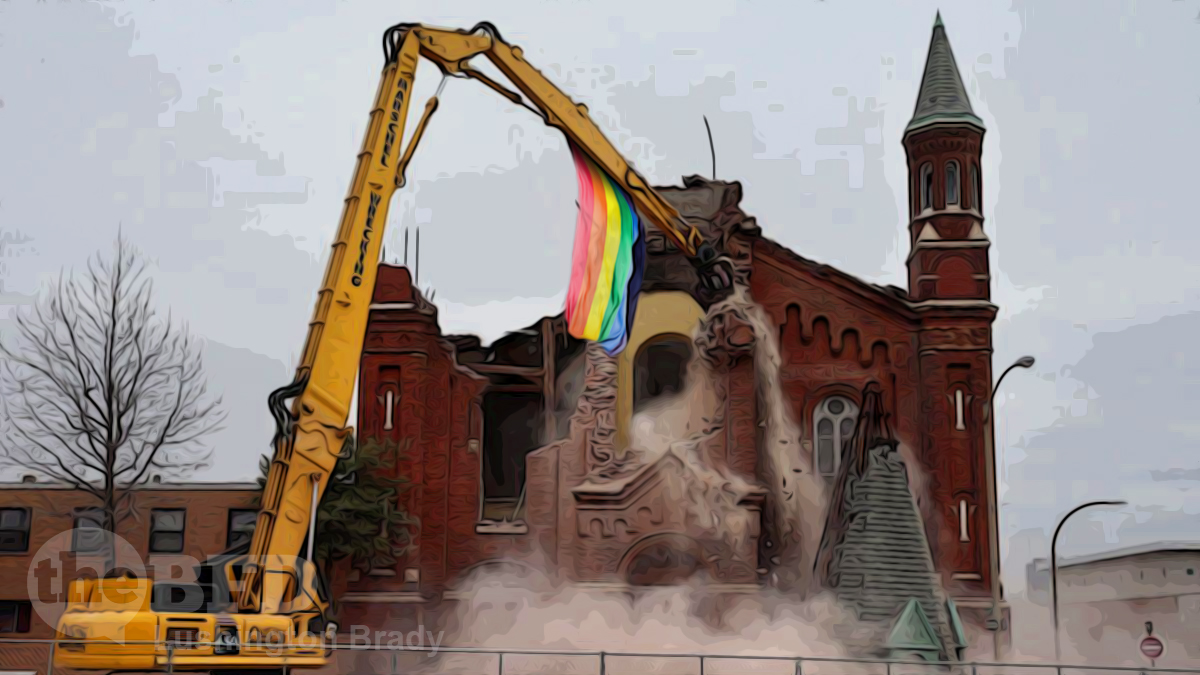