Is the Government trying to put out a narrative that people who don’t wear masks could be a potential terrorist threat or is Radio NZ simply promoting disinformation?

Over the last six months, many NZ schools have been running lockdown drills in case of a bomb threat or an active shooter.

Now, this has been incredibly scary for parents, just even the concept and the idea that that might happen in NZ.

However, schools of course want to be careful and want to make sure that they do have a plan in place in the highly unlikely event that anything like that was to take place.

What did happen though, was recently – in the last ten days – a number of phone calls have been made to schools up and down the country.

However, according to a so-called intelligence expert on Radio NZ, it could have been attributed to one very specific group here in NZ.

What he had to say was pretty shocking. Have a listen.

“Ah, the fact that right now aah the controversy is…is focused on the government’s recommendation that staff and students wear masks in schools. This is the latest of this conflict over masks (indecipherable) and it seems to me, even though I don’t have perfect proof of this, that the more likely origins of these threats are coming out of that anti-vax movement.

So, there’s evil intent there. There’s intent to intimidate and instil fear. Who else would want to do this?”

So, what Paul [Buchanan] is precisely saying is that he has zero – zero evidence to suggest that it would actually be somebody who disagrees with masks causing any of these attacks.

You are making a very, very presumptuous accusation with zero proof, and it turns out, zero accountability.

Having met and talked with tens of thousands of Kiwis who, I am guessing, would be part of this group that are against masks for children, they are against masks because they don’t like the indoctrination and the fear that is being placed over the children.

Here’s where Paul’s comments get even more interesting.

“The anti-vax movement has morphed and it’s morphed into…it’s anti-vax and its anti-mask, anti-mandate; but it’s now become anti-government, anti-state…aah…you know the…the…it’s grown in many different directions – none of them pleasant and the people who are at the centre of this extraneous movement are very well versed in technology and they’re…they’re supported and funded by foreign sources. That’s one of the real dangers.

Now, what group across NZ has actually been trying to sow fear into New Zealanders over the last two years?

Is it the people that are wanting to live free, off-grid lifestyles running happily through the trees with no masks, or is it the group that put on masks to drive their own cars around the town? I will let you make up your minds on that one.

I would argue a case that there could be supporters of the Government, with malicious intent, that may be the ones wanting to cause this threat then divert blame onto other people – again, that is speculative – and I have the same amount of proof as Paul Buchanan has. However, they have a lot more to gain and, while it may seem far-fetched, as we saw in the Wellington protest, there are malicious groups who are very on board with the Government, that are more than happy to make completely unfounded threats such as that in the Wellington protest there were sexual attacks – eventuated to be completely false and entirely made up.

So, if there are groups out there that are proven to have malicious intent and aren’t afraid to step outside the law in their accusations of others, what is to say they aren’t doing the same thing now?

I am yet to see anyone from the so-called anti-mask group try and make such threats to the police. Of course I could be wrong. I’ve been wrong about things in the past. However, if we are going to jump to presumptuous conclusions then surely, we should look at all the angles.

There are also additional narratives being supported by certain individuals like Kate Hannah, lead researcher of the Disinformation Project.

Kate Hannah is a direct influence on our Prime Minister Jacinda Ardern and I know this because they’ve actually won the research award for excellence directly from the prime minister for their work in the Disinformation Project around Covid-19.

The narrative that they are trying to push, about people, who step away from what the Government says, is harmful and it is false.

Be smarter, think things through, and always question everything. 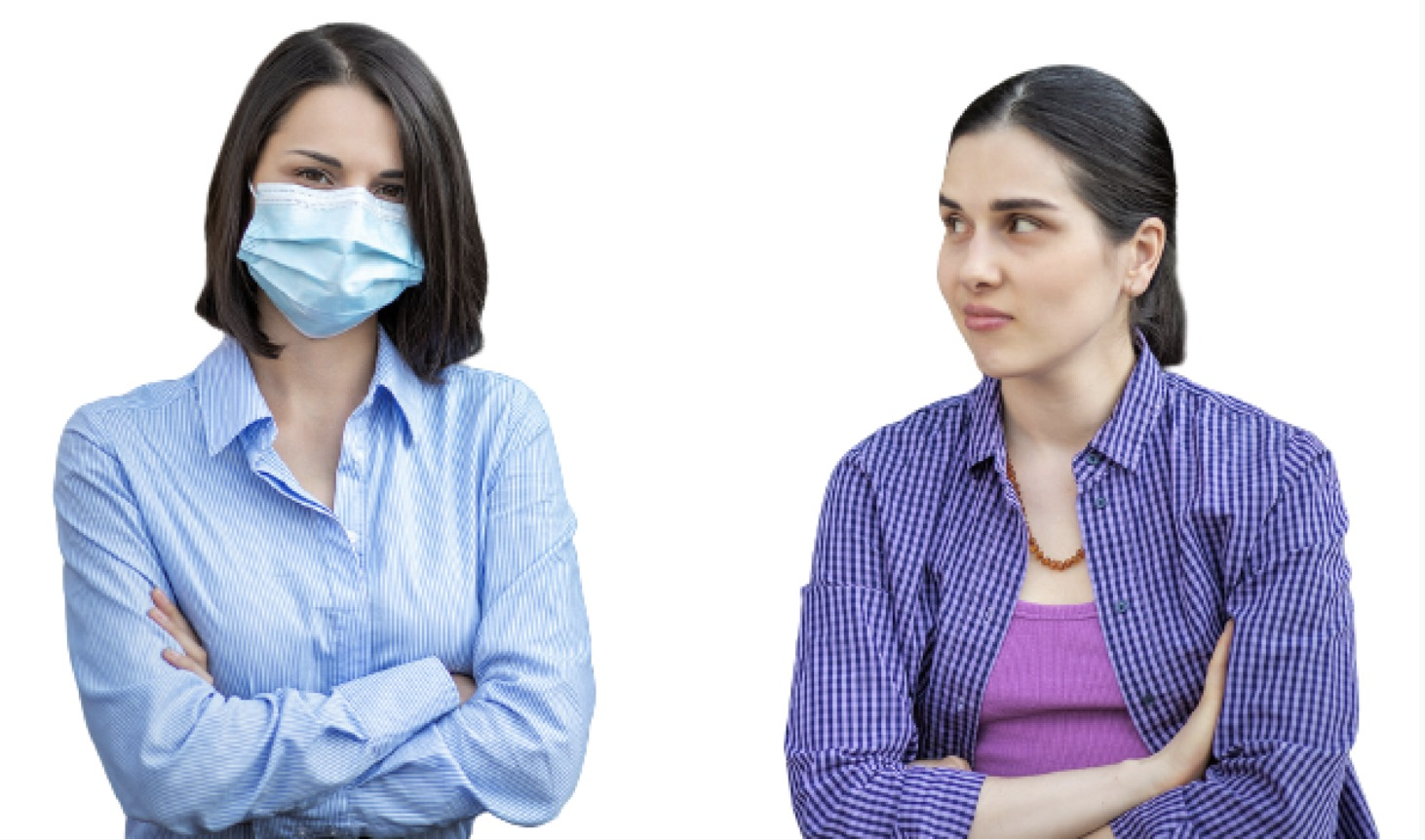