The Golem is an ancient Jewish folk belief which has reverberated in Western culture from Frankenstein to the myriad of “robot-rebellion” science fiction stories. Like all such stories, Golem tales follow a familiar trajectory: man (in the Golem’s case, a Jew) creates a monster, monster inevitably turns on its creator.

Some influential Jewish leaders are still creating golems, apparently learning nothing from the cautionary tales.

To battle his present-day (imaginary) Nazis, Soros has constructed an assembly line of black golems. He’s devoted his fortune ($32 billion just since 2017) to shielding black criminals from prosecution and incarceration. Every day in cities across the U.S., black thugs with Soros-bought immunity from consequences venture forth to murder, steal, rape, and assault.

For Soros, this is war, and every murder committed by one of his blacks is its own mini-Dresden, another blow against fascist Western Christendom.

Like Soros, Herbert Aptheker was a wealthy, Jewish communist who devoted his life to encouraging violent black militants like Angela Davis.

What we have with Aptheker and Soros is “the same but different.” Two atheist Jews, hostile to faith and unmoved by Zionism, seeking vengeance for the Holocaust, using blacks as proxy soldiers […]

To Aptheker, blacks are to be idealized; the true übermenschen. To Soros, blacks are a tool, no more superior than a hammer.

Aptheker and Soros traveled different roads, albeit from the same starting point (the Holocaust) and to the same conclusion (blacks as instruments). Two golem builders, but with different blueprints.

The end result is as predictable as the trajectory of any golem tale. Even back in the early 60s, Jewish-American writer Norman Podhoretz cottoned on to My Negro Problem, and Ours. That is, despite the liberal-left rhetoric he was constantly surrounded with about noble, oppressed blacks, all the blacks he actually knew in his Brooklyn neighbourhood were violent thugs.

The Goleming is going just as you’d expect.

Soros is like an online pedophile, but instead of trolling for small children he looks for useful negroes.

Soros has been spending millions getting radical black and “Defund the Police” candidates elected into key roles as District Attorneys and other such city officials. You won’t believe what happened next!

Whereas the “ideological” black golems took the money and ran, the thuggish black golems were incapable of showing restraint once incarceration was taken off the table. Too many murders, too many assaults. If Soros thought he could rely on his golems to go slow enough to avoid backlash, he was wrong […] now that blacks have had a taste of “progressive prosecution,” decarceration, defunded and defanged police, and zero-consequence rioting, the ghetto golems have become uncontrollable.

In Jewish literature, we know what happens after that.

Lucky Americans are finding out for real. None more so than non-Golem blacks, who are enduring spiralling murder and other violent crime rates. 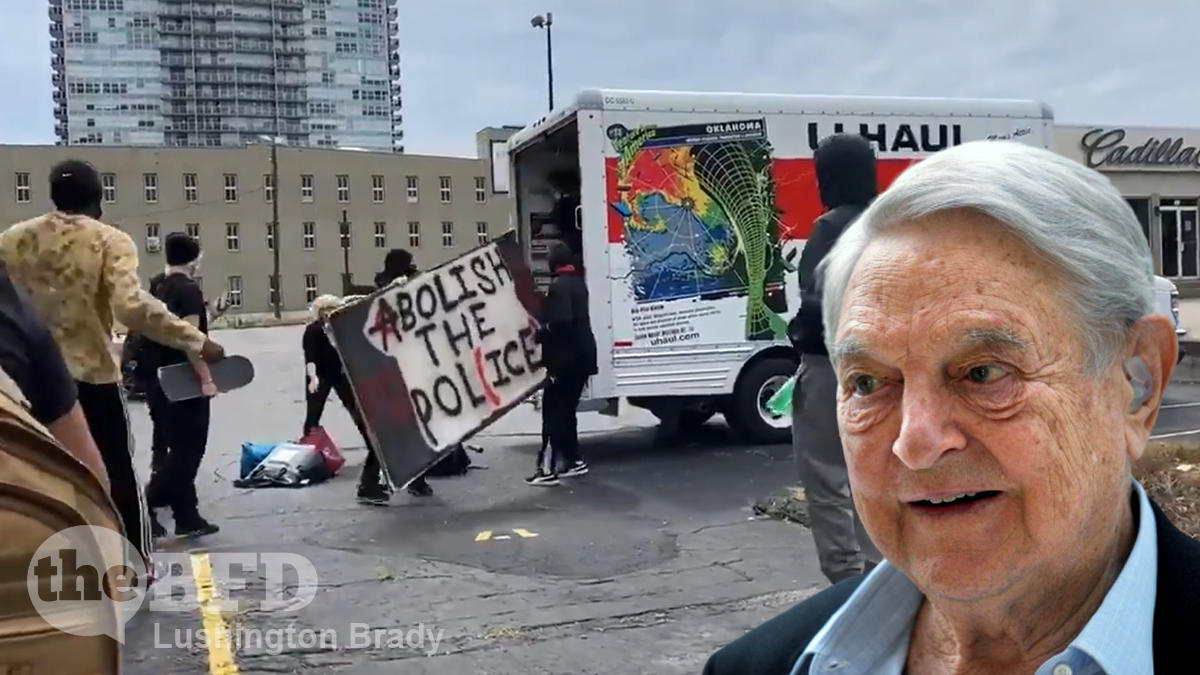