You may not have heard of the Peter Principle which is a concept of management developed by Laurence J. Peter, which observes that people in a hierarchy tend to rise to “a level of respective incompetence”. In other words, employees are promoted based on their success in previous jobs until they reach a level at which they are no longer competent, as skills in one job do not necessarily translate to another.

I would suggest to you that the advent of MMP has led to all political parties gradually developing a culture of incompetence, where useless people are rewarded for their ability to look and sound good rather than any demonstrable ability in any chosen field.

Before we get into the current Government and their distinct incompetence it would do well to look at our past, particularly since the advent of MMP.

MMP was ushered in by Jim Bolger, who in a rush of shit to the brains decided that he would hold a referendum in 1992 about changing the voting system. Poor old Jim was never the sharpest tool in the box and he, along with others in his cabinet, all thought they knew best and the voters would never vote for anything other than the status quo. Bolger also then tried to gerrymander the referendum for which system was preferred by chucking up three alternatives in the hope First Past the Post would come through the middle. It all failed and then that triggered a binding referendum in 1993 that saw 53.86% vote in favour of MMP.

Ever since then we’ve been trying to put the poo back in the goose, unsuccessfully. John Key, another who thought he knew best and who also thought that under MMP he could govern forever also held a referendum, and deliberately gerrymandered the referendum from a two-horse race to having four choices echoing the original 1992 referendum. Unsurprisingly, MMP was retained when the vote against was split three ways.

Ever since 1996 we have had MMP and ever since we have witnessed the growing dominance of the party system and the power of incumbent political parties. At the same time we have seen a growing culture of incompetence across the political spectrum. Furthermore, we have seen the very thing that MMP was supposed to stop, the power of the parties, grow and grow and grow.

It took just three years for voters to tire of National after 1996, and in 1999 the Labour Party with assorted rag-tag hangers-on was elected under the premiership of Helen Clark.

Helen Clark narrowly avoided losing in 2005 with a resurgent National led by the eminently competent Don Brash. But the electorate tired of Clark and in 2008 along came John Key, who sold himself to the electorate as like Labour, but more competent. Key won the election and Labour’s culture of incompetence reared its head after Clark fell on her sword and decamped to the UN, foisting journeyman politician Phil Goff on the Labour party.

Goff believed his own PR, that he was a competent minister and therefore would be a competent leader of the opposition. He was dead wrong, and he fell for the same trap that befuddled Bill English in 2002, believing that the electorate would wake up and vote out the new Government after just one term. This, despite the fact that New Zealand has only ever seen one instance of a one-term government in modern history, that of the 1972 Labour Government led firstly by Norm Kirk and then the lacklustre Bill Rowling.

We then saw a long list of failed leaders of Labour, from Goff to David Shearer, to David Cunliffe, to Andrew Little and then Jacinda Ardern. Each change of leadership saw a more incompetent leader replace a more competent leader. Anyone with half a brain can see that Ardern is far less competent than all the previous leaders.

But politics is just show business for ugly people, and being in the right place at the right time despite a lack of competence means more than actually being competent.

Bill English is a classic example of the “Peter Principle” at play. The youngest son, who let his mother choose his career for him, was never much more than a hayseed in a Hallensteins suit. He was competent to a point, and he did manage a reasonable job as Finance Minister, like his predecessor Michael Cullen. But he was easily just as nasty as Michael Cullen, the only difference being his unwillingness to actually be seen as nasty; something Michael Cullen actually revelled in. He had already failed as a leader in 2002, mistakenly believing that 1975 would happen again. But John Key, ever the charlatan he actually was, foisted English on National in much the same manner as Clark did with Goff. Reasonable leaders like to have deadset dunces follow them such is their own narcissism, so that people remember them fondly, and not their successor.

The appointment of Bill English to National’s leadership then kicked off their own culture of incompetence that saw English replaced by Simon Bridges, then Todd Muller, then Judith Collins and now Christopher Luxon. The sad reality for National is that the Key years allowed a bunch of useless politicians to come through and infest the party, and many of them are still there. When you look at the culture of the party, from the President down, you don’t see a contest of ideas and a pursuit of excellence. What you see is a culture of incompetence, where time-servers and fence-sitters are rewarded for not rocking the boat. Competent people are then undermined by the less competent to the point of sabotaging their own party.

The party controls the lists and so able and competent people who won’t play the game ingratiating themselves with the hierarchy are cast aside in favour of sycophants and seat warmers.

Even Michael Bassett, a member of what was probably the last truly competent Government we had when Roger Douglas was steering the economy thinks this is the worst government in his substantially longer lifetime.

We are experiencing the worst government of my lifetime, one that has caused more damage and divisiveness in our society than there has been at any time since the Great Depression.

Michael Bassett is dead right: this Government is the worst, with their utter failure to deliver on a single one of their promises, their tits-for-hands execution of whatever they do implement that results in the opposite of what was intended actually occurring, and the divisive and nasty nature of this Government ramming through race-based policies to the detriment of the whole country.

Jack Tame exposed Ardern for the glib idiot she is, giving her an A for Aspiration and an E for execution:

I said from the get-go that Jacinda Ardern was a functional idiot who has a collection of bumper sticker slogans that masquerade as intelligent commentary. I’ve also said that she is actually evil, and the worst Prime Minister I have ever met.

By any of this Government’s own measures, she has failed to deliver. On housing, on crime, on health, on child poverty, on rents, on house prices, on mental health…just a long litany of abject failure.

If it weren’t for MMP these functional idiots would be hung out to dry, but MMP rewards them, even in failure. So, come the election next year many of those same idiots will retain their comfy seats in the parliament and the culture of incompetence will grow.

Sadly, it doesn’t look like National will be any better, except at the margins, such is the level of incompetence that has been promoted in that party. There are three people in the top five positions who sincerely believe that if they could just talk at you for another 15 minutes then they’d be able to convince you of the merits of their tenuous argument. They won’t stop either, even if they get an electoral punch in the face.

So, sadly, it seems that we are doomed to a death spiral in this country, nurtured by MMP, of being led by donkeys on a road to oblivion. 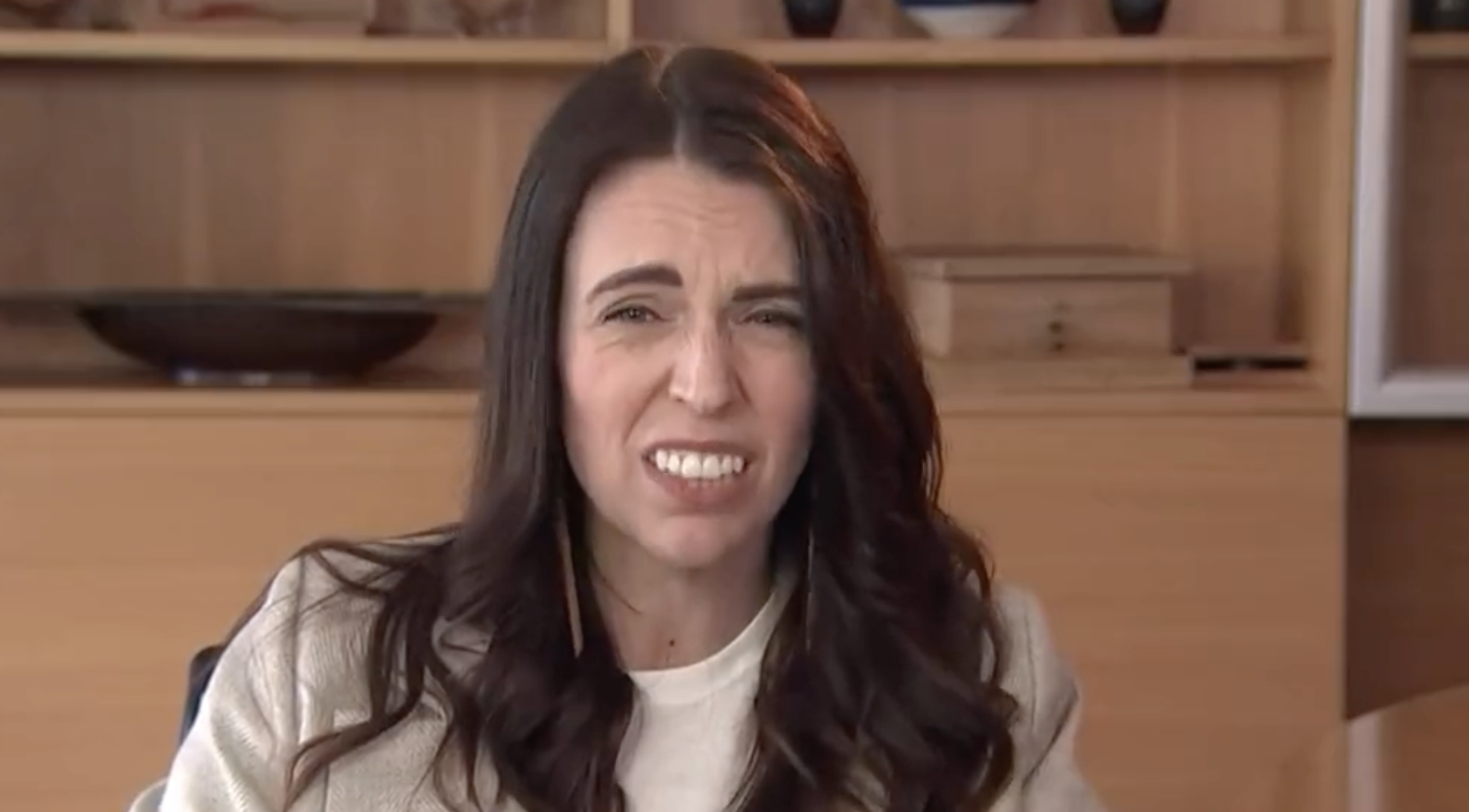