Brad Polumbo is a libertarian-conservative journalist and Policy Correspondent at the Foundation for Economic Education.

Hardly a day goes by without some viral international incident reminding us why we’re so lucky to have the First Amendment. The latest such lunacy comes courtesy of the United Kingdom, where police just arrested a man for posting an allegedly offensive tweet.

As shown in a viral video, Hampshire officers on Thursday confronted and arrested a UK man. One of the officers says, “Someone has been caused anxiety based on your social media post. And that is why you’re being arrested.”

The post at question was reportedly an image mocking the many evolutions of the LGBT/transgender pride flag by reshaping it into a swastika.

This rather alarming graphic from the Hampshire government attempts to explain what “malicious communication” is. The graphic notes that malicious communication “relates to the sending of indecent, offensive or threatening letters, electronic communication or articles with the intent to cause the recipient distress or anxiety” and that it “is a criminal offense, which could result in prosecution and a criminal record.”

The backlash to this act of censorship has been swift and severe.

“I am concerned about both the proportionality and necessity of the police’s response to this incident,” she said. “When incidents on social media receive . . . two visits from police officers but burglaries and non-domestic break-ins don’t always get a police response, something is wrong.”

Hopefully, the man in question will not ultimately face any criminal consequences given the intense public scrutiny of the police’s actions in this case. But the fact that this arrest even occurred in the first place reminds us why the First Amendment is so important.

The UK laws about “malicious communication” are clear infringements on free speech that would never for a moment stand in a country with free speech protections, like the United States where the First Amendment provides broad speech protections from government. The UK’s laws set the stage for this arrest and certainly have a chilling effect on free expression.

As John Locke explained, individuals have rights to their persons and property, including the right to use one’s person and property for communication. But, nobody has a right to any particular emotional state. To enforce such a false “right” for some means violating the true rights of others: including the freedom of speech.

It doesn’t really matter whether you think the UK man’s post was just poking fun or was hateful and offensive. We should all support his right to speak freely, and even say things that others find hateful or distressing without being persecuted or arrested by the government.

Those criteria are fundamentally subjective—as the “malicious communications” graphic puts it, the criminality depends on the “potential impact” and “how the other party might interpret your behaviour.” Such broad and subjective criteria can be used to shut down any unpopular idea and stifle any debate, no matter how crucial.

If we’re not free to speak, then we’re really not even free to think. It’s a dark day indeed when an advanced, Western nation, let alone the UK, once home to free speech champions like Locke, arrests someone for merely speaking in a way that offended someone online.

Don’t take the freedom of speech we enjoy in the United States for granted. Or one day, we might see videos of dystopian incidents like this—of police arresting people over politically incorrect tweets—occur in “the land of the free.” 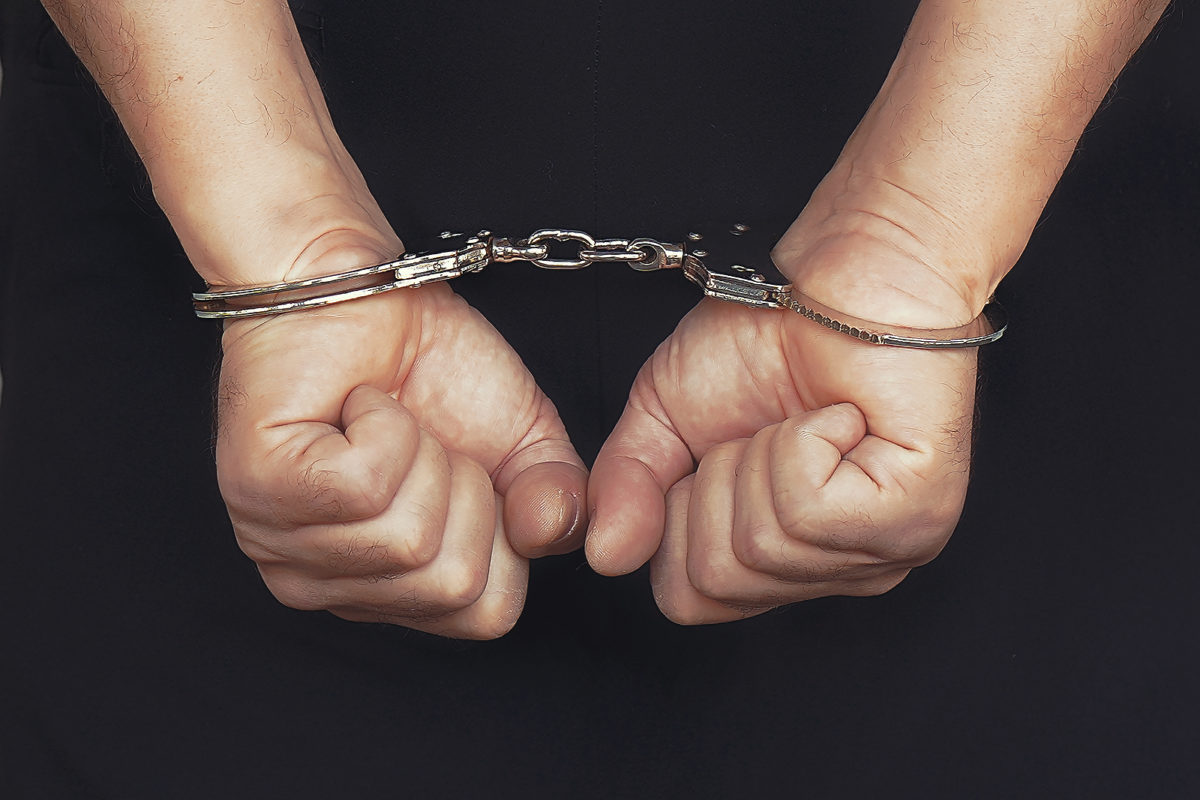