Skip to content
Australians are being asked to vote blindly. The BFD. Photoshop by Lushington Brady.

So, Australians are going to their first referendum in 20 years, on a so-called “Aboriginal Voice”. What is it, exactly? Nobody will say. How will it actually function? Nobody seems to know. Who will be eligible and why? Don’t ask.

In fact, PM Anthony Albanese is almost honest: if Australians knew exactly what they were voting for, they wouldn’t vote for it.

No, I’m not making that up.

The Prime Minister is worried too much detail will kill the prospects of a successful referendum. He’s worried people will vote “no” if they merely “disagree with one out of 50” clauses put forward.

The left have never gotten over their defeat in the 1999 Republic referendum. Then PM John Howard wisely made sure that Australians knew what they were voting for, instead of handing the politicians and lawyers a blank cheque.

Imagine if he hadn’t? Australia would be saddled with a President appointed solely by the political establishment. Getting rid of it would be almost impossible.

No wonder the left avoided a referendum, let alone a plebiscite, on same-sex marriage. Instead, we got a dodgy, “voluntary postal survey”. If they could have got away with a Twitter poll, they would have.

Even Albanese’s own ministers admit that it’s “nuts” to ask Australians to vote blindly. But Albanese is adamant.

“The legislation of the structure of the Voice won’t happen before the referendum”, he says. The full details will come only after a successful vote.

It’s a blatant lie to claim, as the left is, that we already have the detail. They point to the Langton-Calma report as the blueprint for the “Voice”. But there are several problems with this misleading claim.

The Langton-Calma report is not policy. The Albanese government hasn’t indicated whether it will be adopted. So, it’s nothing more than an activists’ wish list.

Even then, the Langton-Calma report is 270 pages of academic waffle that obscures much but really explains nothing. To quote Theodore Dalrymple, it seems that every sentence is designed to hide a guilty secret.

This sort of circular logic is just the tip of the iceberg. There will be an “obligation to consult” — and then what? The report claims the “Voice” advice will be non-binding and unable to change proposed legislation. In which case, what’s the point of the thing? What legislation is ever proposed without, as they say, “consulting key stakeholders”?

As New Zealanders are fast learning, even apparently pointless symbolism can have shocking downstream consequences.

The suspicion of a hidden agenda is even more likely when one considers the blueprint statement for the “Voice”, the Uluru Statement. This document mentions “Aboriginal sovereignty” no less than five times, including the statement that this was “never ceded”.

Aboriginal academic Anthony Dillon recently tried to hand-wave this away as just more symbolism, but that’s either willfully blind or deliberately disingenuous. “Sovereignty” is a word with a precise meaning and vast consequences in law.

Writing such an argument into the Constitution is a dangerous Trojan horse for apartheid.

No wonder Albanese won’t tell us what we’ll be voting for. 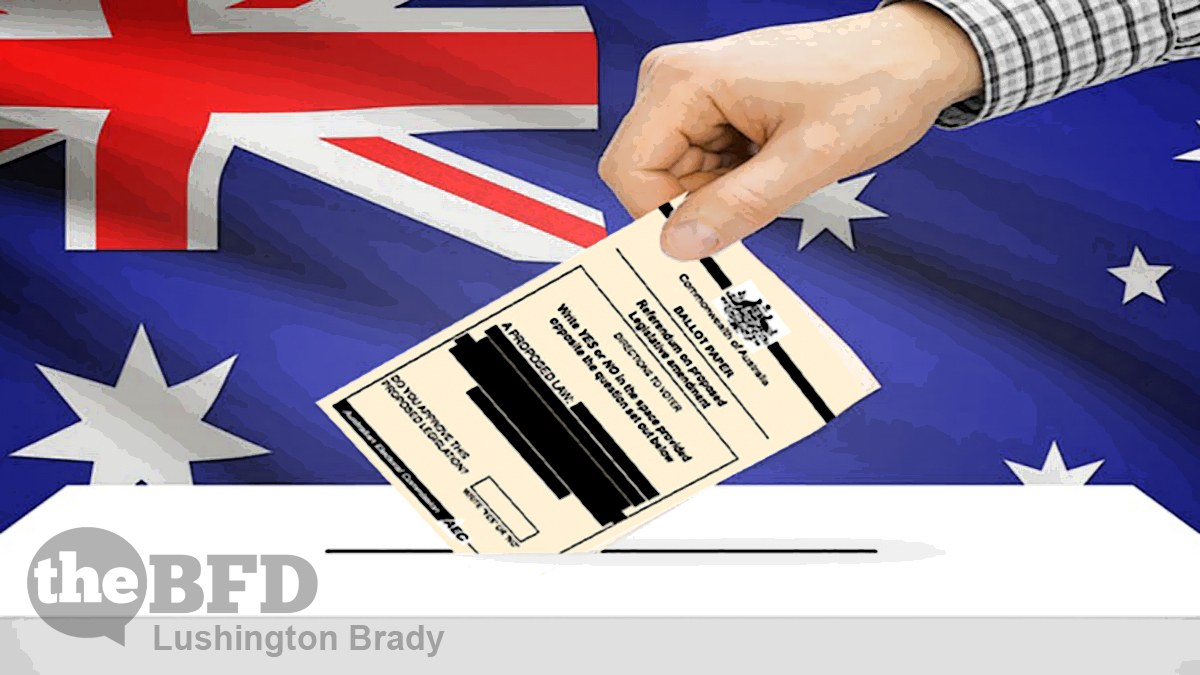