David Farrar has a guest post from Jason Collie, a UK-based Kiwi journalist who has had an interesting, though fruitless, interaction with our Governor-General Cindy Kiro.

Grounded Kiwis did a magnificent job winning its court case that the Government breached New Zealanders’ rights by effectively preventing them from freely travelling into their own country with its MIQ set up but a troubling point remains: Are you confident Jacinda et al have learnt their lesson and someone will ultimately stand up for your rights when push comes to shove?

One of the most disturbing patterns with this Government is that it doesn’t apologise nor change its behaviour when it is routinely caught breaching rights/acting unlawfully or illegally/telling untruths (delete as applicable), so surely there must be someone who can just tell Jacinda ‘Stop’?

The courts have been ruling on these breaches but clearly the Government cares little as it carries on its merry way to the next imposition on citizens. So who does that leave?

Ultimately it has to be the Queen or her representative here in Godzone, the Governor-General Dame Cindy Kiro. By custom and practice the monarch and her Governors-General do not get involved in politics but if the Government is acting unlawfully against her subjects then legitimately Dame Cindy can put down the cucumber sandwiches and at least ask for a ‘Please Explain’ from her namesake.

As a Kiwi journalist living overseas with a penchant for trying to hold those in power to account I thought I’d test whether Dame Cindy had even the slightest moral fortitude to protect the people who so generously fund her gold-plated position.

Now before the comments section kicks off at the naiveté of this, I went in fully expecting evasion and complete disinterest. But at least causing a bit of official discomfort and watching them dance on the head of a pin would be entertaining enough.

And that’s what I got. Not only did I put the argument to her office that it was appropriate for the GG to at least start asking questions, I also pointed out that the request in New Zealand passports to allow the holder to travel unmolested was from the, errr, Governor-General.

The initial response was predictable – a claim Dame Cindy was not empowered to even show an interest. The second response was where it really got entertaining as her office, in a rather condescending tone, pointed to the Cabinet Manual as proof she could not get involved.

Unfortunately for Dame Cindy the manual then points to the Letters Patent for the GG issued by the Queen and, rather contrary to the claim she was barred from discussing this with our internationally-feted Prime Minister, was the problematic point XVI. It states: “[Ministers] shall furnish Our Governor-General with such information as [s]he may request with respect to any particular matter relating to the Government of Our said Realm.”

Surely the Governor-General diplomatically asking for an explanation might even give Jacinda pause for thought, or at least lay down a paper trail that interest was registered that the Government had acted against its own citizens.

After several weeks of awkward silence came back the excuse that it would be unprecedented for Dame Cindy to act – rather ignoring the inconvenient fact that New Zealanders being barred from returning to their own was also unprecedented.

So the problem for Lame Dame Cindy is: If you won’t act for this, Governor-General, when will you act?

While this exercise may have achieved nothing tangible, it at least exposed that the Governor-General (recommended for the post by one J Ardern) will not act to protect you rather than the untrue claim that she cannot.

So that literally just leaves you and me – the people – to peacefully but assertively stand up for our rights and say No every time the Government tries to take its next liberty. Many people, understandably, find ‘making a fuss’ uncomfortable but the past couple of years and Dame Cindy’s wilful disinterest have shown the treasured Kiwi attitude of ‘She’ll be right’ won’t serve you well in the long run.

This is precisely what I have been saying about the tyrant Jacinda Ardern for a very long time. It is also the reason that I will not and have not complied with the often illegal degradation of our rights under the Bill of Rights that her vaccine and mask mandates have caused.

Ardern’s Government will not stop eroding our rights because the majority of people simply don’t want to make a fuss and, when we do actually make a fuss, like at the Parliament protest, the same people who trampled on your rights in the first instance then send in their armed goons to actually physically trample on you.

The same goes for the relentless march towards co-governance and the creation of an apartheid state that prefers one race over all others. You have to make a fuss and a ruckus so large that they have to take notice.

Some of us already are second-class citizens in this country, by dint of refusing, as is our right, to undertake a medical and experimental procedure. Everyone else is going to be made a second-class citizen by co-governance arrangements that were neither campaigned on nor subject to – at least – referendums.

No one asked us if we wanted to hand over control of water and health to Maori, yet that is precisely what this Government has done and is doing.

Don’t hold your breath waiting for Cindy Kiro to act in the best interests of all citizens, and don’t hold your breath waiting for Her Majesty’s Loyal Opposition to do anything either. The National Party voted for each and every degradation of your rights, they just complained that it wasn’t harder or faster, and they would have been far more efficient at robbing you of those rights.

We must have an electoral shake-up at the next election. We must elect a party that respects rights. We need the ruckus to continue from this day forward and through into the election.

Because if we don’t cause a ruckus, then they will continue to trample all over our rights and, by remaining quiet, we will have let them. 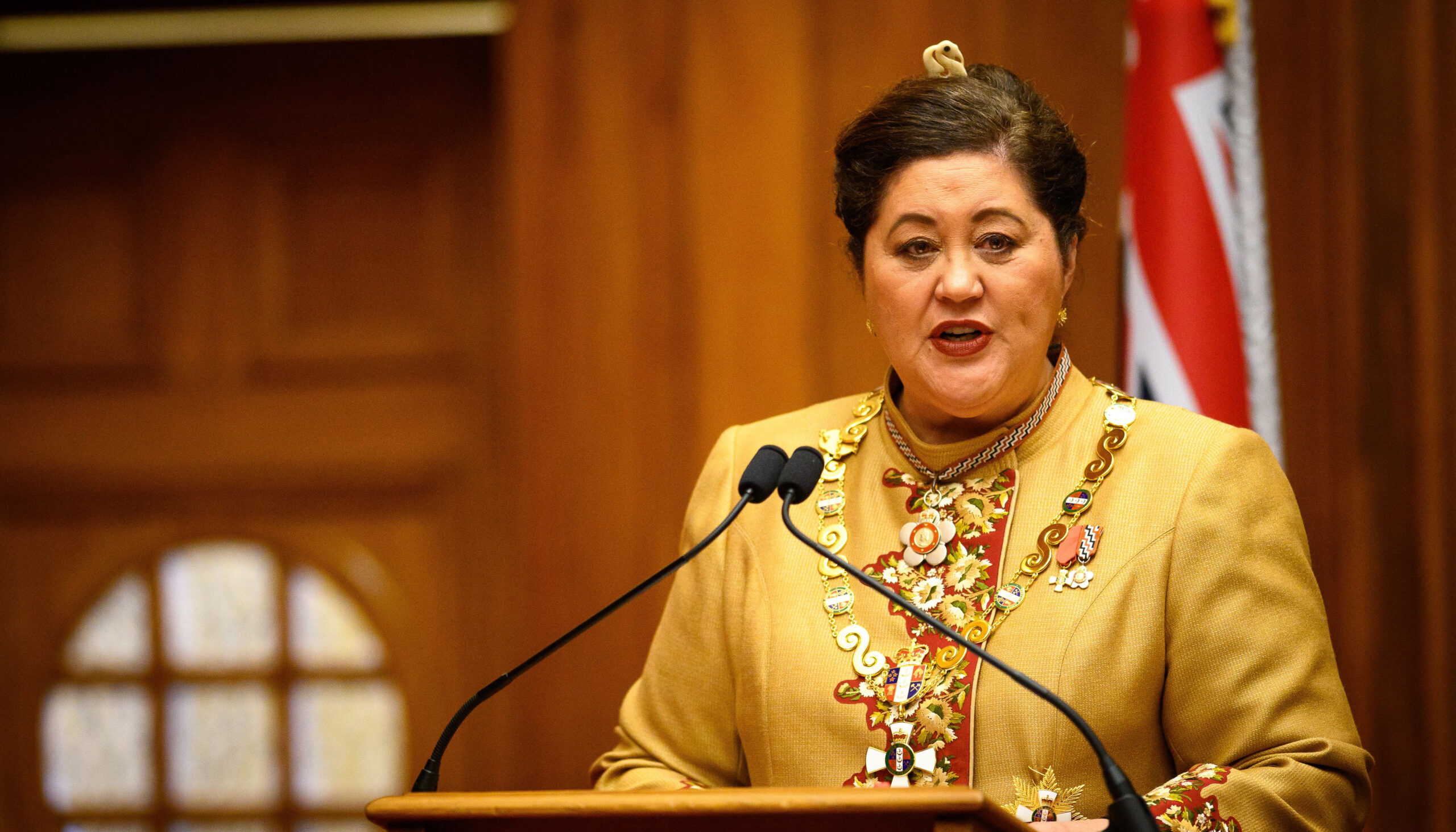