How tarnished is the gloss on Jacinda Ardern‘s premiership? Pretty tarnished is the answer, and the sheen has come off overseas now too. They say you can’t polish a turd, but you can whack some big teeth on it, dress it up in a sack and some Allbirds and put it up on a podium.

Sky News host Andrew Bolt says there are signs the Jacinda Ardern “gloss” is wearing off fast in New Zealand.

“We’re now looking at an inflation scenario for New Zealand which is among the highest in the world,” he said.

Ardern loves to boast about what she has achieved. Only she, as the Mother of the Nation, knows best.

We must accept this proposition without question because centralisation and state control produces much better outcomes for a country. Well, that seems to be the thinking of the current Government and of Ardern.  Results however, contradict this notion.

Just look at the evidence of the last few years of the current Government’s performance.

The prospects for the Labour Government managing these complex centralisation projects on time and within budget are slim to nil. This Government does not plan thoroughly and cannot implement management systems to meet its major long-term resourcing goals.  It bribes recipients of its funds not to criticise what it is doing or proposing.

The erosion of democracy is so stark that some are now calling it a slow-moving coup. By way of example, the Government created a $2 billion ‘Better off’ fund to bribe councils into accepting the Three Waters proposals, and to ‘gag’ them by requiring those accepting the money to agree to not do “anything that can reasonably be expected to have an adverse effect on the reputation, good standing or goodwill” of the Labour Government.

Local Government NZ has become the lickspittle of Nanaia Mahuta and LGNZ President Stuart Crosby is now derisively referred to as Mahuta’s Little Helper as he moves to shut down dissent over the largest nationalisation of community assets the nation has ever seen.

Perhaps the worst aspect of the Government’s headlong dash towards Maori co-governance and the rewriting of history and the Treaty is the racial division they have brought about. All the media that are supping at the state-funded trough are all in lockstep promoting Maori wonderfulness at every possible moment, even infesting the news with nonsensical propositions, like indigenous medicine can solve problem gambling the Maori way.

It seems that this Government thinks if you give a moribund government organisation a new Maori name, and tell everyone that they will now be focussing on delivering things under the guise of Te Ao Maori that everything from the Reserve Bank, the health system, housing and now water infrastructure will all magically be better under state and Maori control.

Nothing they have done since gaining power has manifested itself in better outcomes for voters. Yet they continue to wax lyrical about their achievements, and they are supported by uncritical media in love with the state-funded lucre they receive with contractual conditions that they continue to promote Maori wonderfulness.

This country is in dire need of a clean-out of all the parties in the Parliament, but especially the evil, divisive and racist Labour party.

Mythbusters proved a few years back that you could in fact polish a turd, but you had to be patient. This government is running out of time so instead of polishing their turd, they’ve whacked some big teeth on it, dressed it up in a sack and some Allbirds and put it up on a podium. 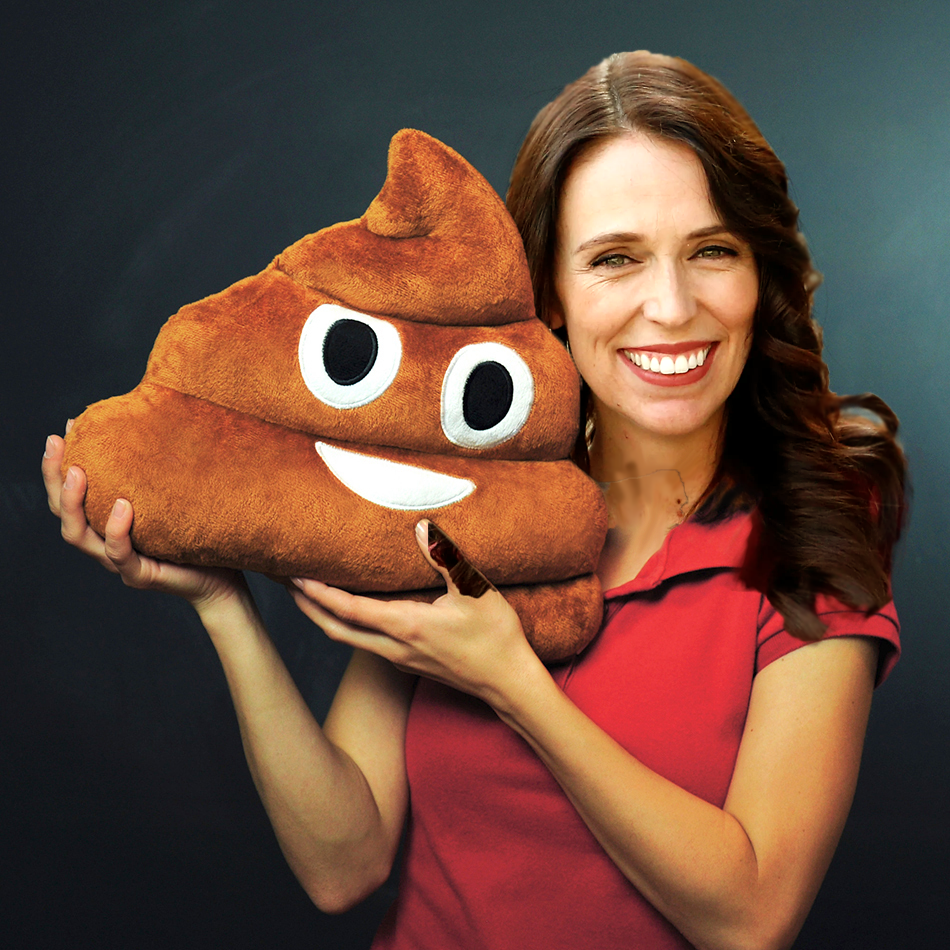