You may remember that, shortly after the current Government came into office, they allocated $1.9 billion to additional mental health services. It has to be said, at the time, that seemed like a hell of a lot of money, but now it seems paltry, such has been the chronic waste and overspending carried out by this Government.

“These are people who have been engaging in behaviour that can be of high risk to themselves and others, they therefore require long-term care and rehabilitation in a secure setting and these units will go a long way to better support their rehabilitative gains.”

However, here is the kicker.

The six-unit facility was funded by $13.3million from Budget 2018 and is constructed on the Ratonga-Rua-O-Porirua campus. It is an extension of the existing Haumietiketike unit.

Yes, folks. You read that right. This wonderful new facility heralded as the first of many can only accommodate… 6 patients.

“Building reliable services takes time, but the completion of this project shows this is a government that takes mental health seriously and we are working hard to turn things around.

It has taken 5 years to build, it accommodates no more than 6 people, and the minister of health thinks it proves to all of us weary taxpayers that they are taking mental health seriously?

Are you kidding me?

“The opening of this unit is an important step in investing in the future of mental health and intellectual disability services in Aotearoa.”

The new facility comes less than a month after Inspectors from the Children’s Commissioner’s office found a multitude of problems at the Regional Rangatahi Adolescent Inpatient Service (RRAIS) facility in Porirua.

Issues stemmed from staffing, the physical state of the unit and the wellbeing of patients.

The inspectors expressed alarm that distressed teenagers were held for up to two-and-a-half days in a cold, barren seclusion area where some were given cardboard potties nicknamed “cowboy hats” to go to the toilet in, and the only outdoor space was a “small cage covered with mesh” visible from a public street.

The Government cares so much about mental health that patients have been using cardboard potties for the last 5 years, and only six of them will get to use the new facilities now.

That’s not all, folks.

But by virtue of treating the patients with the greatest needs, it meant they needed highly-trained staff for the facility. These nurses weren’t readily available in New Zealand.

“In New Zealand, there isn’t a learning disability nurse training pipeline. So, typically, the people who work in our services come from a mental health background and then we provide the additional training they need to work in this specialist area. So, a lot of our staffing does need to come from overseas from the UK,” Oxnam said.

When asked how easy that was, Oxnam replied: “It’s not a straightforward process.”

The facility is open, but we don’t have the staff to run it. For now they are only going to allocate 4 beds, until they can recruit staff from overseas to run it.

You couldn’t make this stuff up, could you?

The unit would eventually need 46 staff to run it, but would initially only operate four of its six beds.

“Six beds sounds great. There are about 300 people that are at a high-dependency level who are seeking and needing the sort of support this unit professes to be able to supply.

So what happens to the other 294? Oh, that’s right. They will be like the buyers of Kiwibuild homes, who are having to wait up to 400 years for their homes to be ready because that is how long it will take the Government to complete the promised 100,000 houses at the current rate.

And don’t forget that New Zealand will be at the back of the queue for specialist nurses overseas, as we, unlike other countries, will not give them immediate residency, but will require them to wait two years before they can apply to stay here.

You can see why Andrew Little was made Health minister. It is not because of relevant experience (he has none), but he can shout at people who disagree with him with great aplomb. They don’t call him Angry Andy for nothing.

In the meantime, I think it is fair to chalk the Labour Government’s approach to mental health as another huge failure and waste of money… just like everything else they touch. 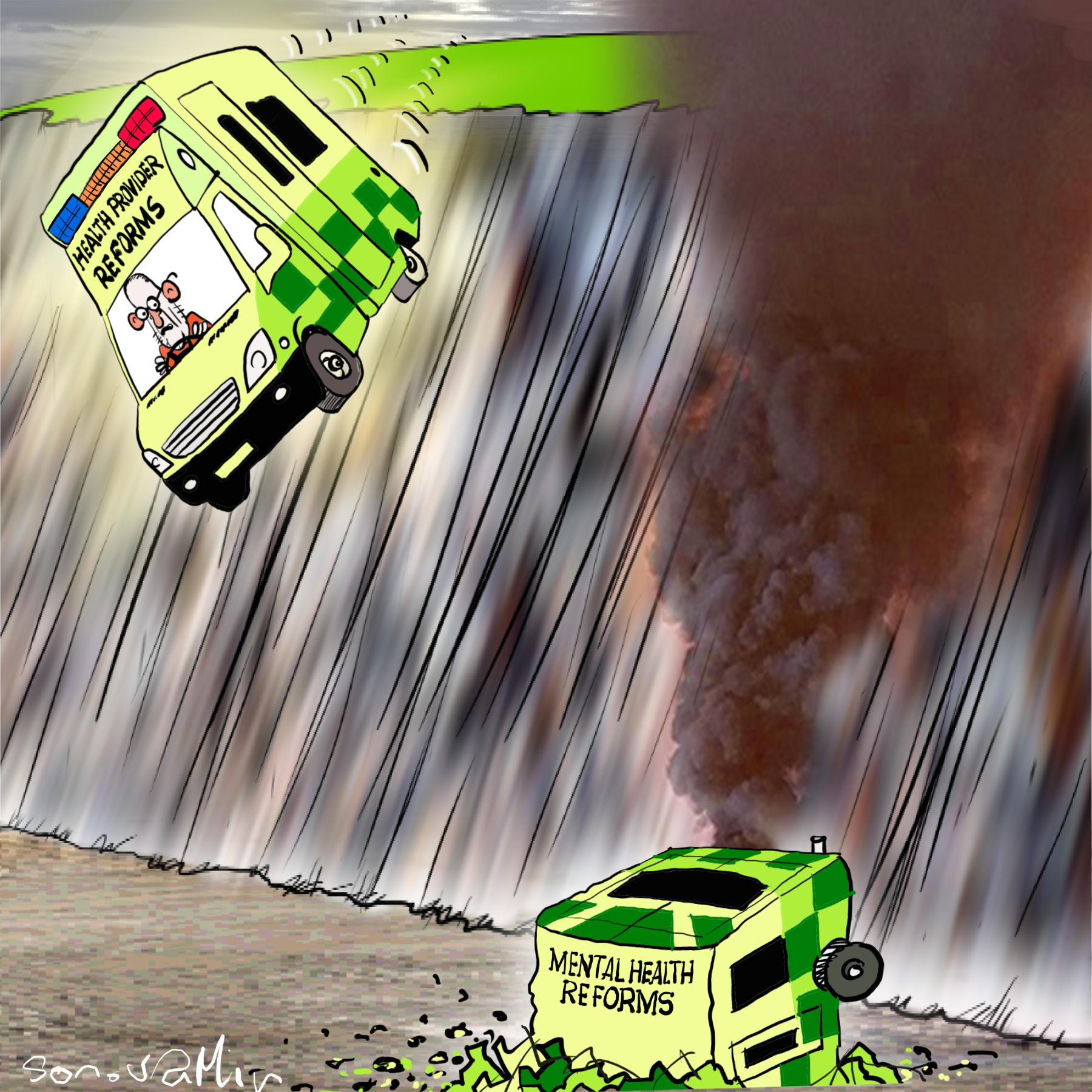