There’s huge public concern about the potential for the wealthy to translate their economic power into political power. In particular, there’s a strong belief that governments in New Zealand tend to make laws to suit the interests of the rich. Whether it’s concern over Jacinda Ardern’s government not implementing a capital gains tax, or the last National government allowing casinos to have less regulation, there’s always a suspicion that donations from the wealthy to the political parties are influencing their decisions.

Recent survey evidence commissioned by the Victoria University of Wellington backs this up. Almost 70 per cent of the public don’t have trust in how the politicians raise their money, and a large proportion of New Zealanders want much tighter limits on political donations. For example, about two-thirds of people want donations above $10,000 to be made illegal. In fact, almost half of the public would go much further, outlawing all donations above $1000.

Of course, such sentiments scare politicians of all political stripes, who have come to rely on wealthy donors instead of volunteers to run their parties. All political parties, even the Greens, find it much easier to receive thousands of dollars from wealthy businesspeople to pay for some media advertising than it is to recruit members and send them doorknocking. Hence, the politicians have become addicted to easy money over mass membership parties.

Therefore, there’s a conundrum for the politicians: the status quo of political financing is extremely unpopular with the public, and yet they themselves don’t want too much reform that might impact negatively on their own income sources. And politicians especially don’t want to carry out reform in a way that might hurt their own financial interests more than their opponents.

It’s in this context that the government announced this week that they are introducing an Electoral Amendment Bill to tighten up the rules on donations. With very little public consultation or even attempts to get other parties on board, the legislation is being rushed through parliament. Such a process seems very poorly designed, and not the best way to produce enduring or fair change.

Mixed reactions from experts and commentators

Reaction to Labour’s announced changes has been mixed. Some of the reform details have been well received, other aspects condemned, but the most common reaction is to say that Labour isn’t doing enough.

For instance, law professor Tim Kuhner of the University of Auckland has characterised the package as being positive “small steps”, but says he’s concerned about whether Labour “have the courage and the strength to go the distance” and follow through with the large-scale reforms required.

The New Zealand Herald has published an editorial labelling the changes as mere “tinkering”, suggesting that more thorough reform is needed, because “anyone can drive a bus through” the current laws. Like others, the newspaper says it’s a step in the right direction, as “more transparency is welcome but it still feels like tinkering around the edges of a gap large enough” for politicians to drive that bus through.

Broadcaster Tova O’Brien calls the current rules an “absolute farce”, and welcomes any improvement to them, saying the latest announcement is “bold” but “nowhere near as bold as it could have been”.

Writing in the NBR yesterday, Brent Edwards worries that the reforms are somewhat kneejerk and reminiscent of the last Labour government’s debacle over the Electoral Finance Bill. He suggests that Labour is trying to deflect criticisms of this week’s watered-down announcement by saying that a wider review is coming with the “Independent Review of the Electoral Act”.

It’s questionable as to why the rushed decisions are being made this week, prior to that more independent process. It taints the whole process, suggesting that it’s badly designed and self-interested. As Brent Edwards writes this week, “it would surely be better to leave changes of this nature to that review. Then at least there would be no suspicion that the change was being driven by partisan political imperatives and it would be more likely that some political consensus could be reached on what needs to be done.”

The main change announced by Labour this week is that the threshold for disclosing donations will be dropped from $15,000 to $5000. This is quite a big change.

However, what the Ministry of Justice had proposed was that it be reduced even further – to just $1500. It’s also worth pointing out the VUW survey on political finance found that 64 per cent of New Zealanders favoured a disclosure threshold of only $1000. And in fact, 40 per cent thought that donations over $100 should have to be declared.

In this context, the government’s reform doesn’t go anywhere near what experts and the public are wanting. So why did the government water down the Ministry of Justice proposal that donations above $1500 have to be declared?

Deputy Prime Minister Grant Robertson explained that they didn’t want the rules to be too tough on the political parties and their administration: “The further you go down, the administrative cost and burden starts to counterbalance what you’re trying to achieve.”

Others have speculated that the Labour government worried, like National, that lowering the threshold for disclosure would lead to fewer donations, and hence the politicians didn’t want their funding sources to dry up. On this, Tova O’Brien has labelled the government as “self-serving” for watering down the officials’ advice just to suit their own interests.

The Herald has called for much more transparency than the Labour government is proposing, saying that virtually all donations should have to be declared: “It is past time to stop anonymous donations altogether. No one expects to know the source of every coin thrown in a collection bucket. But it is fundamentally inimical to the principles of democracy for thousands of dollars to go into political campaigns without voters knowing where they came from.”

Large donations to be reported less often, but with a lower threshold

The current rules ensure that very large donations to parties – those above $30,000 – are declared to the public more urgently than just once a year. The idea is that the public should know about such contributions at the time when money might have an impact on political party decisions. Regular disclosure is seen as crucial.

Surprisingly, the government has decided to weaken this mechanism, by abolishing the provision for non-election years. The reasoning is not clear, but observers have seen it as a significant rollback of transparency.

For example, one blogger has characterised this decision as a “nasty twist” in the reform package, saying this “means that in two years out of three, we won’t be able to quickly see who is attempting to buy our political parties, instead learning about it after the policies have already been sold. This is a significant backwards step, despite the lowering of the trigger point, and it’s absolutely tone-deaf when the public has been consistently demanding more transparency. Heckuva job, guys. If you wanted to give the impression of a corrupt party with something dirty to hide, you’re going the right way about it.”

Similarly, electoral law expert Graeme Edgeler has been reported as saying this is very bad for transparency: “If some industry donates $50,000 after a bill goes through parliament or select committee, it would be useful to know that within 10 days, not 15 months later.”

But perhaps as a counter to this rollback of transparency, the government is lowering the election-year threshold for large donations to be regularly declared – from $30,000 to $20,000.

Financial statements of parties to be published

Potentially the most significant element of the government’s announcement is actually the detail that has received the least attention: that political parties will need to publish their financial statements each year. If this means that the politicians have to open their books, then this could be a giant leap forward for transparency.

However, at this stage there is very little information on what exactly this will mean. The devil will be in the detail, and if the requirements for what is included in the financial statements are minimal, then it might end up being worse than useless – it might be a way of the parties regaining the trust of the public while carefully controlling what financial information they share.

There have already been suggestions that the financial statements won’t have to include many important details of political party money. For instance, the many millions of dollars made available by the Parliament Service “Leaders’ Budgets” – a form of state funding of parties – will still be unaccounted for. These budgets, which are often used for electioneering, won’t be in the financial statements. The details of these budgets will remain secret because the politicians have given themselves an exemption from the Official Information Act.

The various “cash for access” schemes run by cabinet ministers and party leaders will also remain unregulated in these financial accounts. Journalist Andrea Vance has explained: “The new rules won’t tackle ‘cash for access’ schemes – which allows wealthy citizens to pay for an audience with ministers and political figures.”

Other commentators have this week lamented that the government is unwilling to clean up this area. For instance, Tova O’Brien has asked rhetorically: “Does the single mum, working three jobs, living in substandard housing in overpriced Porirua who can’t access government support – can she shell out a couple of grand to tell the PM directly about her family’s needs, her community’s?”

There is nothing in the reforms that directly deals with allegations that donations lead to government appointments and contracts for businesses. Some critics want more transparency in these government decisions. The suspicion has always been that the parties that go into government will know which companies or individuals have supported them, and are therefore able to reward them with contracts. For example, in the past there have been proposals that ministers shouldn’t be allowed to know the identity of donors to their parties.

However, in a strange sort of way, the National Party’s spokesperson on electoral law, Chris Penk, has added credence to the idea that New Zealand governments pay attention to donations when awarding contracts. He has argued that those parties in government shouldn’t be able to know too much about donations given to opposition parties, or else they might not give those companies contracts. This is reported by Brent Edwards, who says: “He said there were legitimate concerns businesses had about access to government contracts if they were seen donating to another political party.” National’s solution, however, seems to require less transparency on donations.

Finally, it’s worth noting that former Labour Party president Nigel Haworth tweeted this week about this topic: “Does National want to open up a forensic assessment of recipients of grants, appointments and the like over, say, the last 15 years? I for one would be delighted to see such openness.” In response, former National insider and staffer Matthew Hooton pointed out that this sort of anti-corruption drive wouldn’t work, because “New Zealand doesn’t have sufficient jail cells for this to be sensibly implemented.” 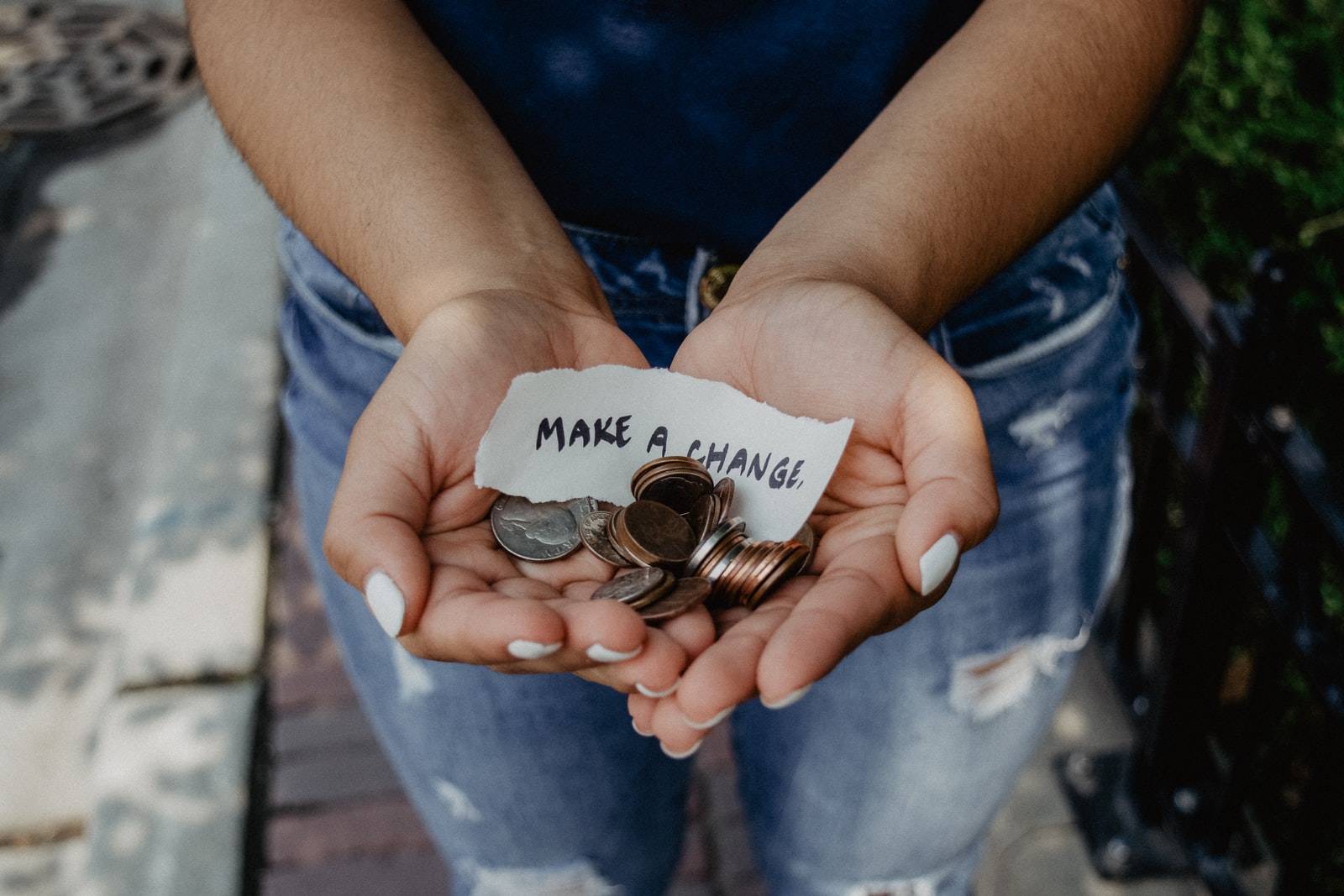