On a wet dismal day in February 2022 thousands of Kiwis stood in the rain, waving and even saluting a convoy of vehicles that drove from the bottom of the South Island and from the tip of the North Island, heading for Wellington. There were people on bridges and along the highways with banners and flags. The convoys were on their way to the capital city of NZ. Along the route Kiwis provided food, drink, shelter and encouragement, indicating their support for the travellers. The convoy message was simple: they wanted to meet with representatives from the Government to let them know they had had enough. They wanted their freedoms back.

The overarching political decisions that were thrust upon them had completely changed the mood of the country and they were upset and shocked. They became aware that the new alienation between people was deliberately engineered and sustained by Jacinda Ardern, the prime minister. The political decisions taken by this socialist leader had caused huge division and difficulties over two years.

The not-so-subtle last straw was a video of Ardern when she fostered prejudice as she confirmed two classes of people in this country.

In the midst of a Covid-19 pandemic scare, Ardern took the opportunity to use a recognised pathway of stages known to be used by dictators to segregate then control people. Thankfully, thousands saw through it and no longer wanted to go along with her merciless rules and laws. Instead, they joined the others at the now huge Freedom Village that had developed on the parliamentary grounds, in front of the Beehive.

Many of these peaceful freedom-loving Kiwis had been cancelled and vilified, lost their jobs and experienced social exclusion and disconnection from areas of normal life: no longer able to visit a restaurant, cafe, gym, hairdresser, concert or sports event. They did not like seeing any part of the population that did not want to go along with her daily propaganda spiels or worse, be cancelled or criminalised.

History has shown one of a government’s precursors to control is to demonise the perceived enemy. Ardern did so devoid of any empathy with these people; some now unemployed and forced into poverty.

While this does not equate with the level of Second World War horrors, there can be no question that there are similarities. Each stage of this pathway was exacted by Ardern upon New Zealanders.

In The Pathway to Persecution, Dan Astin-Gregory lists the stages.

Stage 1. Classification: All cultures have categories to distinguish people into “us” and “them”. Unvaccinated are classified as “other”.

Stage 3. Discrimination: The unvaccinated have rights removed and are prevented from fully accessing society ‘for the sake of humanity’.

Stage 4. Dehumanisation: Dehumanisation overcomes the normal human revulsion against harm to others. One group denies the humanity of the other group. The unvaccinated falsely become equated with transmission of the virus and disease. At this stage, propaganda in the media is used to vilify the unvaccinated as being less than human and even alien to their society. They are indoctrinated to believe “We are better off without them”.

Stage 6. Polarisation: Against the oppressed groups through propaganda.

Stage 7. Preparation: Remove people. In Australia, even if you did not have Covid, you went into an isolation camp.

Stage 8. Persecution: People harmed by being forced to get vaccines regardless of known risks of injury (or death) and then to have additional jabs to keep a job.

Check this interview with Dan Astin-Gregory, host of the Pandemic Podcast:

Two more stages identified by Gregory H Stanton (1998) are Stage 9, Extermination and Stage 10, Denial. As in the Second World War.

The dehumanisation of unvaccinated nurses, teachers, border workers, doctors, firemen, lawyers and ordinary folk of this country had never been seen before. MPs on both sides of the House were unwilling to enter into dialogue with them. Some might say they “were simply following orders” but, by staying away, they were complicit in dehumanising an ‘outgroup’ as less deserving of rights and feelings than an ‘ingroup’. Individuals experienced character assassination, while the group was labelled as dangerous, vile, public defecators, feral and negatively labelled anti-vaxxers. Michael Wood referred to them as “a river of filth”.

Dehumanisation is linked to a range of social, psychological and demographic antecedents with far-reaching social and psychological consequences. The MSM blatantly aligned themselves with Ardern’s marginalisation of a group of human beings.

TV reporter Patrick Gower has stated these people were dangerous and disgusting:

Lack of social connection has enabled new friendships to be formed; all the while Ardern’s polls continue to sink. 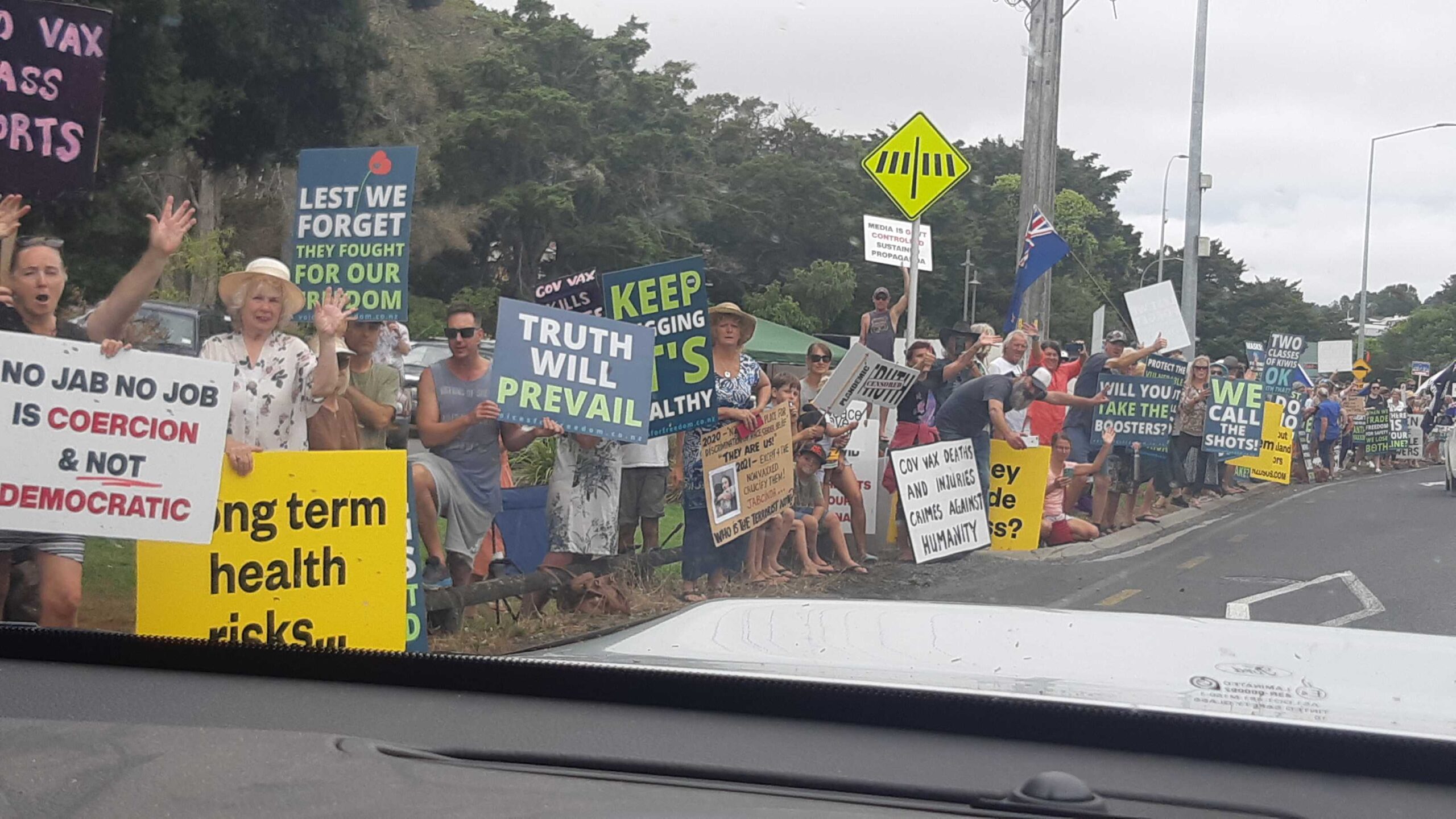