As I’ve been reporting, the legacy media outside NZ are slowly waking up to the fact that all is not well in Jacinda Ardern’s Magic Kingdom. Unburdened by the Faustian pact that the local media have made with the Ardern government, under the guise of the “Public Interest” (so-called) Journalism Fund, foreign media have begun to notice Ardern’s plummeting popularity — although the slow kids at The New York Times cannot for the life of them Really Funny?”>figure out why.

The smarter Australian media are well onto Ardern’s case, though. Especially her near-universal failure to deliver on every policy front.

So much so, in fact, that some are beginning to wonder:

The words “failed state” usually conjure images of violent anarchy, like Somalia or Libya. But there is another way a state can fail: the government and civil institutions become so thoroughly enervated and incompetent that they simply cannot deliver even the most basic functions of the state.

Across all areas of public life, New Zealand’s institutions are failing, at every level.

Consider, simply, the abject failure of the Ardern government at nearly everything.

The latest Ardern brainfart is its “Road to Zero” campaign.

Its ambitious goal: no more deaths or serious injuries by 2050. The promotional awareness campaign will cost $15 million over three years.

Yet, as RNZ found out, since 2018 NZTA has installed less than a fifth of the road-safety barriers due by 2024.

On these numbers, the “Road to Zero” could be a long one.

The story is the same across every Ardern policy area.

Housing was one of Ardern’s signature campaign promises in 2017. Yet the housing crisis has only grown exponentially worse. Prices and rentals continue to skyrocket. In just five years, emergency housing grants have grown by 1000 per cent, to over $100 million.

At the same time, the government’s vaunted KiwiBuild program has reached the midpoint of its timeline — and only delivered 1.3 per cent of its promised housing.

Ardern promised to make child poverty a personal crusade, appointing herself Minister for Child Poverty Reduction. Five years later, New Zealand is “one of the worst places in the developed world to be a child”.

New Zealanders used to be proud of their education system, which was considered world-class.

Today, the only measure by which New Zealand schools lead the world is in declining standards.

Reading and literacy have dropped dramatically in the OECD’s PISA rankings. The mathematics skills of New Zealand’s 15-year-olds are only as good as those of 13.5-year-olds 20 years ago. Despite an increase in education spending per student, more than 40 per cent of school leavers are functionally illiterate or innumerate.

Aside from such big policy failures, New Zealanders are bombarded with worrying news daily. There are GPs reportedly seeing more than 60 patients per day. Patients are treated in corridors at some hospitals’ A & E departments, where waiting times now often exceed ten hours.

Even as Ardern brags to American talk show hosts about her gun laws, shootings are a daily occurrence on Auckland’s streets.

The only area the Ardern government succeeds is in haemorrhaging money and expanding taxpayer-funded bureaucracy. In the case of its “Road to Zero” campaign, it has nearly doubled NZTA staff: but only with HR workers, managers, accountants, admin staff and “communications officers” (spin doctors).

None of those mentioned above will ever install a bollard, put up a road sign, or fix a pothole […]

NZTA is symptomatic of a much wider problem in New Zealand, even though it is only a small puzzle piece. Faced with a serious problem, the government sets an ambitious long-term goal. It then launches massive public relations campaigns. Following that, it blows up the bureaucracy but fails on deliverables.

And New Zealand’s once-admirable liberal democracy — it’s no mistake that Karl Popper wrote his magnum opus, The Open Society and Its Enemies, contrasting liberal democracy with the authoritarian regimes of Fascism, Nazism and Communism during his WWII residence in New Zealand — is collapsing into bureaucratic inertia and a government-sanctioned move to racist, tribal rule.

And with the country’s notorious outlaw motorcycle gangs shooting and murdering with impunity — and even receiving government money and civic appointments — a Somalian warlord-style future isn’t as unthinkable as it might have been. 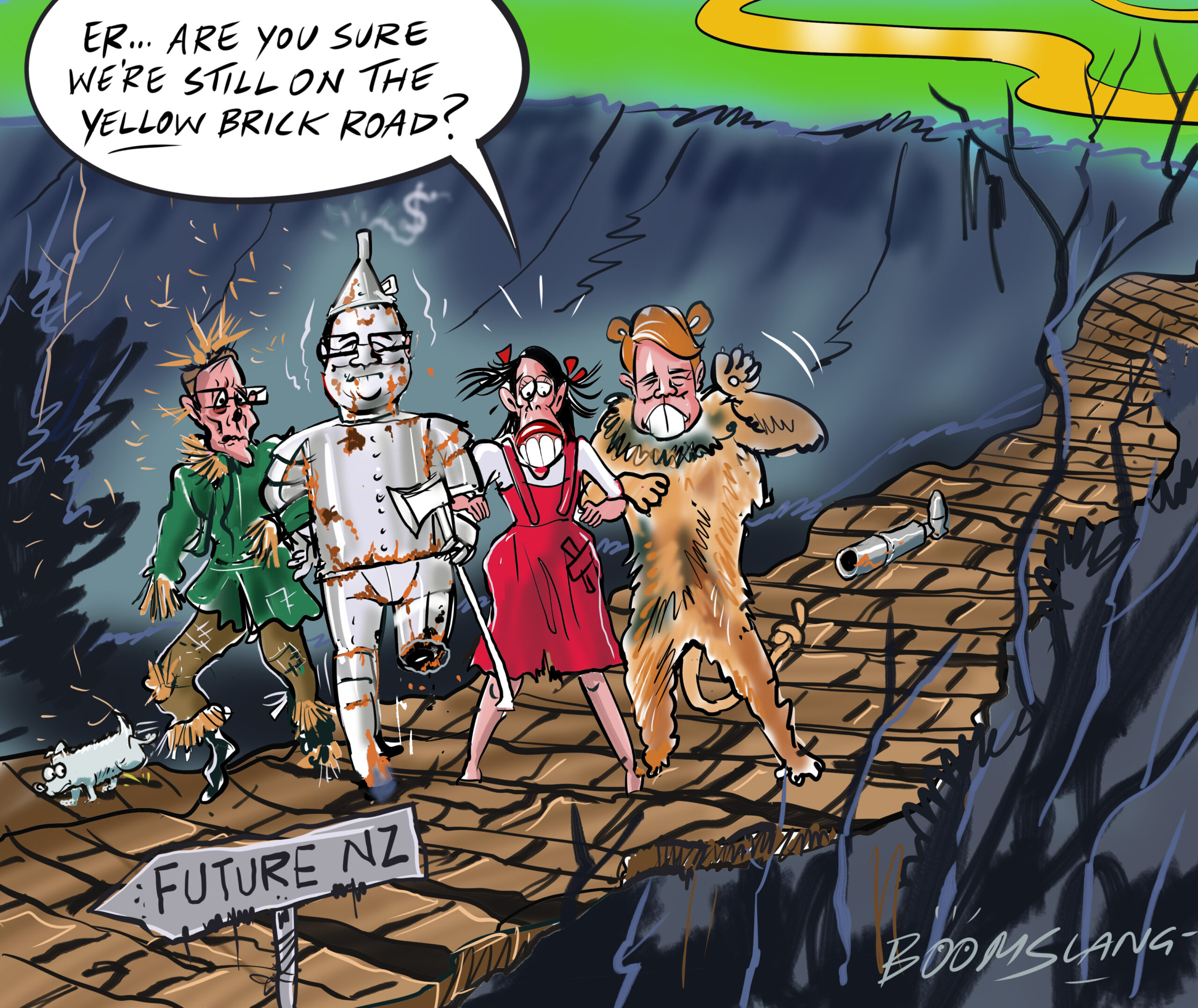