I am a veterinarian and in addition studied molecular biology, genetics and biochemistry. I am currently self-employed as a consultant which includes assessing protocols based on scientific principles.

There is no vaccine that is injected into the muscle that can ever protect against a viral respiratory tract infection.  None of the Covid vaccines can work.

An intranasal delivery is the only method that could produce secretory IgA antibodies in the respiratory tract.  This has been developed for the ’flu but I’m not sure if that works yet – however, this has been successfully developed for kennel cough in dogs.

Let me explain in medical terms why the unvaccinated should not be concerned.

Natural immunity has always been superior to vaccine immunity; Fauci even stated this himself when being interviewed about the ’flu vaccines when they were new on the scene.  And in addition to this has testified that:

“We need to prevent infection and transmission. We know we cannot do that unless we get a highly effective mucosal or intranasal vaccine.”

Natural immunity provides protection against several different types of proteins on the outer protein shell of the coronavirus. When the immune system is presented with a novel molecule/protein of a pathogen (the antigen), this triggers the production of antibodies, called immunoglobulins or Igs, which are specific to those antigens.

With natural immunity, an individual will produce several different antibodies to the 12 or so different proteins on the whole virus. Note, only one of these proteins has been identified as a concern: this is the spike protein. Vaccine immunity on the other hand only produces antibodies specific to the one toxic spike protein based on the original Wuhan strain.

There is also research confirming that if an individual were naturally exposed to SARS-COV-1, then they would have some level of protection against SARS-COV-2 since the viruses are very similar (approximately 85% the same).

There are different groups of antibodies: immunoglobulins produced to protect against the same antigen.  These are grouped into IgA, IgD, IgE, IgG and IgM.

IgA is found in mucosal areas, such as the gut, respiratory tract and urogenital tract, and prevents colonisation by pathogens.

IgD functions mainly as an antigen receptor on B cells that have not been exposed to antigens.

IgG: four forms, provides most of the antibody-based immunity against invading pathogens but cannot cross into the respiratory tract if produced in the blood.

IgM is important in the early stages of immunity before there is sufficient IgG.

The vaccines that are injected into muscle in the arm produce only IgG and circulating IgA in the blood.  These antibodies are not able to cross the epithelium into the respiratory tract and would never have been able to provide immunity in the first place.  Only secretory IgA produced by lymphocytes located directly underneath the lining of the respiratory tract can prevent viral respiratory infections.

Original antigenic sin is another conundrum. In simple terms, this creates an imprint of an antibody to the original Wuhan spike protein that effectively blocks the immune system from developing any other effective antibodies against spike proteins in new variants.  And Pfizer is aware of this:

‘Pfizer is also aware of the possibility of original antigenic sin and pathogenic priming (unwanted immune responses that leave one worse off in response to a virus than if one had done nothing). Pfizer warns parents of clinical trial participants that “it cannot yet be ruled out that the study vaccine could make a later COVID-19 illness more severe”.’

Another interesting fact is that the four major pharmaceutical companies all decided to develop vaccines using the full-length spike protein rather than any other of the benign proteins.

“There could be no worse jab antigen pick: toxic, rapidly mutating to escape vaccinal immunity, and having humanlike protein sequences to provoke autoimmunity.  In a video interview Dr Yeadon decries singular use of the SARS-CoV-2 viral spike protein for Covid vaccines as highly toxic, rapidly mutating to enable vaccinal immune escape, and containing too many human-like amino acid sequences, provoking autoimmune reactions in many injectees”

The definition of a vaccine has also come into question. Traditionally the most effective vaccines have been either attenuated live (non-pathogenic) or dead whole viruses.  The mRNA ‘vaccines’ are neither.

The mechanism in which this works is that the mRNA is a genetic code which is distributed throughout the body, including the brain, vital organs and ovaries/testes. The protein factories inside each cell then produce the spike protein which is then incorporated into the host’s own cell membrane. There are some data confirming cells will produce spike proteins for over seven months, the immune system will kill the cells if there are antibodies produced to the spike presented by these cells which is not a good outcome in my book.

As I said to my GP: “Why would I want to bypass my first line of defence which is my respiratory tract, to directly produce this toxic protein throughout my entire body via gene technology?” 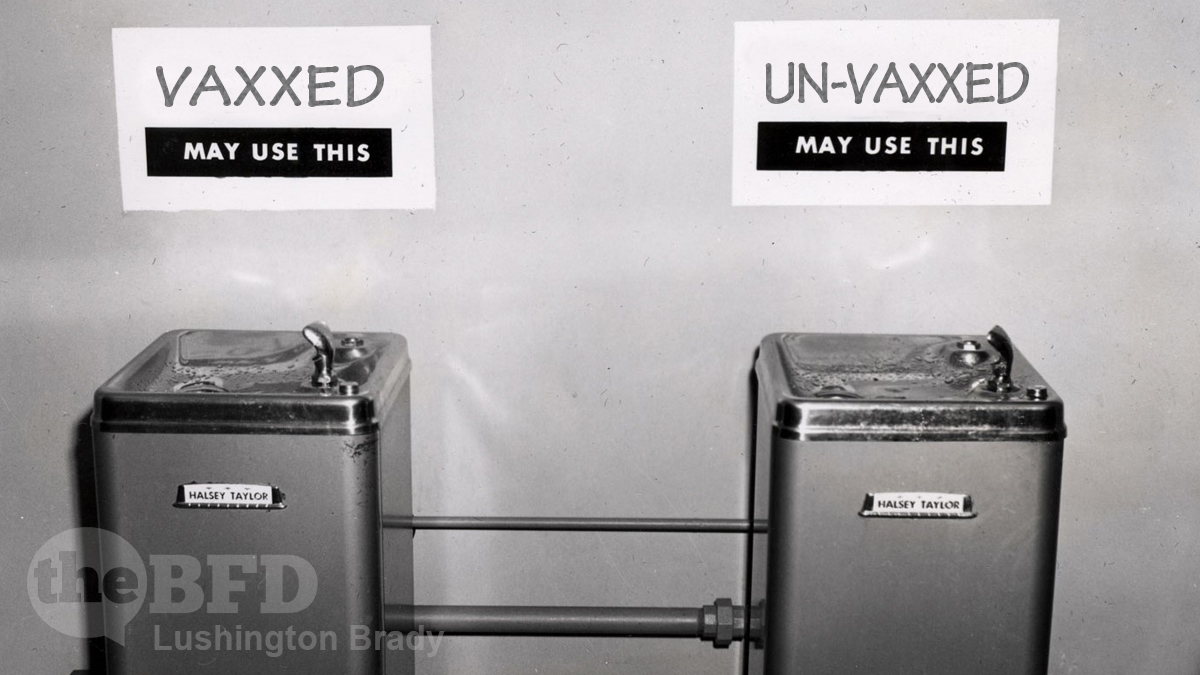