Skip to content
How the Australian media views New Zealand's politics. The BFD.

As I’ve been reporting, at least some of the legacy media here in Australia are putting down their rose-tinted binoculars and taking a jaundiced look at their one-time progressive fairy-princess. Jacinda Ardern’s fall from her pedestal is so dramatic, though, that even the doyen of America’s left-media, The New York Times, is starting to take notice.

As I’ve warned, though, the Australian legacy media know next to nothing about Ardern, let alone New Zealand politics in general. Americans, having never declared war on New Zealand, know even less about the place.

So the Times piece is naturally almost comically ignorant. But the grim fact for Ardern remains: she is so on the nose at home that they’re starting to notice the stink clear across the world.

New problems in New Zealand like inflation and gang violence and old problems like unaffordable housing have sent her polling numbers to new lows as an election looms next year.

The latest spike in inflation might be new, but gangs hardly are. The only difference lately is that, apparently emboldened by constant Ardern Government pandering (not to mention funding), gangs are really going at it hammer-and-tongs.

House prices are a long-running problem, sure — but remember that Ardern came to government promising to fix it. How’d Kiwibuild turn out again? Like Ardern’s other Great Cause, child poverty, she’s only managed to make it worse.

The American media have, of course, even less grasp of reality in New Zealand than they have of America.

Abroad, Prime Minister Jacinda Ardern of New Zealand remains a leading liberal light. During a recent trip to the United States, she delivered the commencement address at Harvard, cracked jokes with Stephen Colbert and met in the Oval Office with President Biden. At each stop, she highlighted her successes in passing gun restrictions and handling the pandemic.

Even when she was boasting about both of those, she was demonstrably wrong. The Times is almost aware of it.

At home, Ms. Ardern’s star is fading. Rising prices for food, fuel and rent are making life increasingly difficult for many New Zealanders, and an explosion of gang violence has shocked suburbanites not used to worrying much about their safety.

Cue the Times’ shock that Ardern is suddenly not the fairy princess at home that she play-acts as, overseas.

Polls show her center-left Labour Party at its lowest level of support in five years, with an election looming in 2023. That, said Morgan Godfery, a liberal writer and senior lecturer in marketing at Otago University in Dunedin, reflects a view that Ms. Ardern is “missing in action” on the issues voters care about.

I’ll pause for the laughter about “center-left” to die down… I mean, you have a marketing lecturer from Otago Uni talking to the Times. Did you really expect a fact-based discussion?

Of course not. You just knew you were in for circle-jerking nonsense like this:

Mr. Campbell said the government had made progress on major issues despite Covid-19’s challenges. “We have got on with addressing the long-term challenges our country has faced, including overseeing the largest government housing program in decades, lifting tens of thousands of children out of poverty, and taking real climate action,” he said.

I give up. I can’t write anything funnier than that. 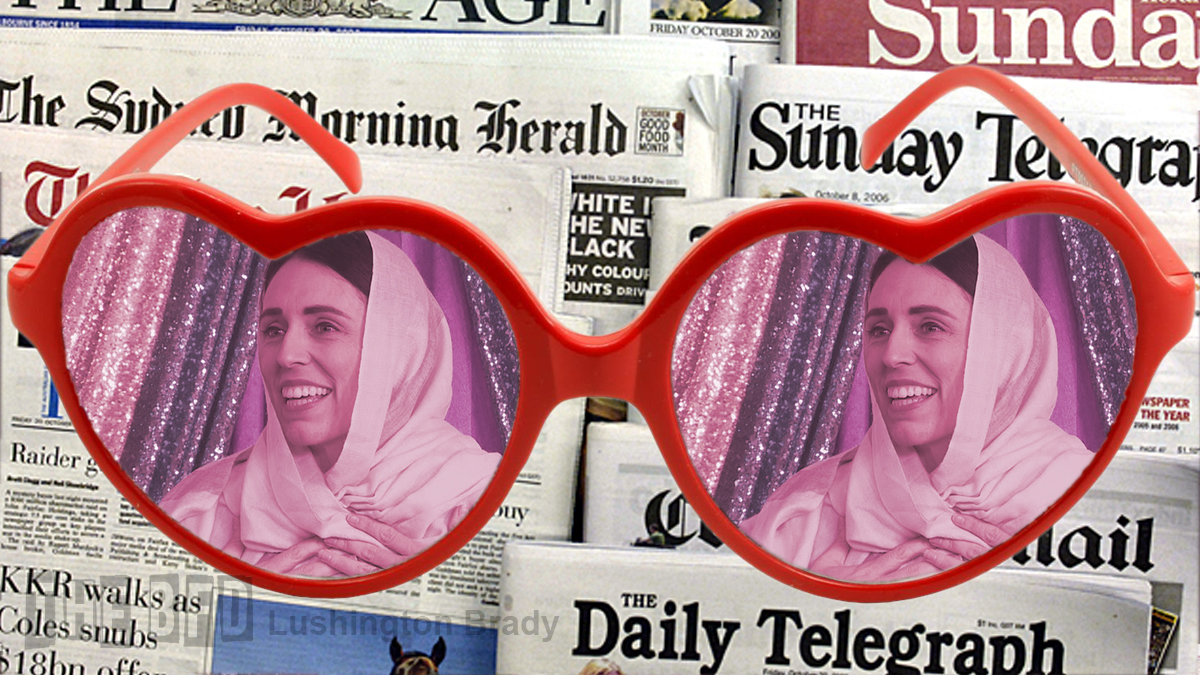