“Less than a month ago Floyd Du Plessis, the President of the Corrections Association (CANZ), wrote a letter to the Chief Executive warning of more assaults against prison officers if things didn’t change,” says Darroch Ball Leader of Sensible Sentencing Trust.

“Today it has been reported that an officer has been stabbed in the face multiple times, with a sharpened toothbrush, by a mongrel mob prisoner.”

“In that letter Du Plessis outlined the utter frustration the frontline officers were feeling about the failure of management to retain, recruit, and keep the staff safe.”

“He warned of the inevitability of more assaults, or worse, and it is only by luck that this officer was not killed.”

In the letter he said: “We cannot, and will not, allow things to drag on. Our members/your staff deserve better leadership, better training, better support and better and safer working conditions…And there is no time left to waste, because another staff member will have been assaulted or worse, killed on duty and under your watch…”

“The cotton wool approach to prisoner management over the past few years has been the root cause of this issue – and the union have not held back in expressing this.”

“This is all during the much-lauded drop in prison muster by nearly thirty per cent.”

“The Minister continues to not only ignore the situation but to make excuses for it – saying it is only because of the increased reporting that the numbers are increasing,” says Mr Ball.

“If he would only speak to the frontline officers he may understand that it simply not true, that they are under attack every day, and they are coming to the end of their tether.” 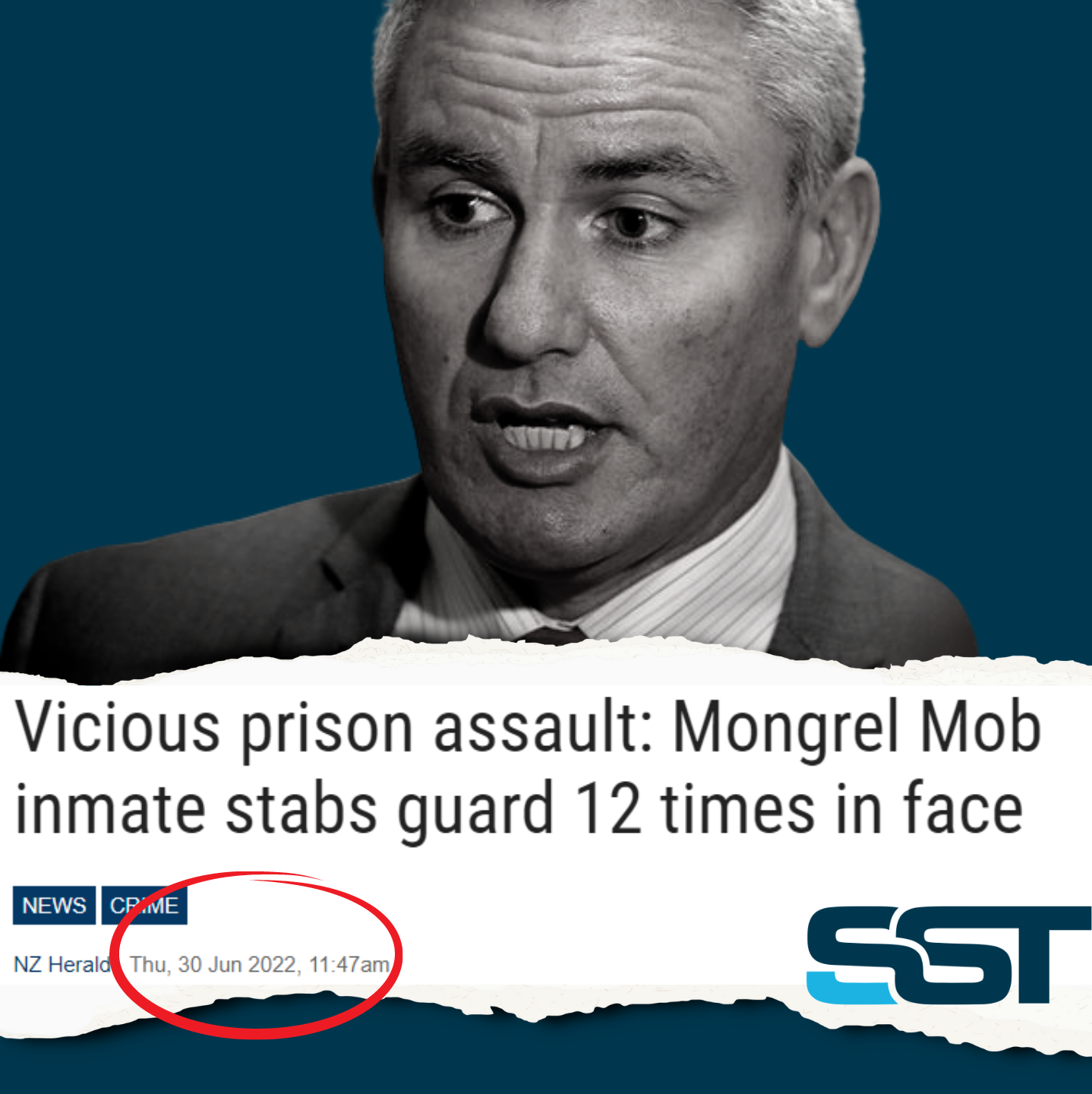