Skip to content
The state of NZ mainsteam media. The BFD. Photoshop by Lushington Brady.

It’s a sad fact of New Zealand under the crushing jandal of the Ardern government that its citizens are actively denied the right to be informed about the most momentous changes to their country’s governance in 182 years. The Fourth Estate is forbidden from upholding its duty to speak truth to power (even were it so inclined) by the Faustian pact of the “Public Interest Journalism Fund”.

In fact, the only interest being served is the interest of the government (of course, in true socialist fashion, Jacinda Ardern conflates her rule with “the people”, in the same way that communist China calls itself a “people’s republic”). As The BFD and The Platform have pointed out, the PIJF is structured such that the NZ mainstream media are required — or risk astonishing financial and legal penalties — to toe the government line on its program of stealthily foisting racial-separatist “co-governance” on New Zealand.

In fact, media who take the devil’s money from the PIJF are not even allowed to talk about what they have sold their souls for.

Like Soviet citizens of old, New Zealanders are forced to turn to overseas media in order to read anything critical of their Dear Leader’s Great Leap Forward into Co-Governance.

James Allan is Garrick Professor of Law at the University of Queensland, he is currently in New Zealand, speaking about the He Puapua report.

The gist of what I will be saying is that when you read He Puapua you soon realise it is a very radical report, pretty much what you might expect from a Maori Studies department in one (meaning any) of today’s left-leaning universities.

As Allan points out, right in its preface, the report brags about breaking “the usual political and societal norms … [and hope their report will lead to a breakthrough for changing the constitution].” If that sounds like constitutional vandalism, that’s just what it is.

Now you can somewhat disguise the underlying of what you are pushing when you deal in happy talk about “a partnership”, especially if someone is strumming Kumbaya in the background. But at the heart of all “co-governance” models is race-based or ethnic-based identity politics, in this instance one where one group represents about 15 per cent of the population and the other everyone else. Nothing about that sort of model is particularly liberal.

Equality is about treating individuals equally; equity is about engineering outcomes — always at the expense of someone else.

Pertinently, if co-governance is such a great idea, why is the Ardern government so bent on hiding it?

Alarmingly, despite protestations by NZ’s current Labour government that the report is neither policy nor an approved plan, its recommendations are being implemented under the guise of various justifications but never overtly confirming the driving force of UNDRIP or He Puapua.

This realisation of UNDRIP, for New Zealand, has seen the creation of a separate Maori Health Authority, changes to electoral representation at local government level, reclassification of conservation land to provide iwi control, and most recently the transfer of control of drinking, waste and storm water to a 50 per cent co-governance model.

Allan also highlights how the Treaty of Waitangi has been deliberately re-interpreted to try and justify the racial separatist agenda, by supposedly “referring to a guarantee of equity rather than simply equal rights”.

There is also the glaring fact that nowhere does the government define or provide a mechanism for defining who is “Maori”. In a system where rights are apportioned according to race, this is surely crucial. One suspects that the government establishing a “race register” would invite inevitable, unflattering — and undeniable — historical comparisons.

Finally and perhaps most importantly is the sheer un-democratic nature of the program and its genesis. The government is “shamelessly” elevating international law above domestic New Zealand law.

Domestic law is subject to “incredibly high democratic credentials”: every citizen votes for the elected representatives who pass domestic statutes. The most important changes are decided at referendum or plebiscite.

Where is the democracy in international law? In the US, all international treaties must pass a two-thirds vote in the Senate. Who votes for UN declarations — which do not even have the status of a treaty or convention? Non-elected panels of bureaucrats. In the Westminster countries, unlike the US, they are not voted on by the citizens or even their representatives. Instead, they are passed by the prerogative power of the prime minister and cabinet (which means, in practise, the prime minister). Parliament or the people have no means to veto or gainsay it.

Yet this UN declaration with these enervated, emasculated, second-rate democratic credentials is what the authors of He Puapua hang their hat on. It is one of the key foundations of their entire building. Let me be blunt. The legitimacy of this sort of foundation is so meagre and exiguous that it’s close to laughable.

New Zealand has — hitherto — been one of the world’s most successful parliamentary democracies.

Yet this is what Jacinda Ardern is bent on wrecking and replacing with a genuine apartheid system.

But the New Zealand media can’t tell you that, even if they wanted to. 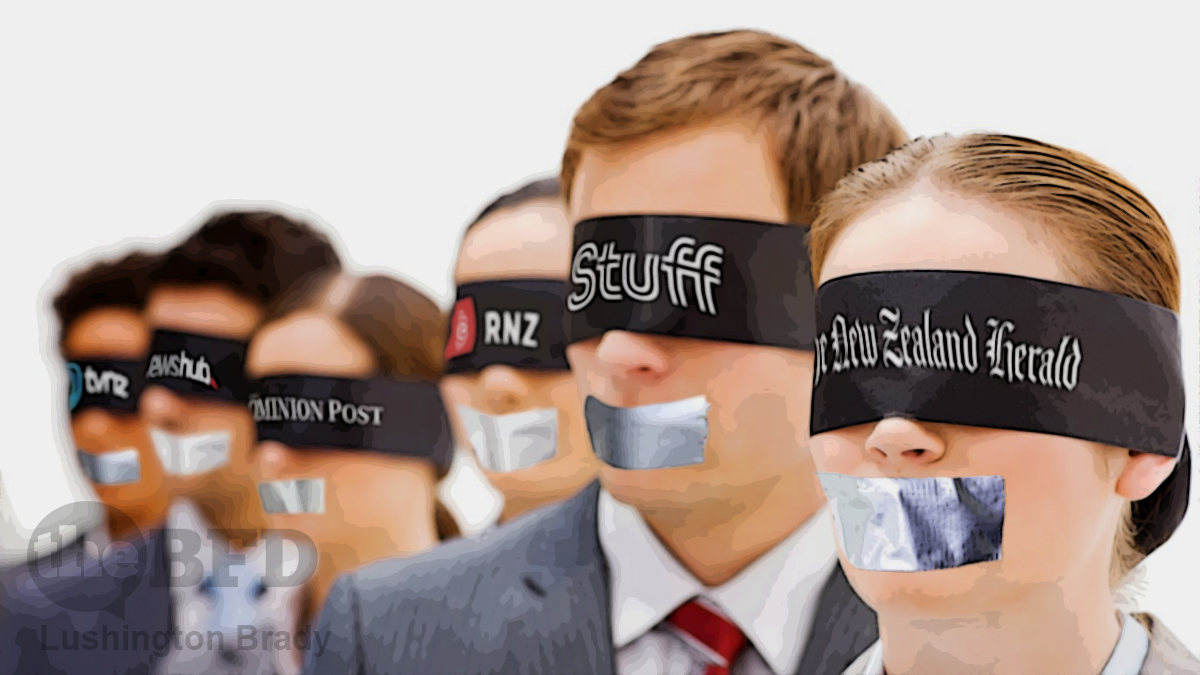