Skip to content
If the Parliamentary dress code reflected reality. The BFD. Photoshop by Lushington Brady.

Another day, another round of japes, gambols and pratfalls in the clown show that is Australian politics. We’ve got the Amazing Albo the Backflipping Buffoon, Adam and his Disappearing Flag, and the magic of Lisa Wilkinson who rubs her ego and makes fair trials disappear.

“Anthony Albanese now says he won’t and refuses to explain why he’s had the change of heart.

We all know why he’s changed his mind: he knows he would embarrass too many of his Labor colleagues, from Dictator Dan to Sneakers McGowan.

Next up in our cavalcade of clowns is Greens leader Adam Bandt, who hates his own country so much he won’t even be seen with its flag.

Adam Bandt’s refusal to stand in front of the Australian flag as Greens leader has been labelled divisive and “childish virtue-signalling” by Indigenous community leaders, who say it is contrary to the spirit of reconciliation […]

Mr Bandt’s practice since becoming Greens leader in 2020 has been to remove the Australian flag from behind him when conducting press conferences.

Bandt’s excuse that he’s only thinking of the Aborigines and their poor widdle feelings isn’t going over too well with actual Aboriginal Australians. Especially those who are only too aware of his blatant political expediency.

Hannah McGlade, a lawyer and lifelong advocate for the human rights of Aboriginal women and children and an expert adviser to the UN on the rights of Indigenous peoples, slammed the move. “I went to law school with Adam Bandt, who never showed an interest in Aboriginal issues,” she said.

But then, “Expediency” is Bandt’s middle name. This is, after all, the student Marxist who openly bragged about “infiltrating” the “bourgeois” Greens and using them as a platform for his Marxist agenda.

If he’d actually asked Aboriginal people, he might have realised that a great many don’t have an issue with the Australian flag.

Northern Territory senator-elect for the Country Liberal Party Jacinta Price said the removal of the flag was “very disrespectful to all Australians.”

“It’s becoming a little bit childish for leaders to be virtue-signalling about who loves Aboriginal people more,” she said.

“There’s a lot of Aboriginal people out there who I’m sure like myself can see right through it. Just get on with representing all Australians, that’s what we are all elected to do regardless of our backgrounds. It is racist of Bandt to continue to paint Aboriginal Australians as helpless victims in need of rescuing by the likes of privileged woke MP’s” […]

Indigenous leader Warren Mundine also branded Mr Bandt’s reasoning as “childish and stupid … We are all trying to bring Australia together. That’s why we put the Aboriginal and Torres Strait Islander flags together with the Australian flag, so we are seen as one nation.”

Perhaps the most accurate rotten tomato thrown from the stands at the sad green clown comes from journalist James Morrow:

It’s a funny thing, isn’t it, how the left is always accusing the right of running culture wars and yet they are the ones who keep trying to wage war on the culture.

And now for the grand finale: watch a multi-millionaire bint from the Harbourside Mansion set make a fair trial disappear, just by polishing her ego.

Former Liberal staffer Brittany Higgin‘s rape trial could be delayed as the accused’s lawyers seek to have his court case postponed due to the publicity surrounding Lisa Wilkinson’s Logies speech.

Now, when I went to journalism school, one lesson that was banged into our heads was the concept of sub judice: meaning that while a trial is in progress, journalists have to be extremely circumspect. Commenting anything but what is said in court seriously jeopardises the trial and can even result in a mis-trial or contempt of court charges for the offending journalist.

So, when Wilkinson used her Logie speech to simultaneously stroke her own ego and praise the accuser, she was openly presuming the guilt of the accused.

Mr Lehrmann, who has pleaded not guilty, was due to stand trial in the ACT Supreme Court next Monday, but his defence team has filed a stay application to delay the hearing.

His lawyers cited the reason as renewed publicity of the case due to Ms Wilkinson’s Logie acceptance speech about her coverage of the story during the awards event on Sunday, ABC News reports […]

He said his client was not keen for a delay, but reactions on Twitter, Instagram, and in news reports proved the attention surrounding the case in the lead up to the trial.

‘He wants to get it on, but he wants a fair trial,’ he said.

This is clearly the last thing La Wilkinson and her mob of flappy-armed harpies want. It’s almost as if they’re worried that a fair trial won’t get the result they’ve ordered. 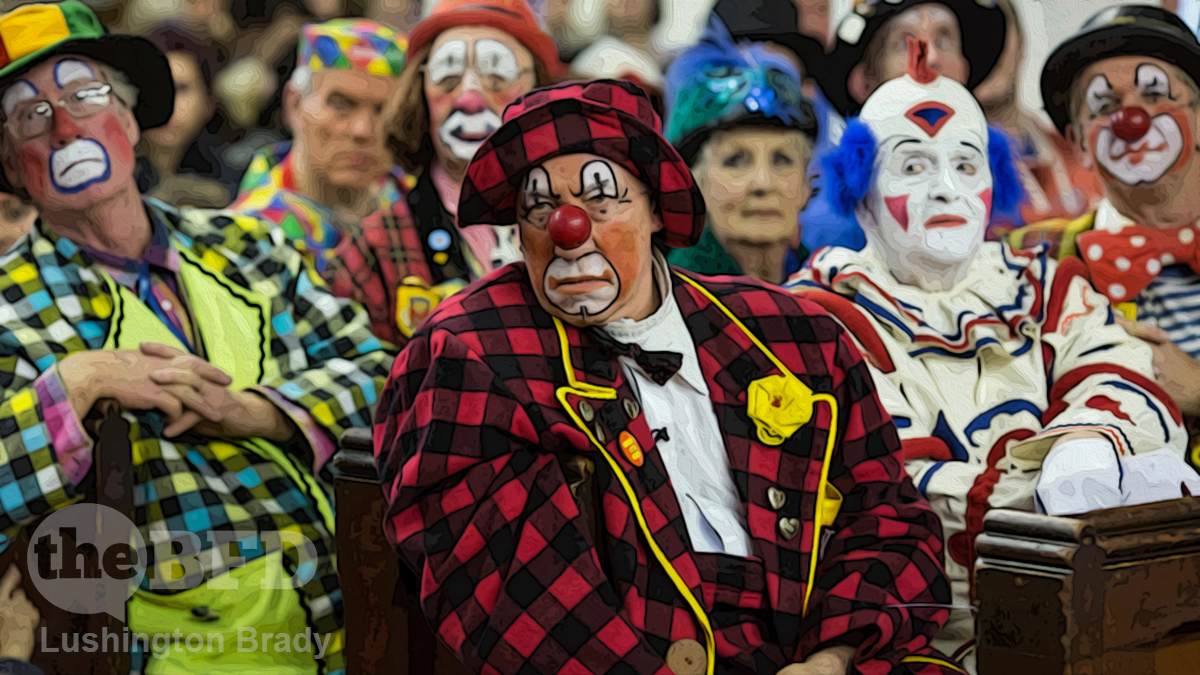