Skip to content
Women's sport has become the battleground for Trans activists. The BFD. Photoshop by Lushington Brady.

In one of the biggest rebukes of the nonsensical notion that men can become women just by saying so, Fina, the world government body for swimming, has ruled that “transgender” athletes will be barred from competing in women’s races “if they have gone through any part of the process of male puberty”.

Fina will also aim to establish an ‘open’ category at competitions for swimmers whose gender identity is different than their birth sex.

The new policy, which was passed with 71% of the vote from 152 Fina members, was described as “only a first step towards full inclusion” for transgender athletes.

The 34-page policy document says that male-to-female transgender athletes are still eligible to compete in the women’s category “provided they have not experienced any part of male puberty beyond Tanner Stage 2 [which marks the start of physical development], or before age 12, whichever is later”.

So, mediocre male athletes will no longer be able to humiliate elite women in the pool. Instead, they’ll have two choices: either join a modern-day sporting castrati from an early age or wait and join a freak show in sport’s sideshow alley.

Does anyone else think that this will be the end of the “transgender” fad in sport? It seems likely that, after an initial burst of morbid interest, the “open” category will fade into obscurity. Once the mediocre men who couldn’t cut the mustard in the men’s divisions are deprived of attention, the incentive to “transtion” and grab headlines in the women’s division will simply be gone.

It is also amusing to note, in the chorus of justifications for the decision, this rather telling admission:

Y’know, as if sex really is binary.

Then there are further statements of the bleeding obvious:

“Sport by definition is exclusionary – we don’t have 15-year-old boys racing in the under-12s, we don’t have heavyweight boxers in with the bantamweights, the whole reason we have lots of different classes in the Paralympics is so that we can create fair opportunities for everybody,” she said.

Why shouldn’t able-bodied athletes be able to “identify” as disabled, if that’s how they feel on the inside?

Not surprisingly, eligibility activists are having a right old flounce over the new rules.

“The eligibility criteria for the women’s category as it is laid out in the policy polices the bodies of all women, and will not be enforceable without seriously violating the privacy and human rights of any athlete looking to compete in the women’s category,” said Anne Lieberman, the [ ‘Athlete Ally’] group’s director of policy and programmes.

How dare they “police” the athlete’s bodies. Next thing you know, they’ll be asking jockeys and boxers to weigh in, and drug-testing runners and swimmers.

Without a blush of embarrassment, the tranny lobby blithers about “science”, all while denying outright the blatantly obvious bimodal distribution of human sex and the overwhelming, inherent advantages in strength that goes with belonging to the male sex.

“Even if testosterone is suppressed, its performance enhancing effects will be retained” […]

“By 14 years or older, the difference between boys and girls is substantial. That’s due to the advantages experienced due to the physiological adaptations in testosterone and the possession of the Y chromosome.

“Some of these physical advantages are structural in origin such as height, limb length, heart size, lung size and they will be retained, even with the suppression or reduction of testosterone that occurs in the transition from male to female.”

Then there’s the obvious addition of a tranny packing a cock in “her” swimmers.

Which is a sight that I suspect we won’t have to endure much longer, once these also-ran men are denied the opportunity to smash women’s records. 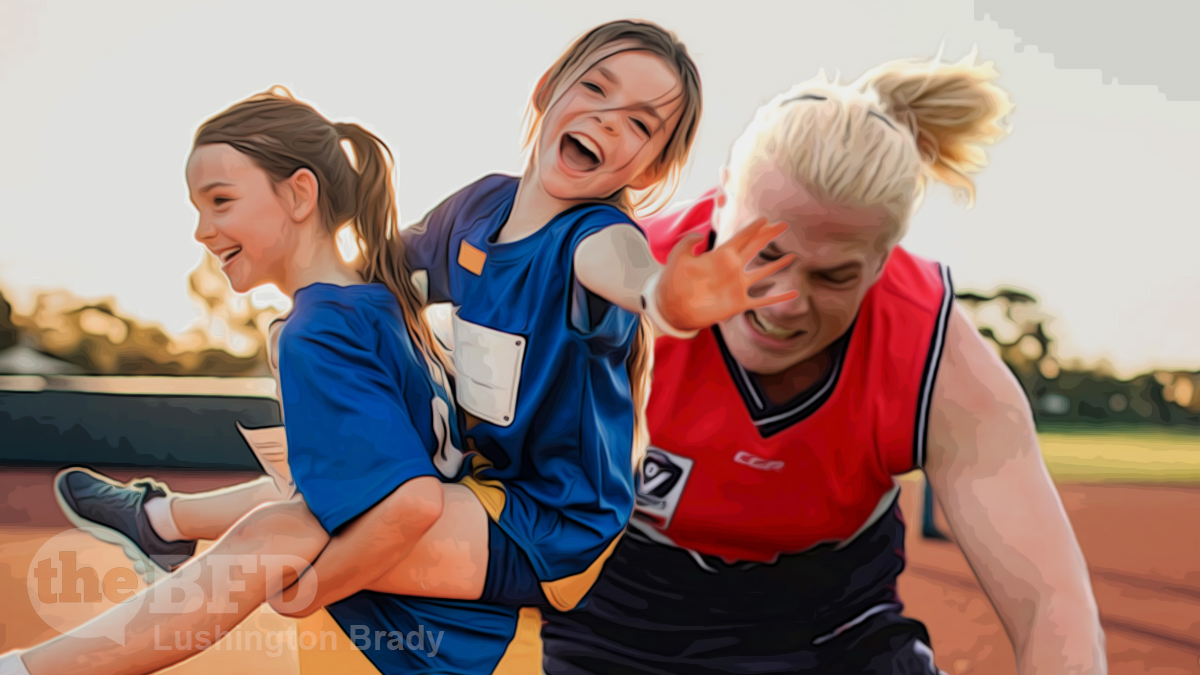