Anyone who’s read me for any length of time is probably aware that Pope Francis is not exactly one of my favourite people. Like too many mainstream Christian figures, he’s a weak, wet, woke bandwagon-jumper on any fashionable lefty cause. But even a busted cuckoo clock can occasionally hit the right time.

Still, imagine my shock to read the Pope saying something actually sensible on the one issue where nearly every establishment figure is hooting and honking in chorus and pounding on the same idiot propaganda drum.

The Pope has said Russia’s invasion of Ukraine was partly “provoked” by Nato but denied he is backing President Putin.

He condemned the “ferocity and cruelty of the Russian troops” and praised the “heroism” of the Ukrainians but warned against viewing the conflict as a fairytale battle between good and evil.

It goes without saying that the war is a bad thing. Innocent people dying is a bad thing. Putin ultimately bears the responsibility for launching it. The fierce resistance of a people to an invasion of their home is natural and admirable. But anyone who thinks – as too many do – that it’s some kind of black-and-white fairytale battle between good and evil is a liar, a dupe or an idiot.

There are or have been almost no wars that don’t involve at least some culpability on both sides. Even the Second World War, the classic case of a just war, which largely happened because Hitler so badly wanted it, still had a host of proximate causes that involved some guilt on the other side. Versailles, the appeasement policy and the resolute weakness over everything from the re-occupation of the Ruhr (where the Nazis could have been crushed like fleas) to the craven selling-out of Czechoslovakia, all contributed to making the war Hitler wanted that much more probable.

Similarly, a succession of US administrations were warned that pushing NATO east would be poking the bear. Ukraine in particular, they were warned, was the “brightest of red lines” for nearly all sides of the Russian political class. As I wrote for Insight, Russian history for the last half-millennium has been a series of invasions from the West, often from recently supposed friends and allies. Russia, then, is understandably paranoid. Which has led Russia to be aggressively expansionist in its turn. Which makes everyone else paranoid about Russia.

It’s a 500-year vicious circle. Which doesn’t excuse foolish provocation on either side.

He cited the warnings of an unnamed head of state – “a wise man who speaks little, a very wise man indeed” – who had visited him a few months before the war. “He told me that he was very worried about how Nato was moving. I asked him why, and he replied, ‘They are barking at the gates of Russia. They don’t understand that the Russians are imperial and can’t have any foreign power getting close to them.’?”

Clearly anticipating the Bush-esque screeches of “If you’re not with us, you’re against us!”, the Pope clarified his point.

While condemning the brutality of Russian troops, the Pope added that “the danger is that we see only this, which is monstrous, and we do not see the whole drama unfolding behind this war, which was perhaps somehow either provoked or not prevented”.

He insisted that his position did not make him a supporter of the Russian leader. “Someone may tell me at this point, ‘But you are in favour of Putin!’ No, I am not,” he said. “I am simply against reducing the complexity to a distinction between good and bad.”

Most importantly, the Pope draws attention to what I first touched on just 12 days into the invasion: NATO, the US principally, is cynically exploiting Ukraine as a proxy battlefield against Russia. This is more or less openly admitted by US officials. The Biden administration is callously sacrificing Ukrainian lives “over there”, so they don’t have to fight Russia.

The conflict was not a Little Red Riding Hood fairytale: “She was good and the wolf was bad. Here is no metaphysical good or bad. What is emerging is something global, involving elements that interlink,” he said, suggesting that larger geopolitical power plays and the global arms trade were fuelling an unnecessary conflict […]
“I would really like to emphasise this point. What is before our eyes is a situation of world war, global interests, arms sales and geopolitical appropriation, which is martyring a heroic people.”

Does Putin deserve infamy for launching an invasion? Absolutely. Was he provoked? Undeniably. Is it callous and immoral to use other people to fight a war that you don’t want to? 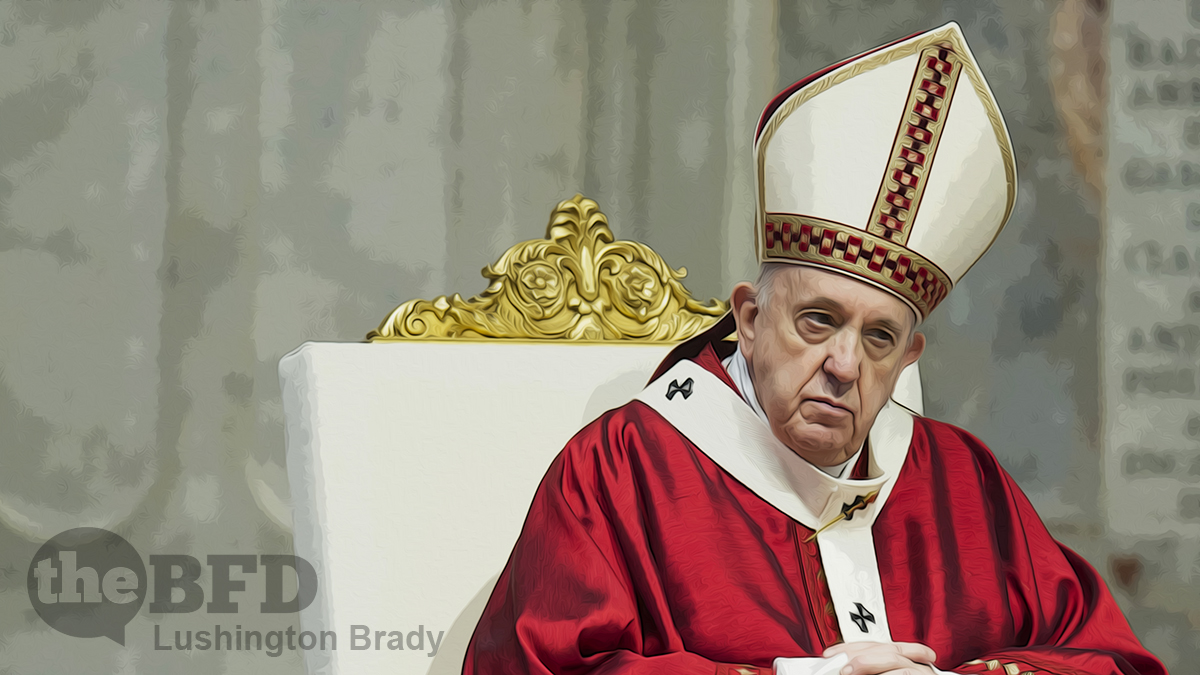