August 1973: Prime Minister Norman Kirk returned from a virtue-signalling overseas trip spent pontificating to everyone about how morally wicked they were compared to him by demanding a nuclear weapons ban (or some such twaddle). A few hours later he was interviewed by some press gallery hack asking impertinent questions, about food prices, wages and inflation, to the obvious frustration of the Prime Minister as the interview progressed.

It seems the peasantry – those ignorant fools unaware of true greatness in their midst – seemed obsessed with “bread and butter” issues (literally!) rather than his (supposed) great success abroad. The Prime Minister appeared genuinely sickened by the lack of sainthood accorded to him back in his home country. How small-minded and petty everyone else clearly was.

If you think I am exaggerating, dear reader, then watch the interview. Try not to laugh at how half a century goes by and not much has changed. The issues were still inflation, a food price crisis, broken election promises, and virtue-signalling Labour prime ministers. The man in the street was utterly bewildered at this “striding the world stage” palaver and the obvious contempt the Labour Prime Minister had for his supporters because they focussed on the “wrong” issues.

We can only speculate whether upon her return to New Zealand Ardern will be interviewed and asked tough questions about inflation, food prices, and other bread and butter matters. In 1973 the media may have been all Labour voters, much like today, but at least they acted professionally and didn’t feel they were the Labour party media unit. They felt holding a Prime Minister to account was important.

Do not be surprised when Ardern returns if she is given one infomercial after another by coo-ing and ahhhh-ing ‘journalists’ of the Jack Tame, Tova O’Brien and Simon Shepherd variety, about her inherent brilliance, sainthood and the ingratitude of the man in the street, all in a desperate attempt to breathe life into a fast rotting government. I cannot speak for you, dear reader, but if Jack and Jacinda start swapping anecdotes about their time in Noo Yawk it’s likely I will vomit.

What is truly fascinating about all of this, as I mentioned earlier, is how little changes. History really does repeat, lest any of you younger folk thought New Zealand 2022 was seeing anything particularly “new” taking place.

Equally fascinating is how mindbogglingly ignorant the socialists are. All those history degrees aren’t worth tuppence, it would seem, as the fools didn’t “learn” anything (albeit they would be required to actually “think” in order to do so). They are so unaware of history they see no parallels between the 1972 and 2020 general elections (hint: a “oncer” which quickly faded); no parallels between the events of 2022 and 1973 (hint: inflation, food prices, petrol prices, enormous economic uncertainty) – even including a war where a gallant people grabbed anything to hand and kicked far superior military nations in the goolies!

On the positive side, history repeating-wise; within a year the Labour Prime Minister from 1973 was gone and there was a swift change of government soon afterwards. 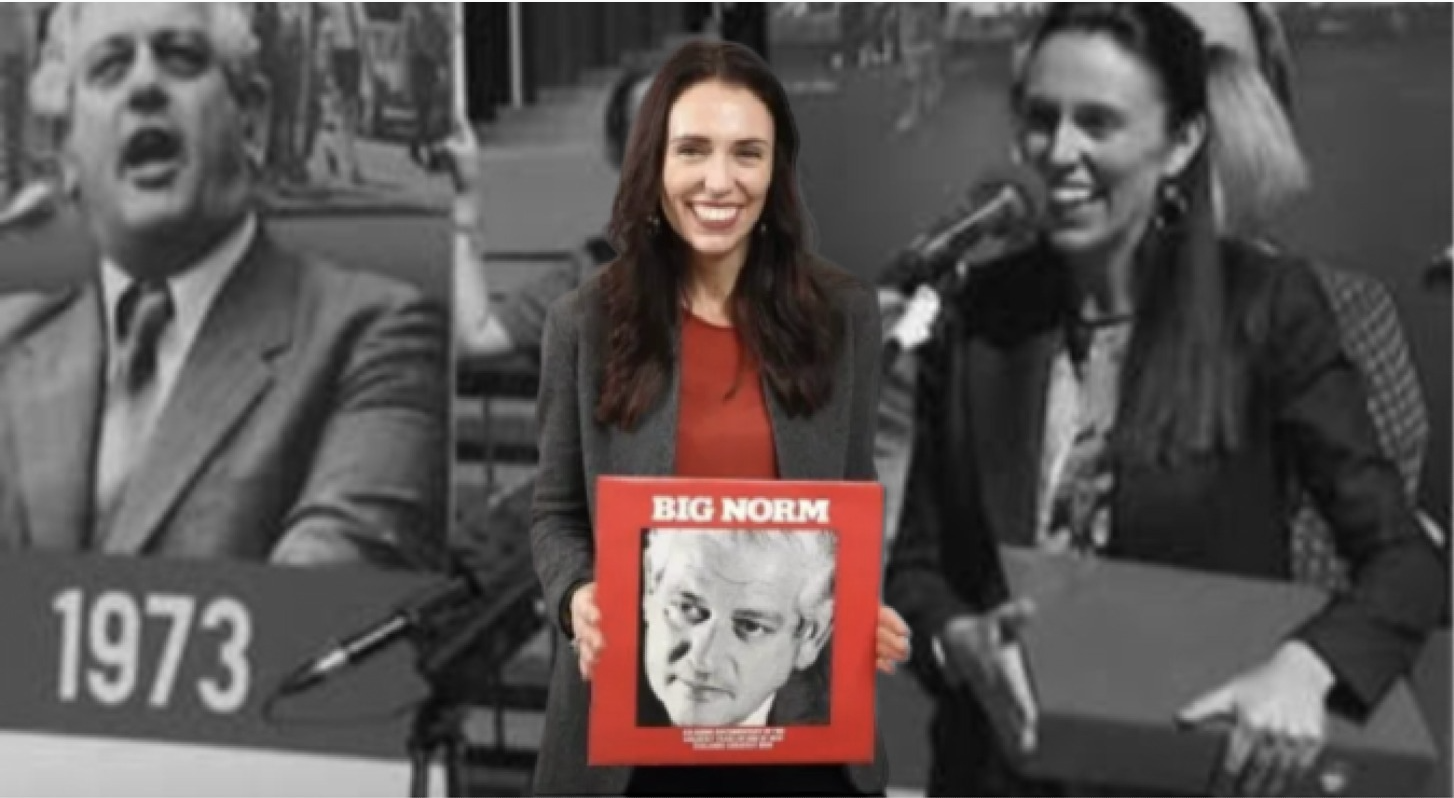