Skip to content
Five years of Jacinda-ism is flushing NZ down the plughole of socialism. The BFD. Photoshop by Lushington Brady.

As Jacinda Ardern plays Harry Potter dress-ups and basks in the adulation of the five people who still watch Stephen Colbert, not all international commentary is the sort of uncritical adulation she’s become accustomed to buying. Even on American tv shows that people actually watch, like Tucker Carlson Tonight, Ardern is just the “weird lady with the teeth”.

Closer to home, and so much better informed than Americans to whom New Zealand is just that place with hobbits, some commenters are looking across the Tasman and seeing, not a glorious rural socialist utopia, but a grim warning of the abyss we’re about to fall into.

If Australia wants to know what runaway inflation looks like, forget the US. It just has to look across the ditch.

The New Zealand central bank sees inflation peaking at 7 per cent in the June quarter and on Wednesday it put up the official cash rate another 50 basis points to 2 per cent with the expectation of much more to come. Australia’s cash rate currently sits at 0.35 per cent.

“I would say what the New Zealand government has is the early stages of a wages price spiral,” says HSBC chief economist Paul Bloxham.

It’s been a short, weird trip from 2014, when Bloxham gushed about NZ’s “rock star economy”. Suddenly, the rock star is a washed-up has-been, opening for bingo nights at the Invercargill bowls club. He’s here all week, try the chicken. Cheese is off the menu, sorry, folks.

Global pressures have hit New Zealand much harder than Australia. It is a smaller, less diversified economy and far more reliant on the free flow of goods, services and labour across borders. Closed borders, supply chain shocks and a roaring housing market ignited inflation. The decision on wages has simply added more fuel. “The minimum wage was lifted in line with the inflation print in April,” says Bloxham.

“Far more reliant on the free flow of goods, services and labour across borders”: this is the chickens of Ardern’s Fortress New Zealand policies coming home to roost. Add five years of increasingly blatant socialism, run by a government with the depth of experience and knowledge of Homer Simpson randomly pushing buttons in a nuclear control room, and New Zealand is a mirror, very darkly, of Australia’s near future.

Anthony Albanese has made it clear Labor wants to see the minimum wage keep pace with inflation, currently at 5.1 per cent.

“Prices go up, wages go up,” says Bloxham of the New Zealand problem.

“Whereas in Australia we haven’t got that as yet. It is a risk, but it’s not evident yet. The wages price index was running at 2.4 per cent in the first quarter.”

Looming next on NZ’s horizon is a series of rapid interest rate rises.

HSBC expects that by the end of the year, the RBNZ will have lifted its cash rate by 300 basis points in just over a year.

House prices in New Zealand have jumped 46 per cent since 2019, according to Lisa Hinson, the head of the urban property peak body Urban Development Institute, who spoke at the annual event of its local sister organisation in Sydney this week.

In just a year New Zealand mortgage rates have doubled, off a low of 2.5 per cent. The banks have yet to respond to this week’s rise in the cash rate. And 60 per cent of mortgages are fixed for less than a year. Hinson says that where a $NZ1m loan cost $25,000 in annual interest last year, by 2023 it will cost $NZ60,000 to service.

The RBNZ has said that 49 per cent of first home buyers who bought at the peak are likely to face serviceability stress if mortgage rates hit 6 per cent. Some banks are not far off that now […]

The RBNZ forecasts an increase in unemployment, a slowing of the economy and a decline in house prices (already down 10 per cent in Auckland). Rents are going up in New Zealand, as is homelessness.

Bloxham claims that Australia is trending down the same path, but its fall won’t be as extreme. Are we the “rock star” now? Gee, thanks: sounds like the kiss of death.

Interest rates in Australia have just had their first hike in the memory of many younger mortgage-holders. Older homeowners can still remember the 18% rates of the 1980s.

Bloxham’s sanguine assessment of Australia’s near future apparently reckons without the capacity of a Labor government led by a youthful socialist to really stuff things up. 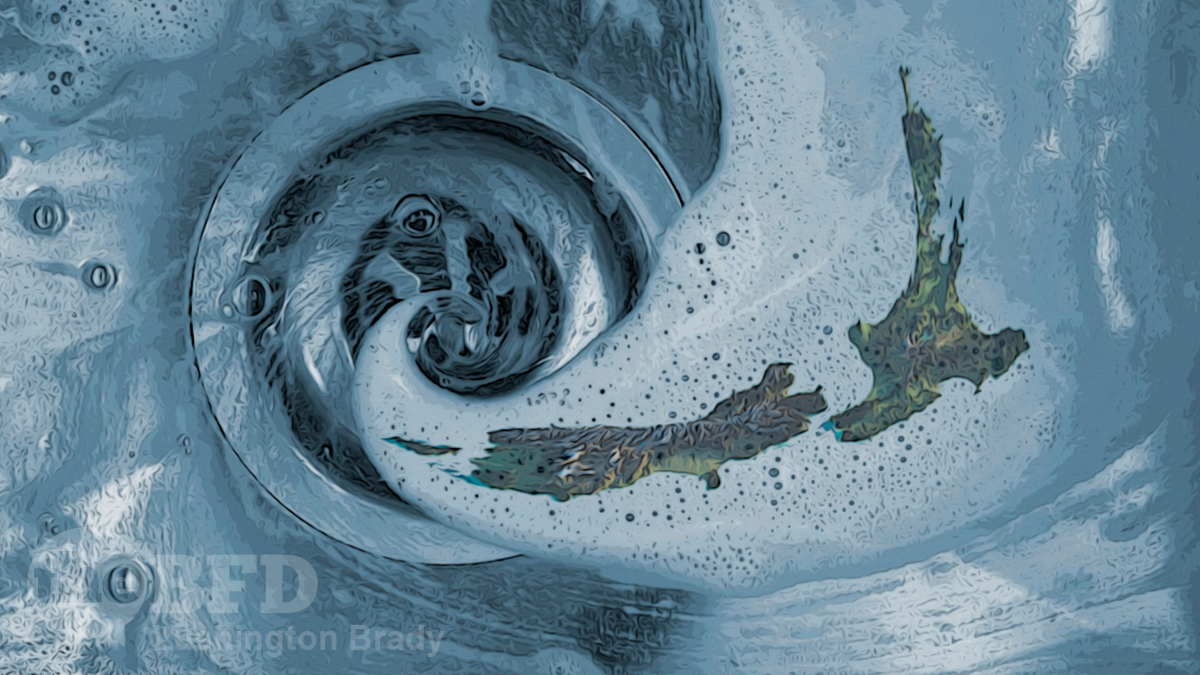