Skip to content
A teal voter. The BFD. Photoshop by Lushington Brady.

Was universal suffrage a mistake, after all? Were all those stuffy chaps, brandishing their cigars from the armchairs of their clubs, right when they huffed and said that women didn’t have the intellectual capacity to make an informed vote?

Political scholars have repeatedly found that women – although often more partisan than men and quicker to take up ‘causes’ – are less likely than men to show interest in macro-level political issues and more likely to preference narrow topics that they believe directly affect them (think sexual harassment or paid period leave).

What is new to the political field is this demographic being elevated to holy status in Australia by so-called ‘progressives’ in both major parties.

Interestingly, the same “progressives” who seem to think that women are the all-wise sages who will guide us to a glorious utopia, also tacitly assume that women are so incapable of functioning as normal human beings a quarter of the time that they need paid time off work to cope. (That this simultaneously contradicts the progressive dogma that there’s nothing biologically inherent in being a woman is just one of the many sparkling idiocies of the clown world of progressive ideology.)

In fact, the closer one examines progressive ideology, the more it starts to resemble the sort of old-fashioned misogyny which required women to be passively ignorant baby machines — oops, “birthing persons”.

The same ‘progressives’ who are quickest to jump on a platform about how ‘women need to be heard more in politics’ are silent about how little average women know. Female political ignorance suits ‘progressives’, so long as those women stick to criticising anybody who ‘progressives’ disagree with.

‘Progressives’ go dewy-eyed about equality while encouraging women to stay focused on soft, highly gendered issues. By refusing to call any of this out, the same ‘progressives’ who wax lyrical about girl power are complicit in women remaining wilfully ignorant on significant political issues.

This is also why progressives are so hot to lower the voting age. After a progressive woman, there’s no being on earth so passionately ignorant as a teenager.

Now you know why the left has so relentlessly fetishised a colossally ignorant female teenager. They like ‘em young, dumb and full of oestrogen.

For all their protests otherwise, ‘progressives’ want the status quo to remain because they need women to have feelings about small targets, rather than thinking deeply about difficult problems. They rely on this for their pathway to power.

If ‘progressives’ admitted that they can only get ahead by manipulating women’s ongoing obliviousness, this would undo years of carefully constructed narratives about the wisdom of women. It would also raise some uncomfortable questions about things like quota systems.

In the meantime, though, it looks like we’re going to just have to roll our eyes from behind our newspapers as the country gets trashed by screeching upper-class fishwives and spoiled teenagers. If you want to imagine the future, imagine a bedroom door being slammed — forever. 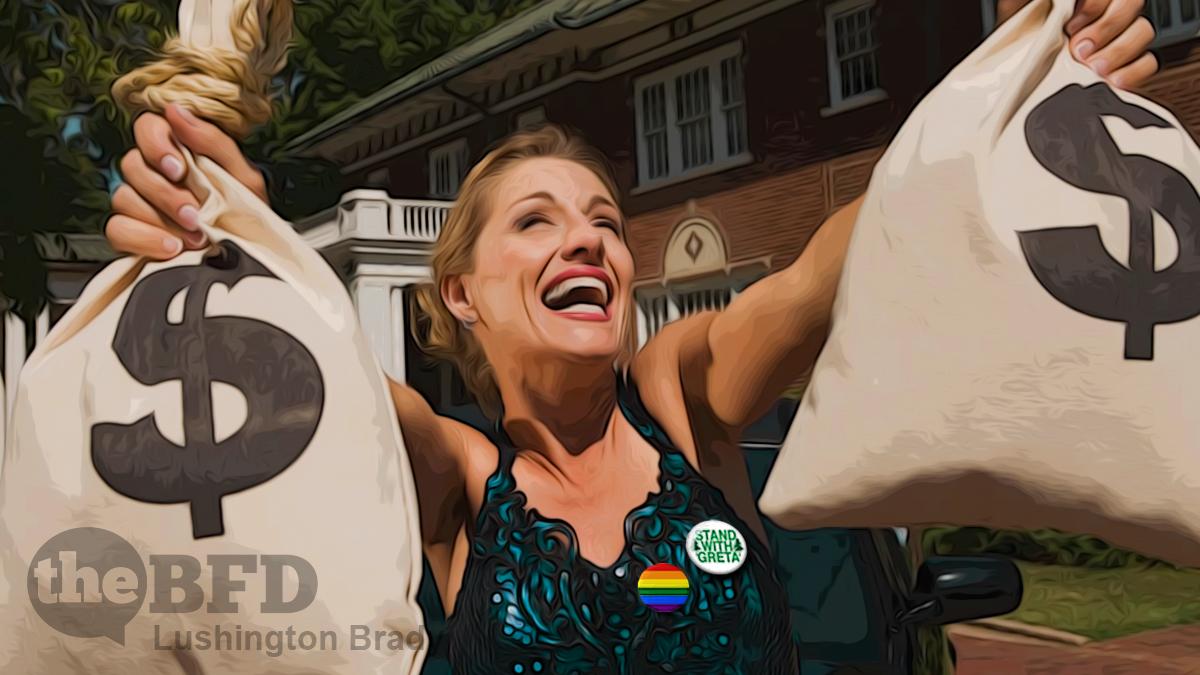