Well might Anthony Albanese have overturned his own party’s rules in his rush to be sworn in as PM. Because, as it happens, Labor hasn’t technically even won the election yet.

That’s not what you’ll read in the legacy media, of course. If you were fool enough to follow the legacy media, you’ll believe that Albanese won a thumping electoral mandate. Nothing could be further from the truth.

In fact, Labor remains two seats short of the 76 it requires to form an absolute majority. Six seats are still in doubt. But, on 56 seats, even winning those is obviously not enough to hand government to the Coalition, either. On top of that, at least one newly-elected independent is facing an eligibility challenge.

The six seats still undecided are Brisbane, Deakin and Macnamara in Queensland, Gilmore in NSW, Sturt in SA and Lyons in Tas. Four of those are currently separated by margins of less than 1%. They will probably be decided as postal votes come in over the next few days.

Meanwhile, Australia’s Quota Queen isn’t about to be flushed so easily. Every time Kristina Keneally has had to face the inconvenience of election rather than being parachuted into a safe sinecure, she’s been unceremoniously booted by voters. This time was no different: parachuting Keneally into the safe Labor seat of Fowler, while she actually resides on a luxurious Sydney Harbour island, clearly did not go down well with voters. Keneally was booted yet again, this time in favour of a popular independent.

Former Fairfield deputy mayor Dai Le fled Vietnam with her family in 1975. The then-seven year old spent four years in refugee camps before arriving in Australia. And that’s what may cause her problems: BFD readers may well recall the Section 44 bloodbath, where a roster of MPs from all sides were kicked out under the constitutional prohibition on anyone “under any acknowledgement of allegiance, obedience, or adherence to a foreign power, or is a subject or a citizen or entitled to the rights or privileges of a subject or citizen of a foreign power” sitting in Parliament.

Ms Le ticked a box on the AEC’s s. 44 checklist stating she had never been a subject or citizen of a country other than Australia.

The form also requires candidates who have been the citizen of another country to explain the manner in which that citizenship was lost and the date on which it was lost.

The AEC requires at least one official document to satisfy the contention that foreign citizenship has been renounced or lost. It does not appear Ms Le did so.

Ms Le may be caught by the strict interpretation of foreign citizenship – and its renunciation – applied by the High Court.

At least one supporter, Fairfield mayor Frank Carbone, claims that Le has a letter from the Vietnamese consulate confirming her renounced citizenship.

“She’s not a citizen of Vietnam, she’s never been a citizen, she checked that out, this is just someone getting a bit excited, they’re all going to end up with egg on their face,” Mr Carbone said.

And the fact remains that Labor recorded an historically low primary vote. It’s a lower vote than when Labor were trounced in 2004. The only time it’s been lower in the party’s entire history is under the hapless Jim Scullin in the 1930s. Scullin had the tremendous misfortune to become PM the week before the Black Thursday crash that initiated the Great Depression. Scullin ended up leading the last one-term government in Australia… so far.

Being sworn in notwithstanding, Albanese will be incredibly lucky to form a majority government. More likely, he’ll be forced into some kind of minority deal with the Teals, maybe even appoint one Speaker.

Then there are the challenges looming on the horizon, the sort not faced by a government since Scullin, or Menzies in 1939. But Albanese is no Menzies.

Whatever happens, though, the only sure thing is that we’re going to need plenty of popcorn before this clown show is over. 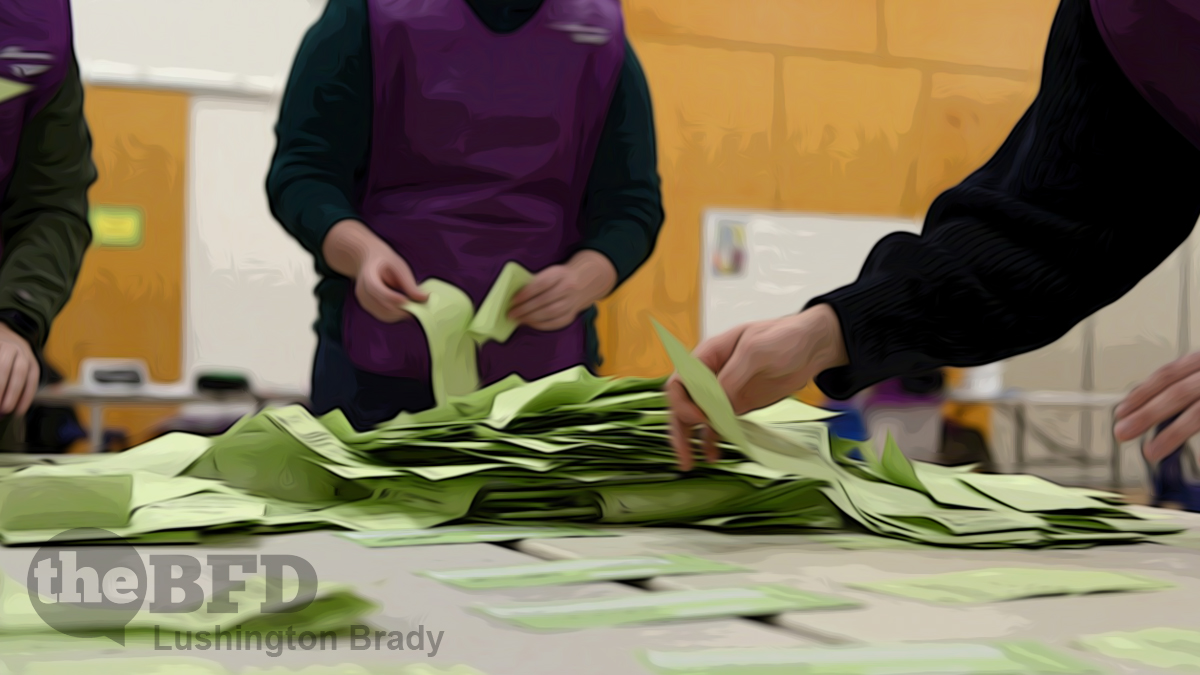