Dr Muriel Newman established the New Zealand Centre for Political Research as a public policy think tank in 2005 after nine years as a Member of Parliament. A former Chamber of Commerce President, her background is in business and education.

On Saturday, Australians voted for change.

While some claim the electorate had become tired of a three-term government and others believe there was a pro-climate change aspect to the vote, what was evident was a growing disenchantment with ‘establishment’ parties and a shift towards alternatives.

The same patterns of disenchantment are evident here. There is no doubt that an “anyone but Jacinda” groundswell has emerged and is gaining momentum. The question is can the Ardern Labour Government reverse the sentiment for change before the next election? With eighteen months to go, they have time on their side, but the two major announcements they made last week reinforce doubts about their competence to rescue their sinking ship.

Inflation reached a thirty-year high of 6.9 per cent in March. That was due in a large part to two years of unprecedented borrowing and spending by Labour. Nevertheless, they have decided to fuel the fire with a record $10 billion of new spending announced in Budget 2022.

Of that, some $3 billion was earmarked for their climate change Emissions Reduction Plan, around $6 billion was new spending allocations built into Budget 2022, and an additional $1 billion cost-of-living crisis package was tacked on at the last minute to counter the traction being gained by opposition parties.

Furthermore, in response to claims by the opposition that he has “an addiction to spending”, the Finance Minister Grant Robertson has changed the way debt is reported by the Government – so it doesn’t look so bad!

Let’s examine some of the detail, starting with Labour’s whitewashing of debt.

The traditional measure of debt used by successive governments is “Net Core Crown Debt”. This is the sum of the debt owed by Government Ministries and Departments, and the Reserve Bank, minus their financial assets. It does not include the assets or liabilities of Crown Entities, any ‘advances’ made by the Government, nor the significant assets of the Super Fund.

The new debt measure Minister Robertson has introduced, essentially halves the old debt measure. Called “Net Debt”, this new measure takes the old measure of Net Core Crown Debt of $133.6 billion, adds in the $14 billion of Crown Entity debt (including Housing NZ’s $7b in loans and the NZ Transport Agency’s $4b) then subtracts assets including the Super Fund’s $60 billion and $26 billion in government advances (including the $10b owed in student loans and the Reserve Bank’s $10b lending programme).

Magically, Labour can now have us believe they haven’t created a massive debt burden for the country – as the Prime Minister was quick to demonstrate in her Budget speech, when she said, “Debt sits at 16.9 per cent and is forecast to reach 15 per cent in 2026. We’ve had a bigger economic knock from the pandemic but managed with a similar debt impact to the GFC.”

To understand her reference to the Global Financial Crisis, we looked back and found that in 2011 during the GFC, Net Core Crown Debt rose to 19.5 per cent of GDP. In comparison, this year’s Net Core Crown Debt of 36.9 per cent is almost double the debt impact of the GFC.

It seems that comparing the new Net Debt measure for Budget 2022 of 16.9 per cent with the old Net Core Crown Debt measure of 19.5 per cent in 2011, has enabled the PM to magically claim her Government has generated “a similar debt impact to the GFC”.

It will be interesting to see whether the media fact-check the PM as readily as they do others – or whether they will turn a blind eye to her claim that Labour’s financial management is better than National’s during the GFC.

The first of last week’s major announcements was the Emissions Reduction Plan – a $2.9 billion grab-bag of initiatives that will have no effect on the global temperature, but will fuel inflation, undermine our economic resilience, and lead to a reduction in living standards.

The plan included a ‘cash for clunkers’ deal to subsidise low-income families into eco-friendly cars, the construction of 100 kilometres of new cycleways, and a commitment to embed the Treaty partnership and matauranga Maori into the climate response – although quite how embedding the Treaty partnership is going to save the planet from climate Armageddon is not clear.

The Prime Minister explained, “no challenge is more present today and in the future than that of climate change… This $2.9 billion investment is the most comprehensive plan New Zealand has ever had on the issue of climate change. And it’s because we cannot responsibly postpone a transition we need to start making today.”

But here’s the reality, that Labour and the Greens – and the media – do not talk about. The world’s three major emitters – China, India, and Russia – have stated they intend to continue building coal-fired power stations and increasing emissions until 2060 and 2070.

Since New Zealand’s contribution to greenhouse gas emissions is infinitesimal on a global scale, our sacrifice, forty years ahead of any action from them, makes no rational sense at all – if reducing global emissions is, in fact, the objective.

If that’s not the objective, and climate change is being used by Labour and the Greens as a front to advance their socialist agenda, then, with almost no opposition pointing out that it’s impossible to maintain prosperity, when climate alarmism is penalising wealth creators and undermining economic growth, they are getting a free ride.

Furthermore, our Prime Minister’s obsession with being seen to be leading the world in climate action, means we are suffering far harsher restrictions than our trading partners.

What makes all of this so much worse, is that the United Nations Intergovernmental Panel on Climate Change – the body the Government relies on for advice – has already explained that if a country has an Emissions Trading Scheme in place, no other policy interventions are necessary to meet emissions targets: “If a cap and trade system has a sufficiently stringent cap to affect emission related decisions, then other policies have no further impact on reducing emissions”.

New Zealand does have a fully functioning ETS in place, which means Jacinda Ardern’s $2.9 billion policy package, that’s equivalent to $1,500 of spending for each Kiwi household, is needless – yet more wasteful ‘look-good’ spending that has become the hallmark of the Ardern administration.

When it comes to the Budget, this week’s NZCPR Guest Commentator, journalist Richard Harman – the founder of the political news website Politik – described it as ‘defensive’ and designed ‘to cut off National’s initiatives before they got any real political oxygen’:

“In his speech in the Budget debate, National Leader Christopher Luxon repeatedly talked about a ‘cost of living crisis’ induced by the current inflationary forces. Their answer is to raise the tax thresholds, which would see someone on the median wage ($56,160 a year) get an extra $800 in the hand.

“Finance Minister Grant Robertson, instead, is proposing a ‘temporary’ rebate of $27 a week for those earning less than $70,000. It will apply for only three months which Robertson says will means each payout will be $350. It is estimated to cost $814 million, and the Government is paying for it out of $3.2 billion of leftover funds in the Covid Response and Recovery Fund.

“The current excise duty and road user charges cuts are to be extended for two months, and half-price public transport extended for another two months and made permanent for Community Services Card holders from September.

“In essence, all this was Robertson’s response to Luxon’s ‘cost of living crisis’.”

If Labour’s $1 billion cost-of-living package felt like a last-minute add-on, that’s because it was.

Official advice warning against the scheme, was given to the Government on May 4 – just two weeks before the Budget:

“The Treasury has advised that strong aggregate demand, combined with constrained supply and a tight labour market, will result in inflation staying above target in the near term. In this context, an increase in the level of fiscal support would further exacerbate inflation.”

There were also grave concerns over the rushed timeframe:

“Given the narrow scope of the commissioning and the speed at which advice was produced, the advice does not include consideration of the full range of options for addressing the issue of increased costs of living for many New Zealanders. Owing to the very compressed timeframes… there is a risk that significant issues with the resulting proposal have not been identified.”

In response to the package, the Reserve Bank has signalled its intention to tighten monetary policy, which will impact on interest rates and affect economic activity and house prices – which are forecast to fall throughout 2022 and 2023.

Another Budget initiative was Labour’s new law to prevent supermarkets from blocking competitors accessing land for new stores – a cynical move designed to ensure concerns over rising food prices are directed at supermarkets. However, it’s important to remember that a key driver of food price inflation is the Government’s zero-carbon policies – namely the almost 20-cents a litre carbon tax on petrol, which increases costs throughout the whole economy, especially on the production and supply of food.

A key feature of the Budget was $11 billion in health funding, which the Finance Minister proudly claimed was the largest ever increase in health spending – as if the spending itself was the triumph rather than the benefits it is meant to deliver.

This spending has become necessary because of Labour’s decision to restructure the health system to introduce Maori co-governance. Part of the funding will be used to clear the debts of the District Health Boards which are scheduled to be abolished on 1 July. The Government says this will give health a ‘fresh start’. But with the so-called ‘fresh start’ creating two classes of patient – Maori and everyone else – that too is fanciful spin.

With anecdotal evidence showing the health system is ill-prepared for this radical change, the reality is that no responsible government would cause such disruption during a pandemic – only one driven by radicals. In this case, the fifteen MPs of Labour’s Maori Caucus are putting their desire for tribal control of health ahead of the needs of all other New Zealanders.

These MPs have also been successful in directing over $1 billion of the budget into race-based Maori initiatives. While Maori Development Minister Willie Jackson claims it was the highest Maori budget “in the history of Government”, the Maori Party predictably say it is not enough!

In the aftermath of the Budget, a consensus is emerging that Labour is devoid of ideas to address the problems facing New Zealand. Instead of dealing with the cost-of-living crisis by simply adjusting tax thresholds for inflation – to put more money into the pockets of Kiwis who earned it and prevent them being forced into higher tax brackets – Labour opted to turn us into a nation of beneficiaries.

Once their new scheme is underway, over 80 per cent of New Zealanders will receive some form of support – either the Winter Energy Payment or the cost-of-living payment.

In the lead up to the Budget, it became clear that Labour needed a circuit breaker to arrest its decline in the polls and regain control of the political narrative. But if a $350 payment to turn the country into a nation of beneficiaries is the best they can come up with to deal with a cost-of-living crisis then one has to conclude that the Labour Government is the problem. 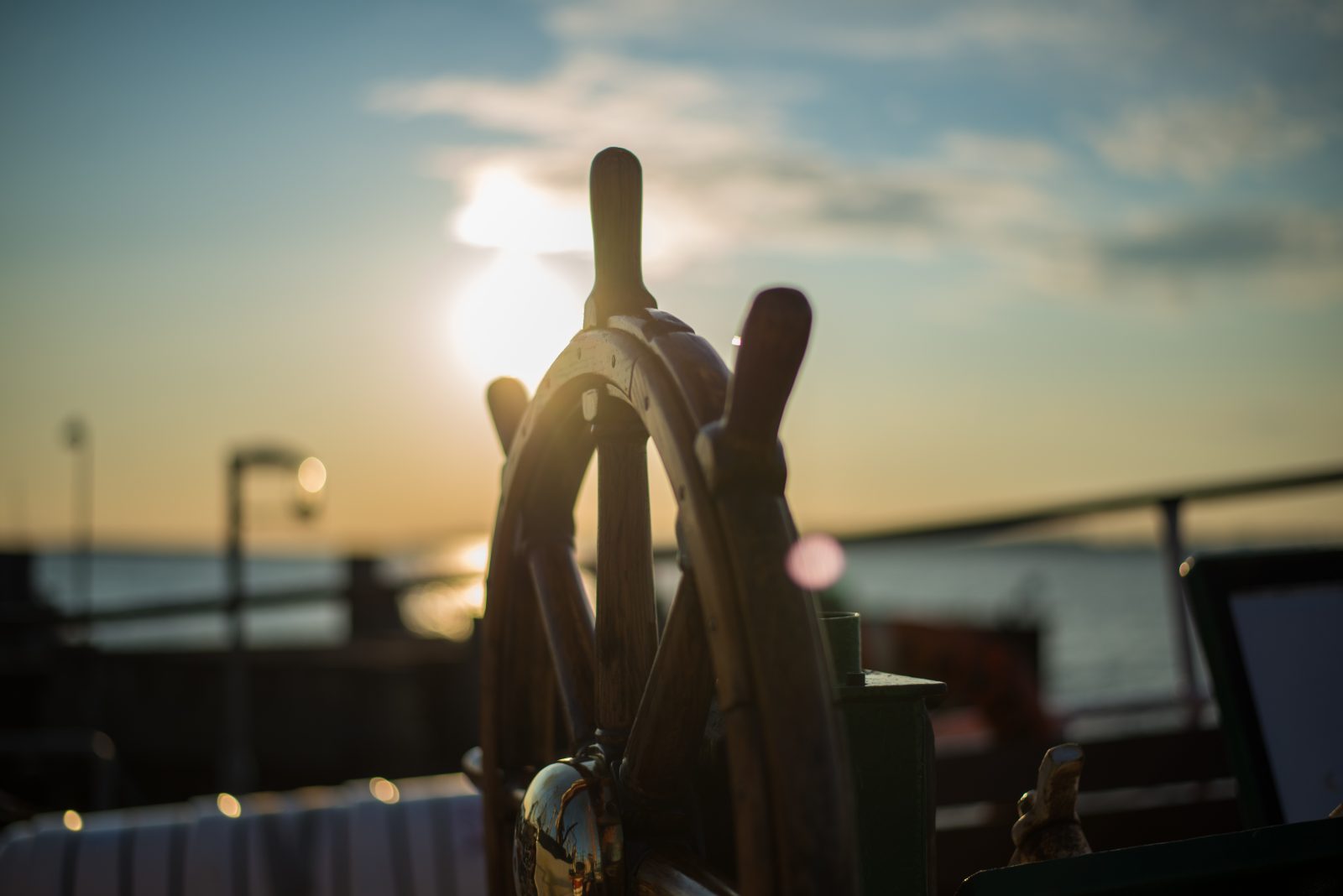