Propaganda is communication that is used to influence or persuade an audience to further an agenda. It is a political tool and we’ve seen it used powerfully during the recent years by our government. Truth is not necessarily its goal or purpose, highlighted by the claim of our PM that she was removing “assault rifles” from our streets following the Christchurch terrorist attack to make New Zealanders safe.

“The truth was that she removed hardly any assault rifles, which is a very specific type of military rifle, but instead removed nearly 60,000 sporting and historic firearms, which included only about 15,000 semi-automatics, in her rushed legislation to ban assault rifles,” said Chaz Forsyth, president of Sporting Shooters Association of New Zealand.

In promoting the confiscation, a senior police officer described these black semi-automatics as “evil” guns and by implication tarring their owners as evil too. In fact these so-called evil guns were safely locked up in the gun safes of law-abiding owners and were no threat to their fellow Kiwis. But it cost over a $100 million of taxpayers’ money to compensate the lawful owners of all these guns.

Three years later is New Zealand a safer place? “The answer is a resounding no,” says Forsyth. Gang violence has escalated over the past three years, with gangsters frequently reported to be using guns against their rivals and even police. Already, innocent Kiwis have been caught in the crossfire.

Now the government is pretending to get tough on these criminals by providing the police with $562 million in extra funding, but wait, $200 million of that is to be spent on setting up a huge bureaucratic agency within police to regulate licenced firearm owners, their clubs and ranges and create a register of all private firearms. As one economist has pointed out, the extra police funding spread over four years will be consumed by inflation, just for police to maintain business as usual. 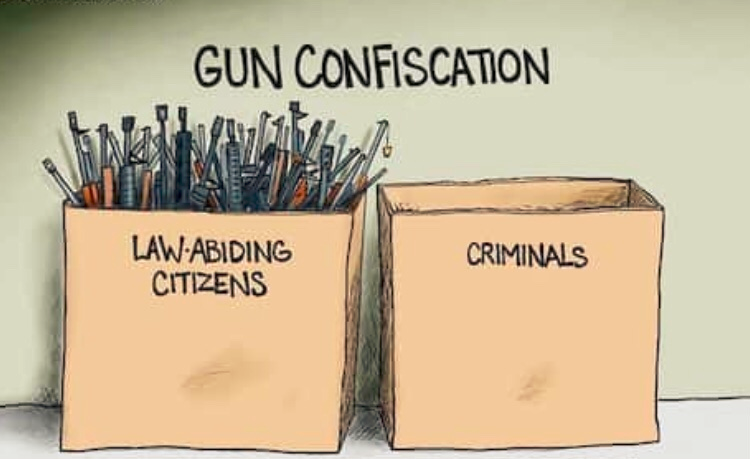