Watch out National. The government has heard you banging on about the cost of living crisis but, instead of offering tax cuts, they are going to splash some cash – literally – into people’s bank accounts. Only some people of course; those who earn less than $70,000 pa and do not receive the winter energy payment.

All those pensioners already resorting to foodbanks will get no relief. Apparently, they don’t need any more money.

The summary below is from BDO:

Mind you, the $1 billion on offer for the cost of living crisis is a drop in a bucket compared to some of the other spending. $2.9 billion on climate change; $11.1 billion on health… I would have no problem with the health spending, but I seriously doubt that it will improve services or wait times, although I am encouraged to see extra allocations to Pharmac. Perhaps we will now be able to access drugs that other countries take for granted, particularly cancer drugs.

Then there is that $61.9 billion for infrastructure over 5 years. Is that for Grant’s ‘shovel-ready’ projects of 2019? None of them ever materialised; perhaps we are still waiting for the shovels. I agree with the proposed infrastructure spend but it won’t happen; the money will be spent of course but the bulk of it will go on feasibility studies, resource consents, planning applications and court battles with Forest and Bird. This Labour Government has produced nothing in nearly 5 years, so I doubt that the next 5 years will be much different (if they are still in power, of course).

But here is where National needs a new game plan. They have made it far too easy for the government by focusing on the cost of living. It is the easiest thing in the world to bribe voters. Prudent governments don’t engage in such practices, of course, but we have not had one of those for some time. $350 is a drop in a very deep bucket, but there is a serious feelgood factor about receiving money from the government for doing nothing. It doesn’t matter that the government has created most of the conditions that have caused the cost of living crisis. Free money is free money. Undoubtedly, there will be more of it next year, just before the election.

The big question that no one seems to be asking is – seeing that we engaged in a significant quantitative easing programme last year, causing much of the inflation we are seeing now – where is all this money coming from? Is Adrian Orr dusting off the printing press yet again? The chart above accounts for about $80 billion of additional spending, over and above current and operational spending. Where is this money coming from?

Isn’t it funny that, since the arrival of this Labour Government, we seem to talk in billions where we once talked in millions, yet all the time people get poorer and more desperate on pretty average incomes. There is a strange disparity there.

The government has also extended its public transport concessions, and the cut in fuel excise duties, but only for another 2 months. I can’t see fuel prices falling much between now and August, and tax is the largest contributor to the cost of fuel anyway, so this will not make much difference. How much do you want to bet that the fuel taxes will be back to normal in August, but will miraculously be dropped again – oh, I don’t know – in July next year?

Labour obviously is confident that they have got the votes of the downtrodden classes secured, so now they are going for the middle class vote, with cash handouts and special discounts on electric vehicles that no one on a low income can afford. Personally, I hate middle class welfare. I would much rather see people get some of their own money back in the form of tax cuts, but tax cuts are an anathema to socialists so they have to splash the cash at targeted groups.

As a socialist party, supposedly the party to look after the working man (that was a long time ago), it is disgraceful that they stand by and allow people to get poorer, but that is what this ‘wellbeing’ budget will do. I am not sure whose ‘wellbeing’ we are looking after, but it is not yours, not mine and not the wellbeing of the poor.

People will hurt more, life will get harder, but the government has its sights firmly set on the ‘squeezed middle’ of the country. Look out National. You are going to have to do more than agree with their blowout spending on climate change and bang on about the cost of living to haul yourselves back into power. This Labour Government is targeting your voters and you have nothing in your arsenal to offer as an alternative.

I just realised something. The ‘Wellbeing’ Budget is nothing to do with you or me. It is the government’s own wellbeing that is being protected. Obvious really.

If you enjoyed this article please share it using the share buttons at the top or bottom of the article.
Like What You’ve Read? Become a member and directly support this writer. 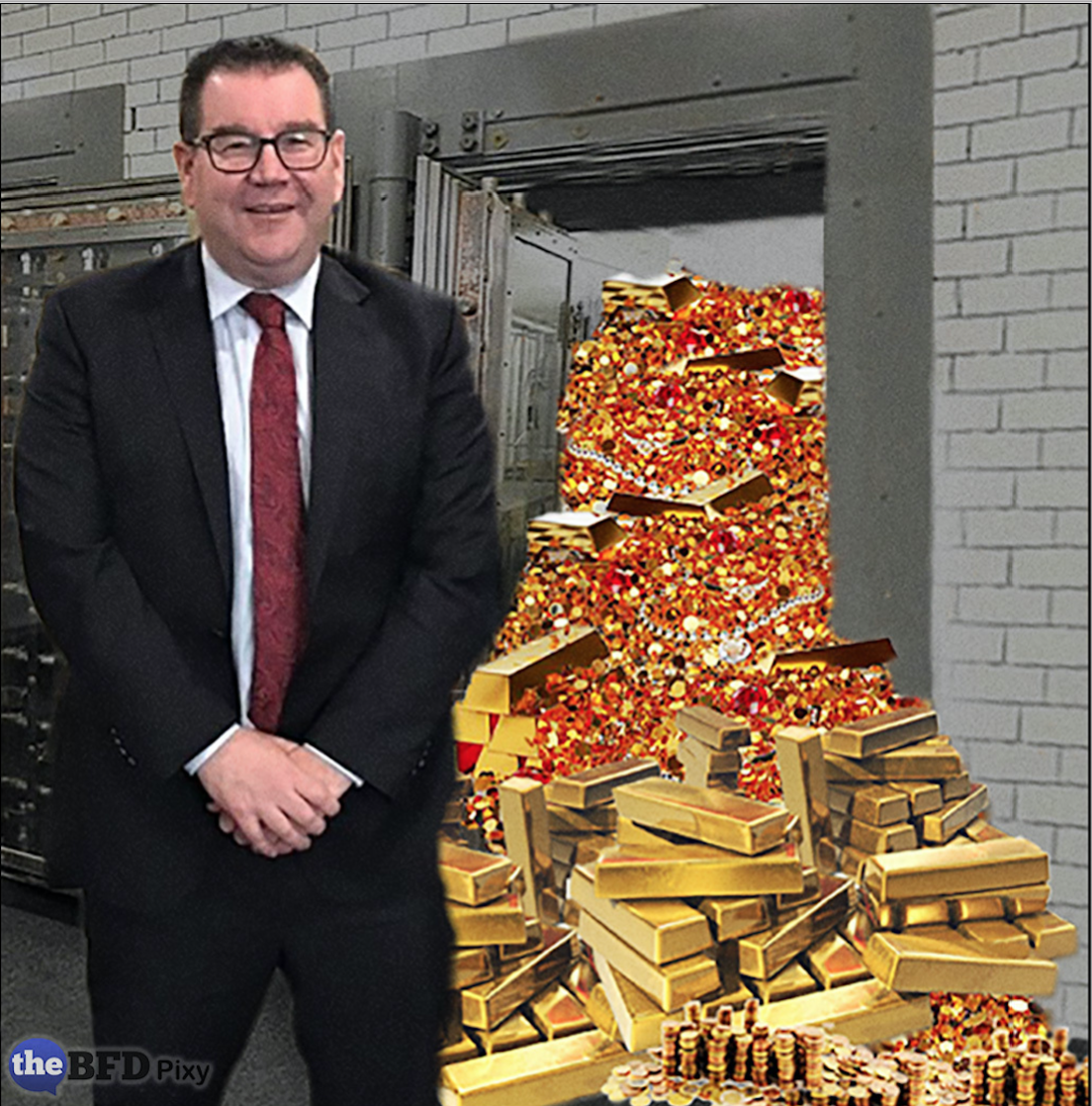