A recession is a period of temporary economic decline during which trade and industrial activity are reduced, generally identified by a fall in GDP in two successive quarters.

Talking to journalists a short while later [Robertson] conceded that the Budget financial figures would show a deterioration relative to the last update in December, but it would still be a “strong set of books”.

While clearly there had been “major changes” in the global outlook since the start of the year, Robertson didn’t see NZ heading for recession.

Robertson had earlier conceded the government would now not be returning to surplus till the 2024-25 year, which is a year later than was outlined in the last update prior to Christmas.

Hmm… so it’s bad, worse than predicted, but not actually a recession?

This week, I have been dealing with some of the fallout from the collapse of a Wellington construction company that, unlike Armstrong Downes, worked in the residential construction sector. While there are indications that this company was not particularly well managed, there is only so much stress that businesses can take before they start falling apart. In the construction sector, rapidly rising material costs, a very tight labour market and supply chain delays all put strain on an industry that already has fairly low margins. Add in increased fuel costs, extra sick leave and public holidays and major issues with customers obtaining bank finance, and things may start to teeter on the brink of ruin.

Asked by a business audience in Wellington after giving a pre-Budget speech, about comments from BNZ head of research Stephen Toplis, that economic growth may stall next year, Robertson said one of the strengths of NZ versus the rest of the world was the country’s low unemployment. “That is the buffer.”

“…The underpinnings of the economy are strong…”

I have two things to say to that. Robertson has not mentioned our current employment crisis. There are worker shortages in all industries. A lack of skilled workers is every bit as damaging to an economy as a large number of unemployed. It extends out wait times for jobs to be completed, or cancels jobs altogether because there is not enough staff. Getting your roof repaired takes six months instead of two. Getting a knee operation takes two years – in the private health sector. God knows how long it takes in the public sector nowadays. Every delay, every cancelled job, costs the economy somewhere along the line. That job you have to wait six months for that normally would be done within a month does not mean that the company is flat out with all workers doing 80-hour weeks for the next six months on other jobs. It probably means that they have less staff to do the work, which means they are working at reduced capacity, which reduces everything – including, of course, the tax take. I am seeing this everywhere – cafes closing for two days per week, delays in just about all government departments (you just try getting a passport for a trip planned for departure in the next two weeks), tradespeople signing up jobs that will not be started for six months… this is not a sign of a robust economy; this is a sign of an economy under severe stress. It is just a different kind of stress – one that Grant Robertson, politician extraordinaire, is not familiar with.

Does he not think that such matters could contribute to a recession? Serious labour shortages will result in lower GDP. Remember all that fruit rotting on the ground last year because there was no one to harvest it? That cost us dearly in export earnings. Now, things are much worse. There is no single cause, but there are a few factors: retiring Boomers, skilled people going overseas for better opportunities (Australia has been headhunting Kiwis for jobs over there that pay much more than here) and people being mandated out of their jobs, or not wanting to go back even if they could. Grant Robertson may believe that we do everything better than everywhere else; the labour shortage is a worldwide problem, and countries that can offer better pay and conditions are doing so, costing New Zealand, with its skilled workforce, ridiculous housing market and low wage economy, very dearly.

The second thing is that the unemployment figures are falsely low. We do not have 3.2 per cent unemployment. We have 3.2 per cent of people on a jobseeker benefit and actively looking for work for the last four weeks. That is our very narrow definition of ‘unemployed’, and it omits the large numbers of people who are receiving benefits but are not actively seeking work. Some of these people could be trained or employed to work in our economy, but Labour considers forcing people into work to be demeaning. In reality, the true unemployment rate is somewhere between 10 per cent and 12 per cent. Many of those countries that Robertson uses as a comparison have proper measures for unemployment that don’t omit people who can’t be bothered to get out of bed. If you are receiving a benefit that is not superannuation, sickness or the DPB, you are unemployed and you should be actively encouraged to find work. This is a stain on this government and a burden on taxpayers that they should not have to carry.

Jacinda’s glib answer to the problem of skilled Kiwis going overseas was that we will simply recruit more skilled workers from overseas ourselves. If only it were that easy. As Britain, Europe, Australia and the US all compete for workers worldwide, New Zealand would be bottom of the list for most skilled migrants. Our housing is unaffordable, the cost of living is high and wages, generally, are lower than most other countries. We have already seen examples, during the pandemic, of skilled migrants who could not get here, or who arrived but could not get their families across the border. I suspect that New Zealand is not looking attractive to many skilled migrants right now, and personally, if it were me looking to emigrate, I would go somewhere else.

Talking to a liquidator last week, it is clear that the floodgates are beginning to open with businesses going to the wall. He has been dealing with cafes and now construction companies; this is not a healthy trend. The economy is under stress. It terrifies me that we have a finance minister who either refuses to recognise it or, worse still, doesn’t even realise it, but that is what you get with a government made up entirely of career politicians with no real-world experience whatsoever. We are in a clown world indeed. 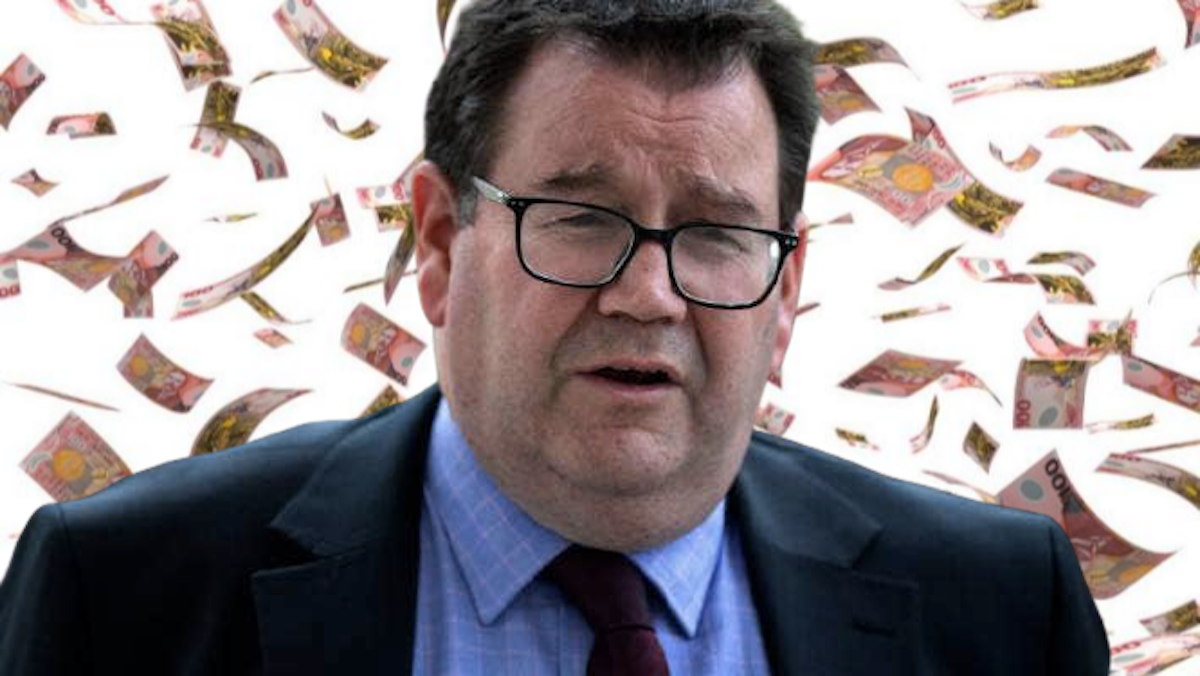