I recently pondered the curious phenomenon of openly non-religious people choosing to send their children to religious schools, and then complaining that they were too… religious. The issue especially affects Anglican schools, which is perhaps no surprise. As we see on the issue of transgenderism, “high achieving women with public profiles” have decided that they know better than Christ himself what constitutes “Christ-like”.

The same overweening arrogance, sadly, goes right to the top of the Church.

A former archbishop of Canterbury has written to every member of the NSW upper house urging them to vote for voluntary ­assisted dying this week in a dramatic bid to counter strong opposition to the proposed law from some faith leaders and MPs.

George Carey, now a member of the House of Lords, told The Australian that attempts by opponents of the bill to deny assisted dying to the residents of aged-care homes run by Catholic and Anglican bodies would be “cruel, ­monstrous, unethical and un-Christian”.

We’ll deal with the cruel and monstrous shortly, but – “un-Christian”?
The Bible makes no explicit statement on suicide (and let’s not hide behind euphemisms: “VAD” is state-sanctioned suicide), but throughout the Old and New Testaments, the sanctity of life is emphasised repeatedly and stories of suicides are always depicted as wicked acts (save, possibly the self-sacrifice of Sampson). Perhaps the most explicit statement is that of Corinthians: Do you not know that you are God’s temple and that God’s Spirit dwells in you? If anyone destroys God’s temple, God will destroy him. For God’s temple is holy, and you are that temple.

So, that’s the Christian perspective, in pretty clear instructions. But, just like the “high achieving women”, certain “progressive” church leaders clearly consider themselves wiser than the scripture they’re supposed to uphold. As an old episode of Yes, Minister put it, a “progressive church leader” is merely a euphemism for an atheist who still wants the church’s stipend.

But, why should the church’s opinion matter, anyway?

One of the major sticking points for opponents of the bill is that it allows VAD for residents of aged-care centres, many of which are run by religious bodies.

Catholic Health Australia has 8000 residents in aged care and another 14,000 “home care consumers” in NSW. The Anglican church’s Anglicare has 2300 residents and more than 4000 in-home community care packages in the state.

Catholic Health Australia says it will not take part in VAD and any residential centre should be allowed to transfer a person wanting it out of the home.

So, as with gay marriage and transgenderism, ‘progressivism’ is determined to force religious institutions to carry out actions that are against their religious beliefs.

We might note, by the way, m’lord’s blatant hypocrisy:

“It is not my intention to interfere in a matter that properly belongs to Australian citizens, but I write as a former archbishop of Canterbury who has had a radical change of heart on assisted dying,” Lord Carey told MPs.

So, he doesn’t mean to interfere, but here he goes, interfering anyway.
Leaving aside the religious perspective, though, there are many good secular reasons for opposing state-sanctioned suicide.

Not least is the obvious danger. Euthanasia is not so much a slippery slope as a yawning cliff – and we’ve seen too many other ‘progressive’ jurisdictions go plummeting over the edge not to know how this is going to end.

Spare us the self-righteous palaver about the semi-mythical granny who dies in intolerable pain without hope of cure. We’ve heard that one far too often to be sucked in, any more. Because that’s the wedge that the pro-death lobby use to tip us over – but the reality that waits on the plunge down the cliff’s edge is very different. Eighty-one per cent of euthanasia deaths in Belgium cited psychological suffering as a reason. Only seven per cent of euthanasia deaths had a consultation with a palliative care practitioner.

Even more ominously, Canada is legislating to off people for no other reason than that they can’t afford to live, any more.

Now, that’s a modest proposal that would make even Jonathan Swift blink. 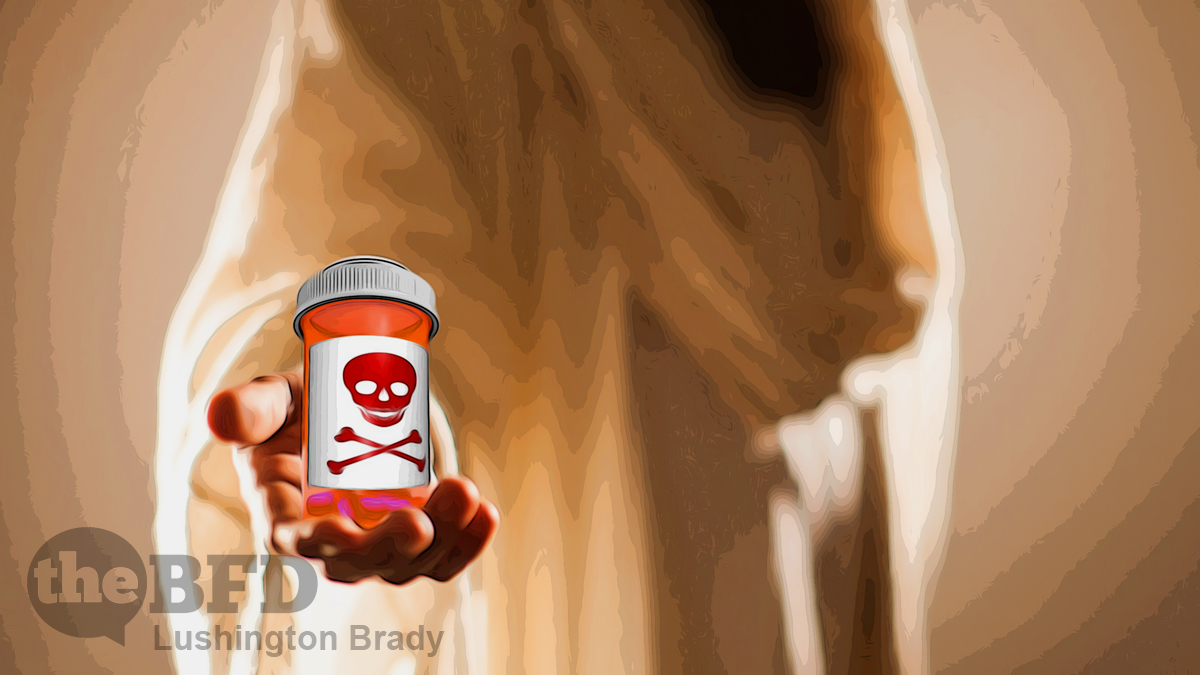