Skip to content
Prepare for feminist violence on a scale not seen before. The BFD. Photoshop by Lushington Brady.

As part of his reasoning as to why Roe v. Wade was “egregiously wrong from the start”, Supreme Court Justice Samuel Alito pointed to the enormous damage wreaked by a fundamentally anti-democratic decision. Roe was an “exceptionally weak” constitutional argument — in fact, the Court spun it out of a constitutional vacuum — that single-handedly seized decision-making from the people and their elected representatives and placed it solely in the hands of seven unelected judges.

A clear outcome of the 1973 verdict is that abortion debate in America has been bitterly divided and extreme in a way no other Western country has seen.

Since then Britain, Australia, New Zealand, and almost all of democratic Europe have sorted out abortion through the elected legislature. Everyone counts the same and you vote for elected MPs who negotiate and reach a compromise. Generally, that compromise has been along the lines that abortions are legal until the last trimester (or some such outcome). Because that outcome was decided through a legitimate process, and because nothing is ever completely off the democratic table, almost all the heat in the abortion debate has dissipated.

America, on the other hand, has been rocked by the consequences of that judicial arrogance ever since. As Alito noted, “far from bringing about a national settlement of the abortion issue, Roe and Casey have enflamed debate and deepened division.”

When judges use an amorphous rights provision (and in Roe they couldn’t even point to an explicit one) with the most implausible and activist interpretive approach imaginable, those on the losing side feel aggrieved – rightly aggrieved. The issue simply will not go away […]

Life in a juristocracy is nowhere near as pleasant as you might imagine. Just ponder what it’s like to be on the losing side of some issue – gun control, same-sex marriage, or anything where some ex-lawyers have declared, 5-4, that an understanding of theirs about some supposed transcendent right you may or may agree with, means that they will take this issue you care deeply about off the democratic table forever.

But surely it’s only the anti-abortionists who’ve turned to violence? Well, no. Vandalism directed at anti-abortion groups is the least of it. Anti-abortionists have been assaulted, hospitalised, had Molotov cocktails thrown at them — and even shot and killed.

In the wake of Alito’s leaked opinion, they’re upping the ante.

Pro-choice activists have published the home addresses of US Supreme Court judges and urged supporters to turn up at a churches this Mother’s Day, as activists groups vent their fury at the prospect of the landmark Roe v Wade decision, which enshrined abortion rights in the US, being overturned

More than any other the Supreme Court is supposed to be the US institution that is seen to be above the scrum of politics. The left has steadily eroded that principle for decades. In Thomas’ own case, leftists launched a vicious and spurious campaign of vilification of the judge, a tactic they amplified exponentially when it came to Kavanaugh. The same left who still clutch their pearls over the Capitol invasion saw nothing at all wrong with invading the Supreme Court (part of the Capitol precinct), screaming and yelling in the faces of lawmakers.

Leaking a draft opinion and doxxing Justices is just the next step in overturning every institution of American democracy.

Speaking at the 11th Circuit Judicial Conference, a gathering of lawyers and judges, Thomas referred several times to the “unfortunate events” of the past week, bemoaning declining respect for institutions and the rule of law.

“It bodes ill for a free society,” he said, according to The Washington Post. It can’t be that institutions “give you only the outcome you want, or can be bullied” into submission.

Thomas also expressed concern about a “different attitude of the young” towards respect for institutions and the law, suggesting this is on the decline relative to past generations, as cited by the outlet.

That’s been the goal of the Long March through the Institutions since the late 60s. America now finds itself in the grip of a full-blown Cultural Revolution. Like the Maoist revolution, it’s all about a ruling elite shoring up their shaky power by mobilising violent, fanatical young revolutionaries who literally want to burn the place to the ground.

The far-left Democrats may reap a temporary reward in the mid-terms this November, but the damage to American democracy is generational. 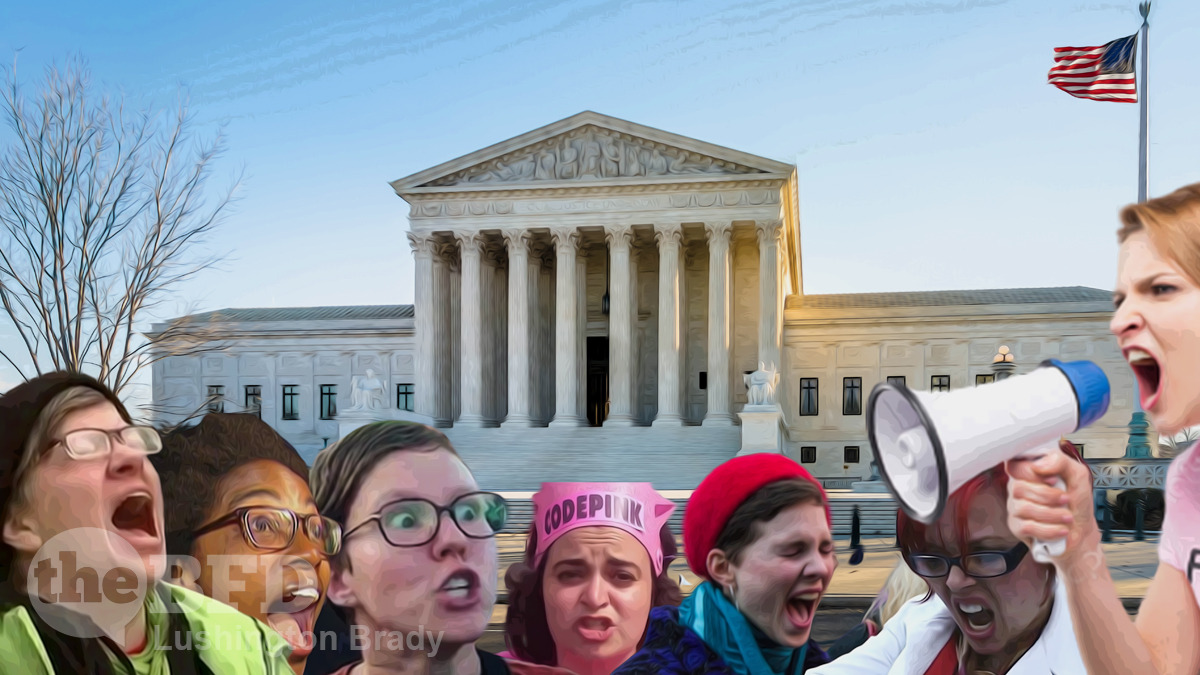