“Clean energy” is a myth. “Emissions free” is a lie. The entire push for “renewables” is a whopper of such staggering proportions that it’s astonishing that anyone is actually taken in by it.

The only reason so many people buy the lie is because they are constantly assaulted with outrageous propaganda. The reason the propaganda is so pervasive is because a few very powerful, very rich people stand to get even filthier rich by selling us all obvious lies.

Three years ago I published a long article at Forbes arguing that solar panels weren’t clean but in fact produced 300 times more toxic waste than high-level nuclear waste. But in contrast to nuclear waste, which is safely stored and never hurts anyone, solar panel waste risks exposing poor trash-pickers in sub-Saharan Africa.

Cue outraged screeching from the legacy media at the behest of shonky “renewables” peddlers.

But when reporters eventually looked into the issue they came to the same conclusions I had. In 2019, The New York Times published a long article about toxic old solar panels and batteries causing “harm to people who scavenge recyclable materials by hand” in poor African communities. In 2020, Discover magazine confirmed that “it is often cheaper to discard them in landfills or send them to developing countries. As solar panels sit in dumps, the toxic metals they contain can leach out into the environment and possibly pose a public health hazard if they get into the groundwater supply.”

Very few solar panels are recycled at present. Pro-solar spruikers argue that more will be in the future — but that’s when the really big problems with them will emerge. Basically, solar panels are expensive to recycle and produce a lot of toxic waste.

But a major new study of the economics of solar, published in Harvard Business Review (HBR), finds that the waste produced by solar panels will make electricity from solar panels four times more expensive than the world’s leading energy analysts thought.

Not a Lot of People Know That

As if solar wasn’t expensive enough already: at least double that of coal. Which partly explains why the more “renewable” energy in the mix, the higher the cost of electricity. “100% renewable” South Australia has the highest electricity prices in the world.

The other half of SA’s staggeringly expensive electricity is the other great fetish of the climate alarmists: wind power.

Even put together, wind and photovoltaic solar are supplying less than 1 per cent of global energy demand. From the International Energy Agency’s 2016 Key Renewables Trends, we can see that wind provided 0.46 per cent of global energy consumption in 2014, and solar and tide combined provided 0.35 per cent. Remember this is total energy, not just electricity, which is less than a fifth of all final energy, the rest being the solid, gaseous, and liquid fuels that do the heavy lifting for heat, transport and industry.

The most prevalent “renewable” energy source — 75% of it, in fact — is “biomass”. Which is a fancy euphemism for “burning wood”.

So, when your local Greta-fancier starts yabbering about “Net Zero”, ask them how many wind turbines would we need, just to keep pace with the growth in energy demand?

The answer is nearly 350,000 [every year], since a two-megawatt turbine can produce about 0.005 terawatt-hours per annum. That’s one-and-a-half times as many as have been built in the world since governments started pouring consumer funds into this so-called industry in the early 2000s.

At a density of, very roughly, 50 acres per megawatt, typical for wind farms, that many turbines would require a land area [half the size of] the British Isles, including Ireland. Every year. If we kept this up for 50 years, we would have covered every square mile of a land area [half] the size of Russia with wind farms. Remember, this would be just to fulfil the new demand for energy, not to displace the vast existing supply of energy from fossil fuels, which currently supply 80 per cent of global energy needs.

Not a Lot of People Know That

Spruikers claim that wind turbines are becoming more efficient, but nature imposes limits on anything. Wind turbines are very nearly at the limit (called the Betz limit) that they can possibly extract from each breath of wind.

Assuming the wind is actually blowing.

There’s a reason humans stopped using windmills and sailing ships more than a century ago: it’s just not very good. At least the old ships and windmills didn’t involve a fraction of the toxic waste wind turbines and solar panels take to make or leave behind a legacy of heavy metals and indestructible turbine blades. 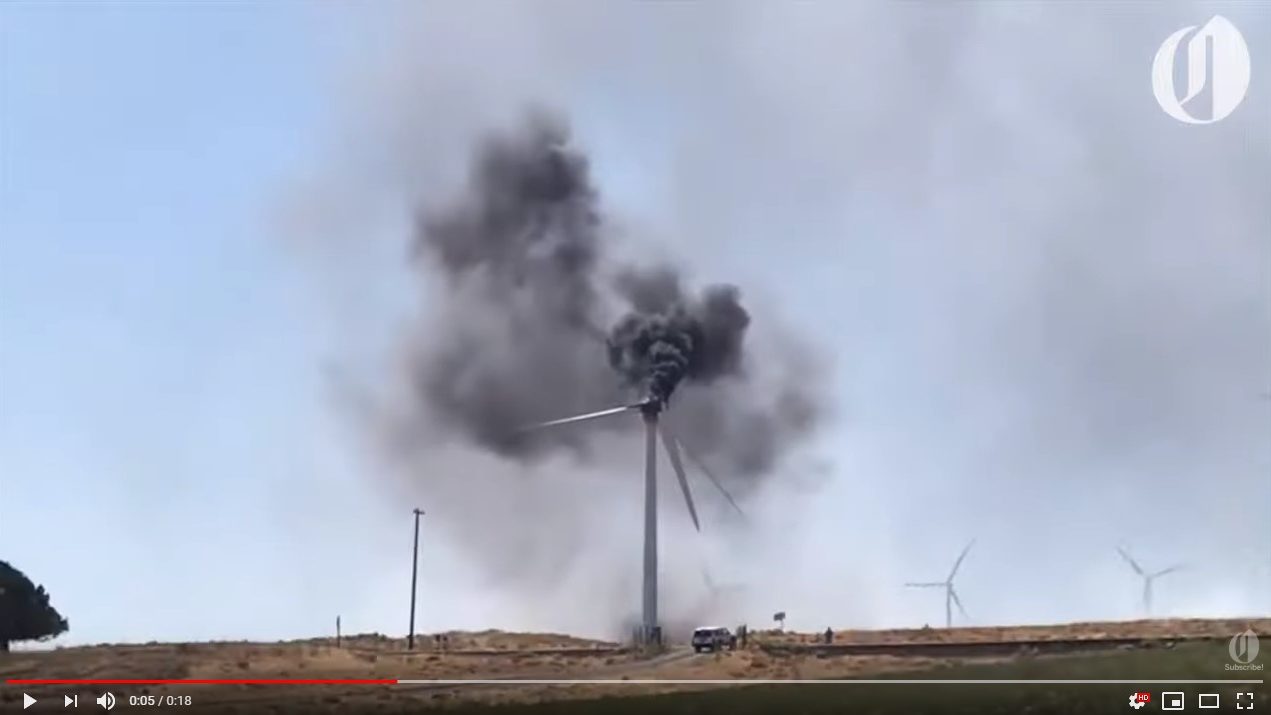