Skip to content
Photo by Icons8 Team. The BFD.

Today is a FREE taste of an Insight Politics article by writer Nathan Smith.

The Great Reset Is Inevitable

Imagine you are the RBNZ governor. Every time you look at the country’s balance sheet your face goes white as a sheet. What’s your next move?

You see the spreadsheet column that shows accrued debt over half a dozen generations. It’s complicated and there are many layers to it. But when the algorithm spits out a single number at the bottom, you realise it in no way matches the number at the end of the other column that reads: income.

Obviously, a nation-state is not analogous to a family household. If the government is in trouble financially, it can just print more money. No household can do that. But as the governor of the country’s central bank, you know there is no such thing as a free lunch and although printing money might fill a gap today, it will hurt future generations. And then you realise you are in this situation precisely because your predecessors decided to print money. Curse their selfishness.

Debt. Low productivity. High welfare spending. Inflation. Deflation. Stagflation. You know there are real, tangible and immediate solutions to all of these fiscal illnesses. But none of them is possible to enact because your job is not to fix the economy, it is to manage its decline towards an inevitable terminal point that you hope will occur during the tenure of a future central bank governor. You might call it the “Great Reset”.

The solutions are impossible because they involve talking directly to the real culprit – the public. Again, you can see the numbers in front of you. Everyone in your office knows it is the average Kiwi’s snowballing degeneracy and narcissism that created the eyewatering numbers in that nightmarish spreadsheet. But it is not your job to fix this problem. It is your job to kick the can down the road.

The strange thing is: you are hired to do this job because the public does not want a Great Reset, at least not yet, not during their lifetime. Every Kiwi feels, deep in their bones, that a reset is coming. After all, if something cannot go on forever, then it must stop. The only question is when. And as the central bank governor, you are paid a lot of money not to tell the public the answer to this question.

But the Great Reset has already happened. For one thing, due to the government’s Covid-19 response, 30-40% of small businesses no longer exist. The same thing occurred in every developed country. They didn’t “suspend operations.” In just 12 months, they closed their doors forever.

Plenty of people were angry at the government for wiping out so many valuable community companies. They even blamed the RBNZ governor because most of the money the central bank printed during this time ended up flowing to larger corporates that had more-efficient supply chains and could take advantage of the sudden lack of small business competition.

As the governor, you want desperately to tell the public that it wasn’t Covid-19 or the money printing that destroyed local businesses. It is they, the public, who have been killing community business for decades all because they wanted to save 14c on a floor mop.

For example, when the Butcher Jacks franchise collapsed a few years ago, where was the outrage? The local butcher is mostly gone now, replaced by a giant supermarket. Just by walking into Countdown, people don’t realise they are encouraging economic decay. If the guy stacking shelves looks a bit depressed, it’s probably because his father or grandfather once owned a butchery and decided to trade his inheritance for some short-term cash.

Supermarkets are like giant, bloodsucking ticks. But these companies have long-distance suckers that lift a town’s money away from the local community. “At least we have jobs.” How is that progress? Jobs, everywhere. Before the bloodsucking ticks came along, people could build a business instead of getting a job. Now they get to wear a vest and stack shelves. How is that better?

But don’t reverse the causality. The locals killed the butcher, the baker and the candlestick maker. The beautiful old general stores closed one by one because people stopped caring about their neighbours. The chance to save a bit of cash on a cheaper eye fillet apparently was worth the price of destroying community energy. It was the butcher who bought a billboard above the football field, not to advertise his meats, but as a practical way to fund grassroots sports. He made it possible for the whole town to come together on Saturdays to watch the local team.

But everyone wanted to save 14c.

Do you remember Blockbuster video stores? The moment it arrived, people suddenly couldn’t wait a week for a copy of a new release video to be returned to the little family video rental store. They wanted to watch it now. But why not wait a few days? Why was it so easy to reject the local family-owned video store? The staff knew your name and what kind of movies you might like. Do you think the organ donors at Blockbuster care for you? By the way, Blockbuster is gone now.

The same thing happened to bookstores. A bookstore used to be a place where a local book lover could express themselves by offering a bunch of eclectic books to their community. Some bookstores had a right or left-wing lean, or maybe the place focused on sci-fi books. But when Borders or Whitcoulls came along everyone in New Zealand was suddenly served the same books. Do you realise what effect that has on the community? But Borders is long gone. Now there are no more bookstores.

What is progressing here? Bookstores weren’t improved by mass corporate control. A book is not a car. It’s a way of life. Downloading a book from Amazon is not a fix for this either, it robs you of the chance to get out of your house and meet other like-minded booklovers. People used to get laid by going to bookstores! You could stand in front of a section that made you look smart until a girl or guy came by then strike up a conversation and before long, you’d have their number.

As the RBNZ governor, you’re old enough to remember the coffee stores in the centre of town often had different types of coffee imported from around the world. The owners loved coffee so much that they would shave pieces of chocolate onto your cappuccino for free.

But then Starbucks opened an outlet on the same block. The little coffee store hung on, even as business got tough. So Starbucks opened five other stores on every other intersection. Starbucks knows it will never make enough money to afford the extra outlets, it just wants to kill the cafés. Starbucks doesn’t care. It uses these buildings as 3D advertisements so that when you think of coffee, you think of Starbucks. The local café eventually shuts down and everyone let it happen.

The RBNZ governor misses the days when, if your car stalled, you could ease over to the shoulder, lift the hood and if the distributor points were touching, you could gap it with a matchbook cover and probably make it home. Cars used to run for 30 years with most of the original parts, solid as the day they left the hands of some factory worker with a cigarette dangling from his lips.

That factory worker probably earned a decent paycheque that allowed him to buy a house and maybe afford a holiday twice a year. Then one day East Asia started making “cheaper” cars and now his family home is full of methamphetamine dealers and cockroaches while he sits in a miserable retirement village and the car parts made in East Asia last maybe six months, if you’re lucky. If that’s progress, I want to see what decline looks like.

The RBNZ governor recalls going to a Subway sandwich store last week. The guy in the uniform behind the counter was a typical hunched-over, bored-looking teenager. The kind of guy who cuts his own hair in chunks. Just a skinny loser. But the kid he was serving ahead of the governor was the exact same person. They were two kids saying “whatkindasaucedoyouwant,” and “umIdunnothegreenone” to each other. The Subway worker could have said to the customer “should I just eat the sandwich for you too?” because it really didn’t make a difference.

Looking at the country’s balance sheet, the RBNZ governor would love to remind people that only immoral people need government. And if the size of government is expanding, then…

But he can’t say those things. All he can do is manage the decline. The degeneracy will continue because that’s what Kiwis obviously want. His job is to soften the impact of the consequences.

In the end, that’s all the Great Reset is. These resets happen periodically not due to some scheming “elite” pushing our civilisation into a black hole. Companies only sell what you desire, and governments only put band-aids on the injuries you cause to yourself. We all chose cheaper prices over healthy communities, and now we are living in the world created by this choice.

What would you do if you were the RBNZ governor? How would you explain to Kiwis that it was their own greed and narcissism that made a Great Reset necessary? Would you do what is morally right to help a deeply immoral populace? Or would you just kick the can down the road?

As for the rest of us, if you want to reduce the size of government the only way is to improve your own morality. The system is not meant to control you, it is built to give you what you want. To change the system, you must become the kind of person who wants different things.

It really is that simple. 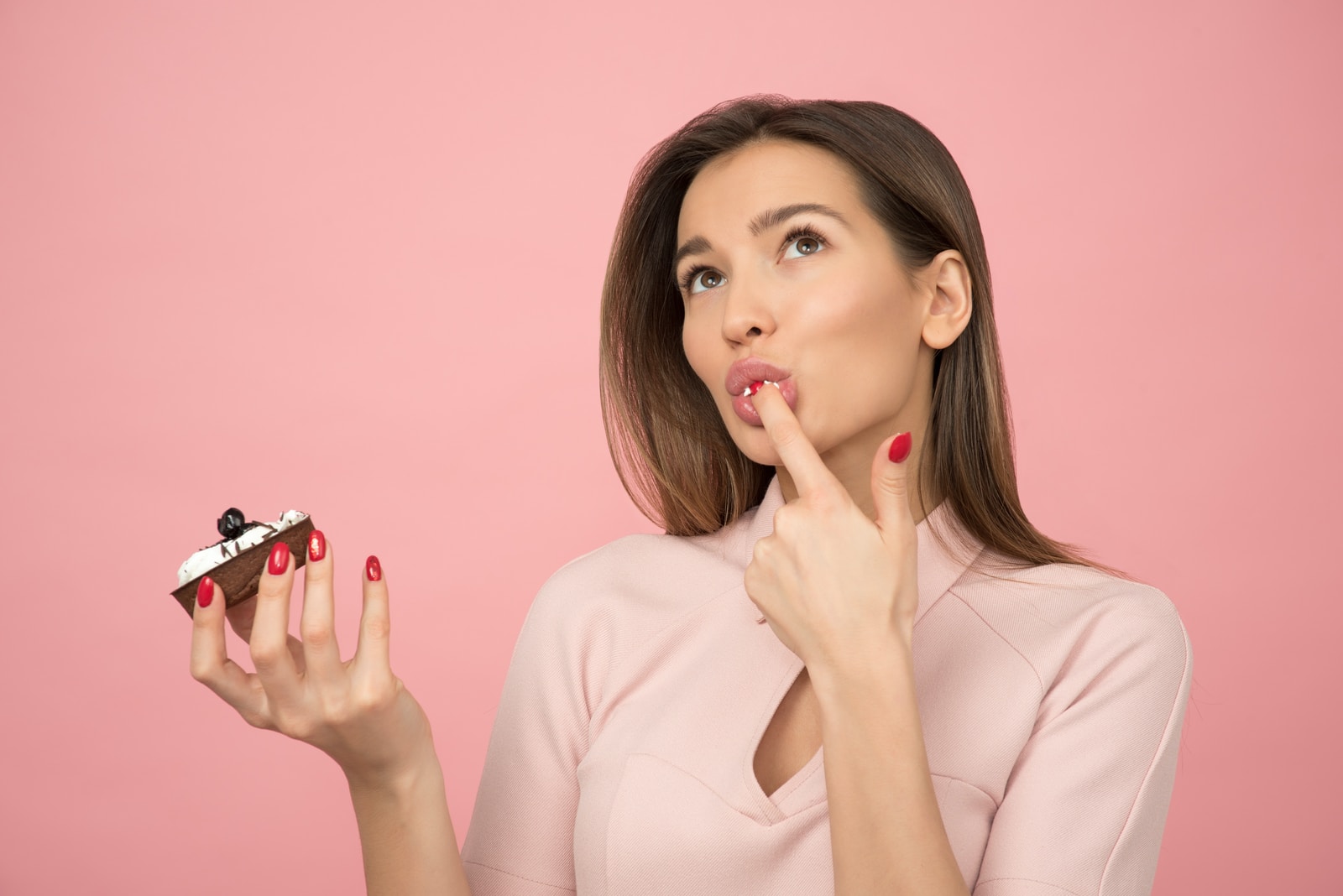