This an edited version of an article that appeared on the Elgar Blog from Edward Elgar Publishing. Reproduced with permission.

Ananish Chaudhuri is Professor of Experimental Economics at the University of Auckland and the author of “Nudged into lockdown?” Behavioral Economics, Uncertainty and Covid-19″

In March 2020, the WHO declared Covid-19, an acute respiratory disease caused by the coronavirus SARS-CoV-2, to be a pandemic. The primary non-pharmaceutical measure adopted by countries in response took the form of extreme social distancing or “lockdowns”. This widespread support for lockdowns was surprising since much of this went against detailed pandemic guidelines developed by countries or WHO advice prior to this. The consensus in the epidemiological community was that large scale lockdowns or quarantine were neither effective nor desirable in combating infectious diseases.

Tom Inglesby of the Johns Hopkins University Center for Health Security and his co-authors wrote in 2006: “The interest in quarantine reflects the views and conditions prevalent more than 50 years ago, when much less was known about the epidemiology of infectious diseases and when there was far less international and domestic travel in a less densely populated world. It is difficult to identify circumstances in the past half-century when large-scale quarantine has been effectively used in the control of any disease. The negative consequences of large-scale quarantine are so extreme… that this mitigation measure should be eliminated from serious consideration.”

The uniformity of responses across different countries was also striking. According to an article published in the Proceedings of the (US) National Academy of Sciences, 4 out of 5 countries in the Organisation for Economic Cooperation and Development (OECD) adopted very similar measures within a period of two weeks in March 2020. According to this group of researchers (p. 21201): “Given the heterogeneity among these countries in terms of the preparedness of their health care systems, their population demography, and the degree to which the pandemic had taken hold in each country at this time, the homogeneity in timing of adoption is striking.” Fairly early on in 2020 it became clear that the lockdowns made little impact on Covid-19 mortality. This was true if one compared across countries at a point in time, across counties in the United States and within the same country over a span of time. We have also known for a while now that the main drivers of Covid-19 mortality had more to do with human action as people voluntarily adopted precautions than lockdowns. It was also obvious relatively early and long before countries were imposing renewed lockdowns in the latter part of 2020 or even into 2021, that the aggregate costs of lockdowns exceeded any benefits by large magnitudes, something that led a leading Canadian researcher to refer to lockdowns as a huge public policy failure.

David Miles of Imperial College and his co-authors show that for the UK, there are no situations where the benefits outweigh the costs. If the UK experienced a 9% drop in GDP and managed to save 440,000 lives the total loss still would have been 68 billion pounds. If, on the other hand, the lockdowns saved only 20,000 lives and led to a 9%, 15% or 20% drop in GDP then this came at the cost 194 billion, 324 billion or 435 billion pounds respectively to the economy.

John Gibson of Waikato University and David Heatley (formerly with the Productivity Commission) reach similar conclusions for New Zealand: that the aggregate costs of lockdowns far exceeded any benefits. This drop in GDP matters since reduced per capita GDP translates into reduced life expectancy for all citizens resulting in a loss of millions of life-years: far exceeding the life-years lost due to Covid-19.

In fact, far from saving lives, Christian Bjørnskov of Aarhus University shows, on the basis of data from 24 European countries, nations that imposed more stringent lockdowns ended up suffering more total deaths than otherwise. The obvious conclusion is that the single-minded focus on Covid-19 may have prevented deaths due to that disease but at the cost of many more deaths from other causes.

As I point in my book “Nudged into lockdown? Behavioral Economics, Uncertainty and Covid-19”, research in behavioural economics provides compelling answers to this question. In his book “Risk Savvy”, the behavioural scientist Gerg Gigerenzer notes that, in the immediate aftermath of September 11, 2001, many Americans decided that flying was too risky. Instead, they chose to drive. In the 12 months following the attacks, an additional 1,500 people lost their lives on the road while trying to avoid the risk of flying. This is more than the total number of passengers in the planes used in the attack.

A similar phenomenon played out when it came to Covid-19. Faced with the prospect of losing lives and the attendant anxiety brought on by the pandemic, we focused exclusively on “identified lives”; the loss of lives that are right in front of us. In focusing on identified lives, we ignored the loss of “statistical” lives; the loss of lives from myriad other unidentified and untreated diseases as we devoted all our resources to a single-minded fight against Covid-19. Globally millions of children missed routine immunisations leading to a spike in diseases like diphtheria, measles and polio. But these deaths register less on our collective psyche since they are diffused, scattered all over the world and will not be reported on in the same breathless manner.

Framing mattered. Every day we were bombarded in the media by the number of Covid deaths. What remained unsaid is that for people younger than 70 years, on average Covid-19 has a higher than 99% recovery rate. The mortality rate is higher for the elderly but for young healthy adults under 50, the risk is even lower and for children the risk is minuscule. But stating that 10 out of every 1000 persons who contract Covid will die sounds different (and scarier) than saying that 990 out of every 1000 who contract Covid will live.

There was another bias that underlay the zeal for locking down till an effective vaccine came along. People failed to realise that typically it takes a decade or more to develop an effective vaccine. Moreover, the challenge does not end there. One then needs to distribute the vaccine to 7 billion people around the world because in a globalised world diseases propagate rapidly. Unless a country is willing to seal off its borders permanently, the only way to acquire immunity is to vaccinate the vast majority around the world. But as Daniel Kahneman and Amos Tversky have shown, humans tend to overestimate small probabilities and underestimate large ones.

So even though the prospect of developing and distributing an effective vaccine within a reasonable timeframe was a low probability event, we collectively overweighted this chance. Simultaneously, we underestimated the probability of large-scale job losses, economic and social damage, which had a much higher probability of happening.

Another major deficiency in policy making was that throughout the Covid-19 pandemic, we were told to just “trust the science” implying: listen to the advice of epidemiological researchers. But this was a narrow view of what the relevant “science” was. Epidemiologists can tell us about case and infection fatality rates of pathogens or their prospective paths of transmission. But what we do with that data, what level of risk we are willing to tolerate, what costs we are willing to bear and what freedoms we are willing to sacrifice are no longer questions for epidemiologists. In fact, this question should not be left to them. It requires expertise from other social sciences and humanities.

This lack of engagement with other types of expertise has had consequences. Faced with the recession and job losses resulting from lockdowns, governments around the world took to printing large amounts of currency in order to keep interest rates low. This, in turn, fuelled large speculative bubbles in financial assets such as houses and shares. Lockdowns were devastating to blue-collar workers who did not have the luxury of working from home and who lost their jobs as people moved to online transactions. But the so-called “laptop class”, who could easily work from home and did not face the prospect of job losses, cashed in on the low interest rates by investing heavily in assets. This will result in a significant transfer of wealth from the less to the more well-off and increased inequality.

The idea was beguiling: force people to socially distance to prevent disease propagation. But underlying this was an acute misunderstanding of human behaviour and reaction. Consequently, we have inflicted massive social and economic damage that will take years to undo. 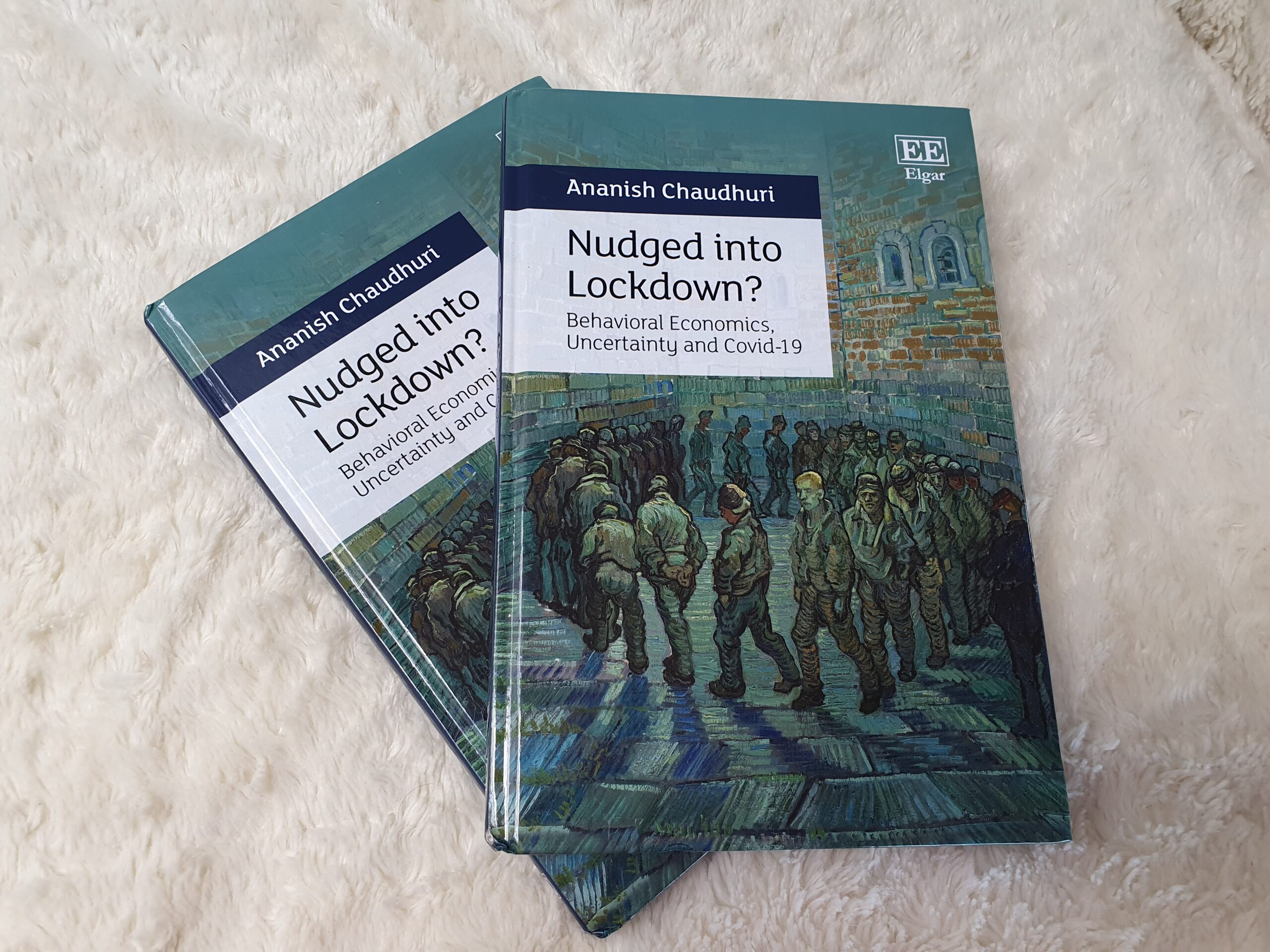