Freedom Alliance Wellington is running a public awareness event about masks outside Wellington Railway Station today. They also did it yesterday.

A large majority of the commuters stepping outside Wellington Railway Station on Thursday morning continued to wear their face masks despite the lack of a mandate to wear them outside.

Perhaps they were continuing to wear masks because they genuinely thought that masks provide protection against the virus. Maybe they were acting in solidarity with the masked commuting mass around them. Or maybe, after months of the mask mandate, their faces felt naked without them. One woman said she was only wearing her mask to keep her face warm.

The commuters were greeted by an array of signs, which were part of Freedom Alliance Wellington’s two-day public awareness campaign about mask-wearing outside the railway station. The event, Mask Freedom Day, was launched on Thursday morning and aims to encourage people to stop wearing masks.

The group is hoping to point out the ineffectiveness of masks against viruses. They are also highlighting the negative effects of masks on people’s physical and psychological health, as well as on the environment.

The group says mask-wearing is a symbol of government control and an integral part of the government’s Covid agenda that’s designed to keep people in a state of fear and compliance.

Freedom Alliance hopes the two-day event will help build public resistance to mask-wearing and put political pressure on the government to stop enforcing the mask mandate. 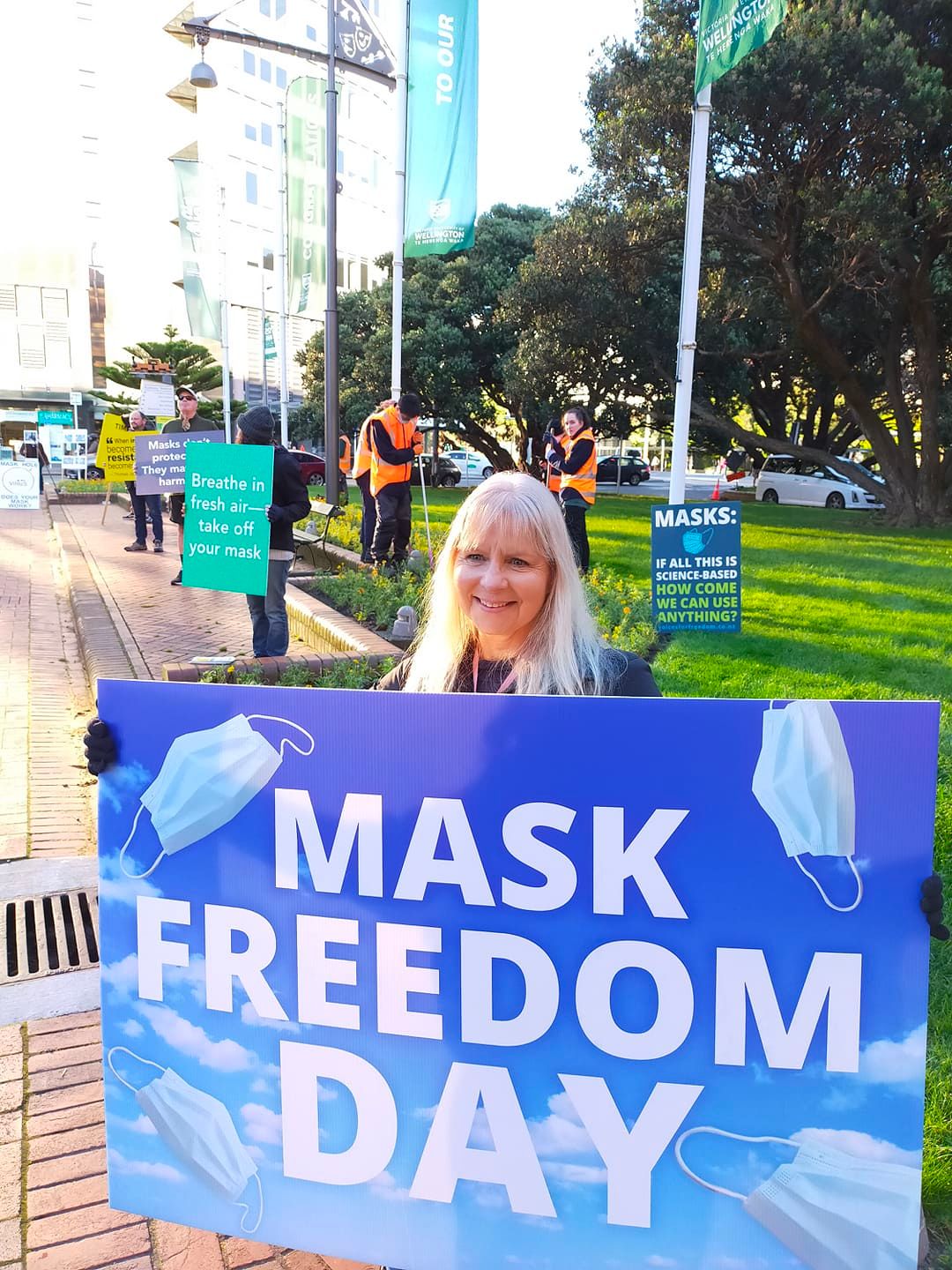