Could it be a case of not appreciating what you’ve got until it’s gone? The National Party lost Simon Bridges last week, which has reinforced the notion that the party still has some serious deficits of talent and diversity.

The major factor in Bridges’ decision to leave was his failed bid to regain the party leadership. He was rolled as the leader in 2020, and in 2021 he was again rebuffed by his colleagues, in favour of Christopher Luxon. Yet Bridges will be missed, and it’s an understatement to say that National is the poorer for losing him.

He was a talented leader – possibly their best out of the last four or five. He was also an incredibly valuable frontbench politician for the party. Without him there, the chances of National winning power in 2023 have been reduced.

National was already suffering from a serious diversity problem before Bridges’ departure. There were some significant resignations in the leadup to the 2020 election, and a poor election result meant that emerging talent from outside the party’s traditional demographic, failed to get into Parliament.

Bridges was National’s first Maori leader. His departure now leaves only Shane Reti and Harete Hipango making up National’s “Maori caucus”. Melissa Lee, is the only other non-Pakeha MP.

National is therefore being rightfully mocked by many for its lack of ethnically diverse representation. One journalist quipped last week that “there are now more Christophers than there are Maori in the National Party” and the “party has got as many Nicolas, Todds and Simons in the party as it does Maori”.

The Tauranga branch’s recruitment of a replacement for Bridges didn’t help matters. They came up with a short-list of four youngish pakeha males, with Sam Uffindell prevailing as the candidate. Luxon attempted to cite him as an example of diversity, explaining “He’s a person who is actually well-educated, gone off overseas, worked in a really complicated area of financial crime and has come back and is an agri-business champion as well for the Tauranga electorate.’’

It wasn’t just National’s opponents who found this astonishing – rightwing commentator Matthew Hooton was incredulous that party officials didn’t “headhunt at least one Maori candidate for the shortlist”. Hooton elaborates: “it’s quite incredible that the relevant party officials, whose job it is to headhunt promising candidates and vet those who apply down to a shortlist, failed to deliver to local delegates a shortlist that at least tried to respect the new leader’s call for diversity”.

According to Hooton, National’s failure on diversity is more to do with a fixation on seeking out extremely bland politicians:

“I don’t think today’s National is racist or sexist. It might even be said to be worse than that. It’ll take people of any gender, sexuality or ethnicity – just as long as they are blue-suit and white-shirt people, with bland personal and managerial backgrounds, who think politics is about acting out The West Wing and that government is about signing off the most modest and safest proposal their bureaucrats recommend.”

Hooton worries that National is now in the habit of avoiding more interesting and potentially controversial candidates, which contrasts with a National Party that used to be more politically tolerant and inclusive:

“As far back as the 1970s and early 1980s, National was sufficiently cosmopolitan, ideologically diverse and lacking in fashion sense to be choosing Marilyn Waring, Winston Peters, Ruth Richardson and Norman Jones for safe provincial seats… I doubt today that the likes of Waring, Peters, Richardson, Jones or Wood would get past the vetting process, because they just aren’t bland enough for the National Party today. I even wonder: Would Jenny Shipley, Simon Upton, Lockwood Smith, Doug Graham, Murray McCully, Nick Smith, Georgina te Heuheu, Gerry Brownlee or Tau Henare get through? Or even Tim Groser, Paula Bennett and Simon Bridges?”

Unfortunately for Luxon’s supposed diversity drive, what happened in Tauranga may be repeated throughout the country in 2023. In National it’s the branches that decide the local candidate, with no reference to the overall makeup of the caucus. And even if National’s party list has an incredible range of candidates, it’s likely that National will win back many electorates it lost in 2020, meaning few MPs will come from the list.

National’s problems don’t end with diversity. It also has a serious lack of talent and experience in its caucus, particularly with the loss of senior MPs over the last few years, such as Amy Adams, Nikki Kaye, Chris Finlayson, Bill English, Steven Joyce, and Paula Bennett. This means if a National administration was elected next year, it would have very little governing experience. Even “Prime Minister Luxon” will have been an MP for only three years. 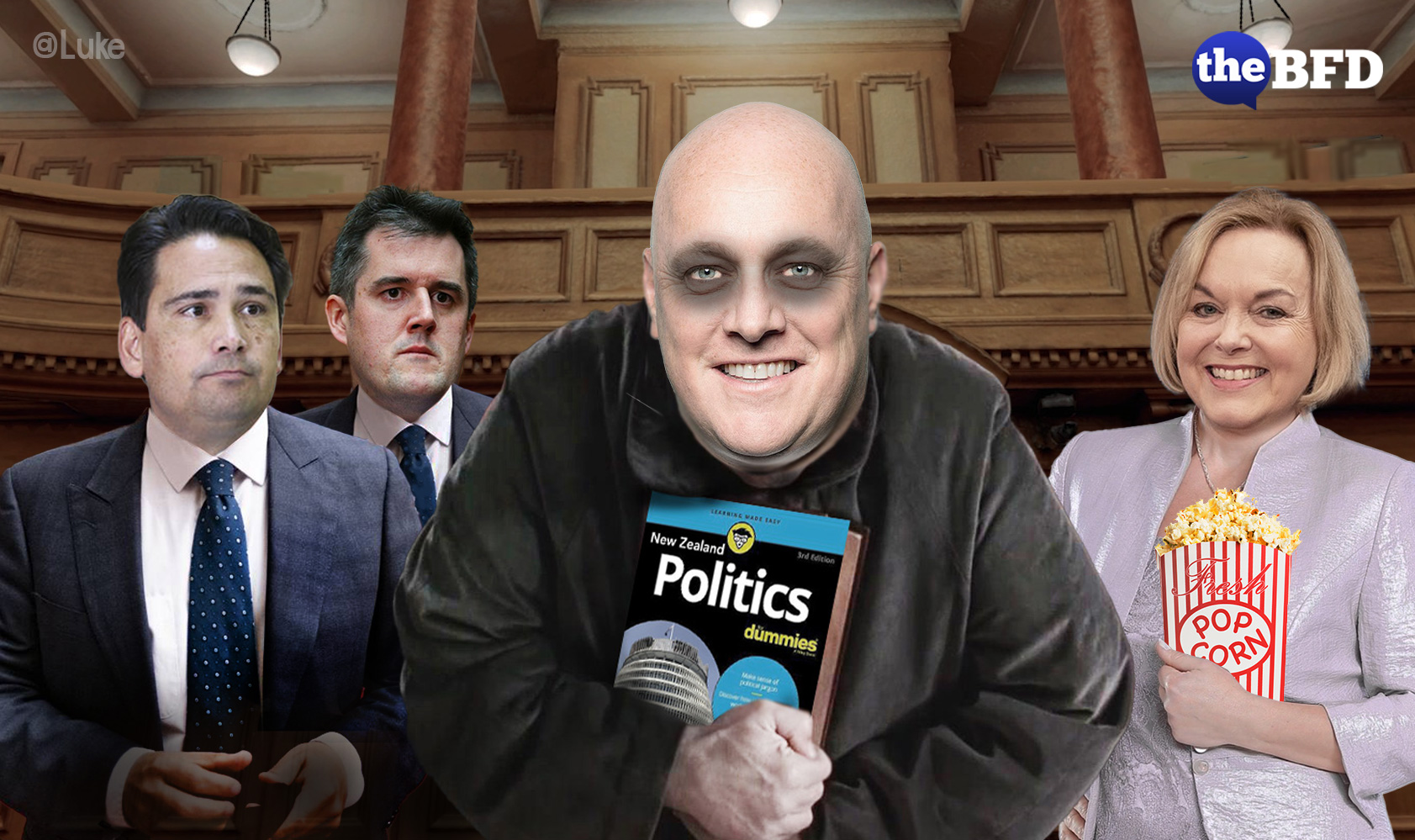