What does Jacinda Ardern’s New Zealand have in common with Germany? No, it’s not just crappy weather and a reflexive urge to follow rules and obey orders, and you wish it was the beer.

No, what New Zealand and Germany have in common is that they’re both an object lesson to the rest of the world in what not to do.

When it comes to their foreign policy issues, you might not think they have much in common. But the parallels in both countries’ international positioning are astonishing. This is why New Zealand should take note of Germany’s woes in the wake of Russia’s war against Ukraine.

Mostly, Germany’s current difficulties can be traced back to Angela Merkel’s delusion that, in Helen Clark’s immortal phrase, the country floated in “an incredibly benign strategic environment”.

It pretended that Russian oil, gas and coal exports were just ordinary business transactions. Berlin went to extraordinary lengths to pretend that even the notorious Nord Stream 2 pipeline was just another ordinary private sector project. This was even after the US threatened sanctions against anyone involved.

The Germans also believed that the end of the Cold War had created a perpetual peace dividend.

Who still needs to have an army when you are surrounded by friends? Germany thus allowed its armed forces to deteriorate to the point where it had no ships that sailed, no planes that flew, and no soldiers properly equipped for their missions.

It’s a bit harsh to blame Merkel for the latter entirely, of course. Germany’s entire post-war political mindset is that, besides practically rewarding them for WWII by rebuilding the country wholesale, the US would always be there to provide Germany’s security. Like an arrogant adolescent, Germany figured it could sneer at America as often as they liked and Big Daddy would just keep dutifully paying the bills.

When the Bad Orange Man threatened to kick them out unless they straightened up, it’s no stretch to say that Germany, like the rest of NATO, shit itself. The lederhosen only got more soiled when Putin launched his war.

Since then, the government of chancellor Olaf Scholz has been scrambling to rebuild Germany’s strategic position in a hurry.

If Germany’s story does not remind you of New Zealand, it should.

New Zealand has also put business ahead of defence. It has likewise shackled its economy to an authoritarian great power. In this case China, not Russia. But the dependence is every bit as critical as Germany’s. If China suddenly decides that Wellington is no longer subservient enough, and abruptly severs trade (as it did to Australia, in response to querying the origins of Covid), NZ will be in much the same trouble as Germany.

New Zealand has also neglected its defence spending. At 1.5 per cent of GDP, New Zealand spends about as much on its military as Germany. That is too little to defend New Zealand, and also insufficient to pull its weight in the region.

Just like Germany, New Zealand was content to free-ride on the defence provided by its allies, most notably Australia and the US. And just as Germany, New Zealand irritated these allies, for example over its reluctance to engage more deeply through the Five Eyes partnership.

Finally, like Germany, New Zealand is tilting at a delusional “Net Zero” windmill — with the same result, deteriorating energy security.
Germany, whatever its green virtue-signalling, has quickly learned, and is reactivating its coal plants and digging up more dirty lignite coal. Its black coal imports are also set to increase, in a desperate effort to keep the country running.

These are all lessons that the Ardern government has refused to heed. 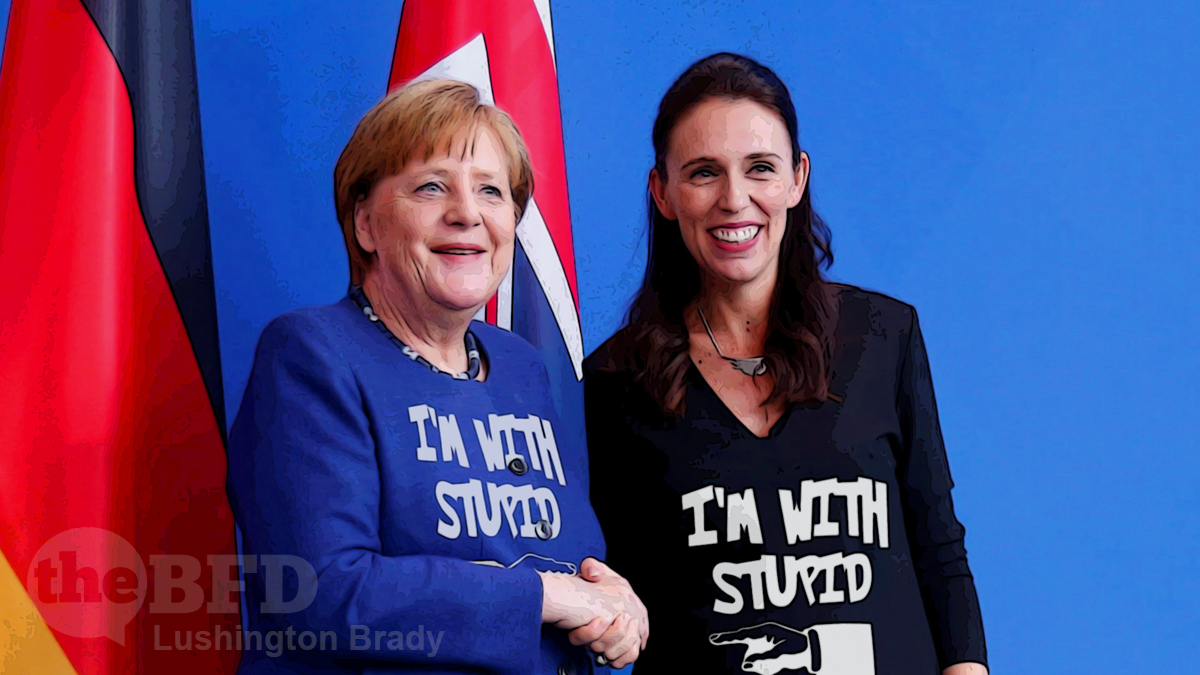