If anyone of prominence dares to criticise Maori, up pops Jack in the box, Willie Jackson. David Seymour, also of Maori Heritage, has just done so and Willie is highly incensed. He has labelled Seymour a “useless Maori”.

While recognising that Seymour does have Maori whakapapa Jackson said he was a “ clueless Maori” and a “useless advocate for Maori”. He said Seymour was “from another time”. “He perpetuates lies and myths, he tries to make out Article Three rights don’t exist, he tries to make out every single person has the same right – the reality is he’s trying to deny Maori have a Treaty right. That Treaty right is not a superior right, it’s an equity right – it brings Pakeha and Maori together.” So he would have you believe.

Let’s consider all of that diatribe for a moment. Giving it a broad brush, it is nothing more than a load of racist vomit, spewing from the mouth of a man who obviously has his own agenda. It’s racist because if Seymour had said that about Jackson, Jackson would have called him just that, a racist.

In Willie’s world racism is a one-way street. Perhaps he could add it as a treaty right “from another time” that only Maori are entitled to call out racism. The problem Jackson and his ilk have is that their view of the world, from a Maori perspective, is definitely “from another time”.

Jackson calling Seymour a “useless Maori”, a “clueless Maori” and a “useless advocate for Maori” raises the question: what message is he trying to convey with his racist insults? His insults are certainly not in line with Article Three of the Treaty which he says is designed to bring Maori and Pakeha together under some sort of imaginary equity right.

The problem for Maori is with the Treaty itself. As long as Maori stay wedded to that document, continually modernising it “from another time” to suit their current thinking, they will forever have problems of their own making.

It is Jackson and his fellow travellers who are perpetuating the lies and myths, not Seymour. They have systematised the Treaty so it fits into the world as they would like it to be. A better course of action would be to recognise that the Treaty is the major stumbling block contributing to their lack of progress.

Seymour has just illustrated Article Three of the Treaty by wanting to get rid of Te Puni Kokiri and the Maori Health Authority because neither of them is bringing Maori and Pakeha together. They are separatist entities.

When Jackson talks about bringing Pakeha and Maori together it is on the basis that Maori have control. This is how it should be in the Aotearoa he envisages. This is purely on the basis that his immigrant Maori ancestors arrived before his immigrant European ancestors and the colonisation that followed is responsible for all of their modern-day Maori ills, economically and socially. 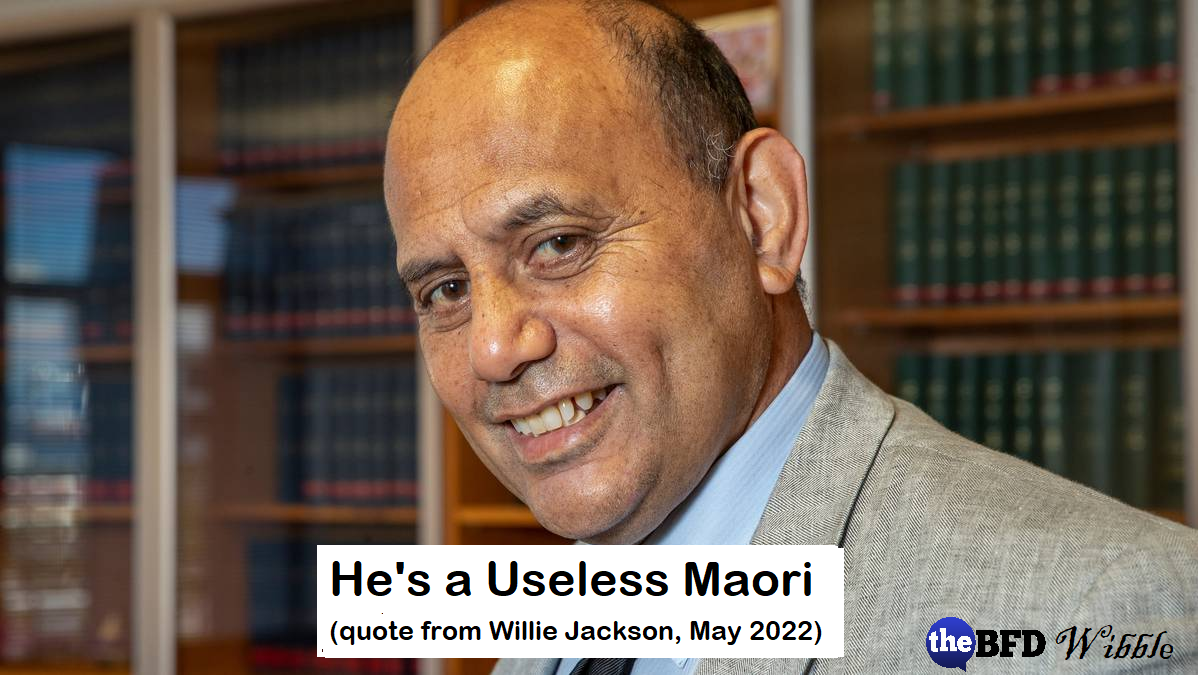