The Government continues to refuse to speak to protestors on the basis they are engaged in illegal activities, yet history shows Government engaged proactively with the Mongrel Mob and the Taliban.

Today police moved to clear the streets around the main parliament lawn centre of the protest – indiscriminately using pepper spray in ways that are illegal, many dressed in riot gear.

Much has been made during the past few weeks by Government and police about the actions of a very small number of individual protestors. If New Zealand applied this approach to rugby, each time the ref handed out a red card, they’d then also send the entire team off the field. Each time a mother screamed at the opposing team at a school sports field, all parents would be banned from the sidelines.

Every reporter that’s attended the protest site over the past few weeks has been witness to how the vast majority of protestors are there peacefully. These people have lost so much due to the mandates and are only in Wellington as a last resort. All other avenues for discussion and debate have been shut down on them.

These ordinary kiwis have been stripped of their ability to:

Many have experienced harm from the vaccine and have been denied exemptions from further doses. Others have watched family and friends struggle with their health post-jab, and some have lost loved ones soon after taking the vaccine. Many protestors are vaccinated but oppose the mandates. A recent poll confirmed that one in three New Zealanders support the protestors. After today, that number will have grown.

The protestors are united in wanting the mandates dropped and to make their own informed choices regarding their health – free from coercion and punishment.

They want to be able to put food on the table for their families.

They want to retain their homes and not be forced to live in their cars with their kids.

They should not experience being faced down in a public street by public servants dressed in riot gear, sent in by the country’s Prime Minister to move cars.

This communication summarises the agreed position of groups representing the majority people who have supported, travelled and stayed at Parliament over the past two weeks: 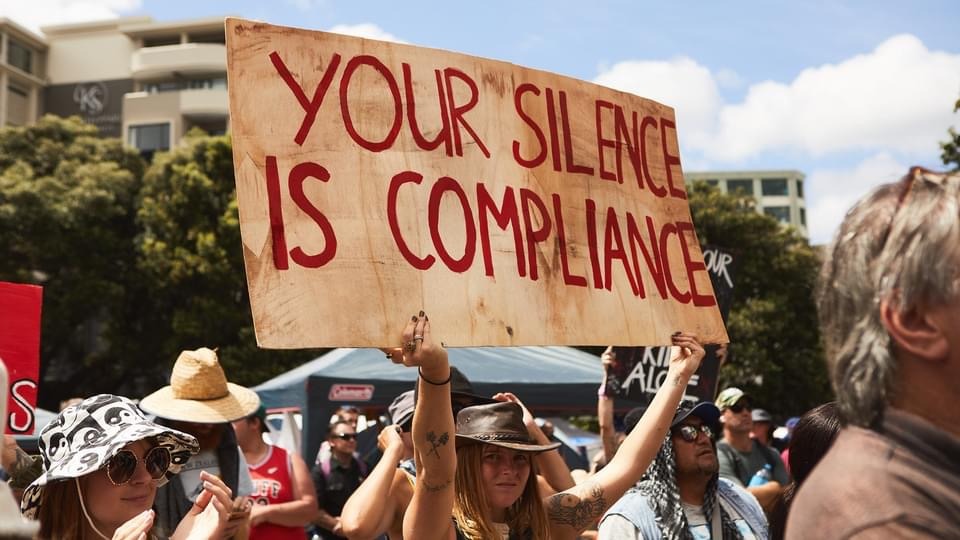