I write this essay fully aware of the backlash and, at times, real-world consequences afforded to the authors of similar documents in the current socio-political climate. Nevertheless, I would invoke the NZ Army ethos ‘3CI’ – particularly ‘Courage’ and ‘Integrity’ – in defence of the opinion I will express herein. The open discussion of any issue must be possible without fear of repercussions on both sides of the debate if the best outcome is ever to be reached. That is the fundamental value of free speech that permits the free enquiry, self-reflection, self-criticism and peer review that underpin our scientific and academic edifices and, in fact, our entire civilisation.

I will argue that the NZ Army cannot reconcile a more diverse and inclusive workforce with the maintenance of a warrior ethos and war-fighting culture or at least, it should not try. Further, it should redirect as little energy as possible toward creating a more ‘inclusive’ culture in the way that this kind of language is understood in the politically charged parlance of the present day. On the contrary, I will argue that, if anything, the Army should instead endeavour to become more exclusive.

I was only made aware of this writing competition by my chain of command today, the final day for submissions, so my essay will not contain any academic citations or supporting material but will instead be my own opinion based on my own observations and experience. This opinion may be unpopular, especially with that vocal minority in the civilian world who have become so enamoured with so-called ‘Woke’ culture. However, I suspect that many of the arguments I put forward will resonate with the quiet majority, especially in the military.

The Right Kind of Diversity:

In the present discourse ‘diversity’ is generally read as diversity of race, gender and sexual orientation – that is diversity based on ‘identity’ (I will demarcate this conception of ‘Diversity’ henceforth with a capital ‘D’). Ironically, I believe the Army has actually done a good job in terms of racial inclusivity with Maori over-represented, relative to the population (according to a quick Google search). During basic training we are taught that the cultural foundation of the Army is built upon a proud tradition of Maori warrior culture being interwoven with regimental British military doctrine. This is further expressed in the iconography and ceremony of the Army with Haka performed alongside traditional British-style military drill, as one example. This synergy of cultures is one of the unique features of the NZ Army that I am sure has contributed to its reputation for ‘punching above its weight’ in theatres of war across the globe.

This may seem like a ‘slam-dunk’ against my argument. However, increasing focus on these identity-based notions of Diversity only sows greater division and discord in society and would, I fear, within the Army too. This is not meant to diminish the value of the fusion of cultures, the merits of which I just laid out. Rather, I argue that a deliberate effort to engineer diversity will do more harm than good. In fact, to focus on identity goes against the well-known Army maxim of colour-blindness: ‘we are all green’.

The trend over the past five to six years to increasingly focus on race, gender and sexual orientation feels like a return to a pre-social revolution era where these arbitrary features of a person were given so much more weight than they deserve. Their return to the spotlight has been undeniably corrosive to society and the political sphere, which appears to have grown to encompass everything. Instead, the kinds of diversity that should matter to an organisation like the Army are diversity of opinion, experience, attitude, class and background. Again, in my experience, the Army already excels in this area.

The Threat from ‘Diversity’ and ‘Inclusion’:

The ‘Woke’ culture that has led to the popular preoccupation with Diversity and inclusion is antithetical to the Army’s ethos and values. It is built on the notion that feelings are more important than facts. It asserts that everyone is the same while promoting the merits of Diversity. It shuns notions of excellence and meritocracy. It diminishes personal responsibility and erodes resilience, even rejecting the notion that resilience is a virtue. Social media has been the vector for this intellectual contagion and evidence has even surfaced that this has been cynically aided and abetted by belligerent foreign governments with the explicit goal of weakening western democracy. We must not capitulate to our enemies’ efforts.

The primary threat of any effort to be more ‘Diverse’ and ‘inclusive’ is opportunity cost. Put simply, every resource that we divert toward programmes aimed at improving Diversity and Inclusion is a resource that is not available to be used for the Army’s only responsibility: to protect New Zealand. Whether that is in preparing for wars or fighting them (or civil defence).  Every man-hour that is spent on ‘cultural awareness training’ or similar programmes is a man-hour that is not spent training for combat or monitoring our enemies. How are they spending their man-hours?

While these considerations are at the discretion of private companies and individuals in the civilian world, there is no room for them in the military where performance is, by definition, a matter of life and death. As the Defence Force we have sworn an oath to defend New Zealand and compromising our ability to do so, to any degree, is a violation of that responsibility. We must not be lulled into a false sense of security by the relative peace which we enjoy and succumb to the luxury of being able to concern ourselves with these issues. A peace which was bought with blood by those men and officers that went before us. In fact, it is our duty not to.

Where the Army should be more inclusive:

Despite what I have written so far, there are some areas where I believe that the Army could be more inclusive so as to better uphold its duty to the nation. The first is to relax or eliminate some of the somewhat arbitrary ‘defects’ that disqualify a prospective recruit from joining, in spite of the net balance of qualities that that candidate may bring to the Army. For example, certain medical or mental health conditions or even histories may be automatically disqualifying. Especially as medical technology and understanding improve, it would seem that many of these conditions may no longer affect a soldier or officer’s ability to perform their duties and could go the way of ‘flat feet’.

Though the role of the Army has never changed, many of the roles within the Army are changing. Especially with the advent of cyber warfare and increased reliance on technology in general. Thus, the soldier of the future is not only the fighting soldier – for whom strength and endurance of body and will are paramount – but also the computer technician. There is also a role for civilians employed by the Army to play in this. As roles continue to expand and evolve, a different culture will evolve alongside them. This must be a culture that is hospitable to the kinds of people that will be needed to fill roles behind computer terminals rather than behind guns. However, the still-present maxim of ‘soldier first’ necessitates that everyone who wears the beret must also be prepared and able to fight the enemy in the traditional sense. Therefore, the standards must never be lowered to accommodate inclusion, ‘the lives of the people to your left and right’ depend on it. The Army will never be for everyone and that is not a bad thing.

Where the Army could be more exclusive:

As the use of technology increasingly comes to dominate the battlefield, required numbers of personnel may decline. A commensurate improvement in the quality of those personnel may be desirable. Rather than being more inclusive, standards should be raised to maintain effectiveness with this smaller force. Budgetary constraints may also play a role as capital replaces labour. Personnel capable of operating the technology being deployed will be required and it could be an opportunity to double down on the small, elite nature of the NZ Army.  Special operations forces have consistently shown that a small number of highly trained, highly motivated and well-equipped soldiers can have a disproportionate impact on the battlefield. Additionally, with fewer numbers, higher pay could be offered to attract ‘higher quality’ recruits. This could make the Army a career that young New Zealanders aspire to, rather than resort to.

I appreciate that if this piece were to win the writing competition, the optics may not be as desirable as one expressing the opposing viewpoint. I also understand that attracting recruits, public opinion and therefore, potentially, funding may depend on those optics. These considerations may in themselves necessitate the adoption of Diversity and Inclusion policies. However, I challenge the NZ Army to draw on its ‘3CI’ values and to continue to have the courage to do the thankless work of defending a nation that often may not appreciate the security it provides. To allow itself to become embroiled in these ‘culture wars’ would be an embarrassment, especially to the older generation of veterans and to the memory of those who paid the ultimate price. The Army should stick to fighting real wars.

Read the article about why the above article was cancelled and removed here. Comment on it on The BFD. 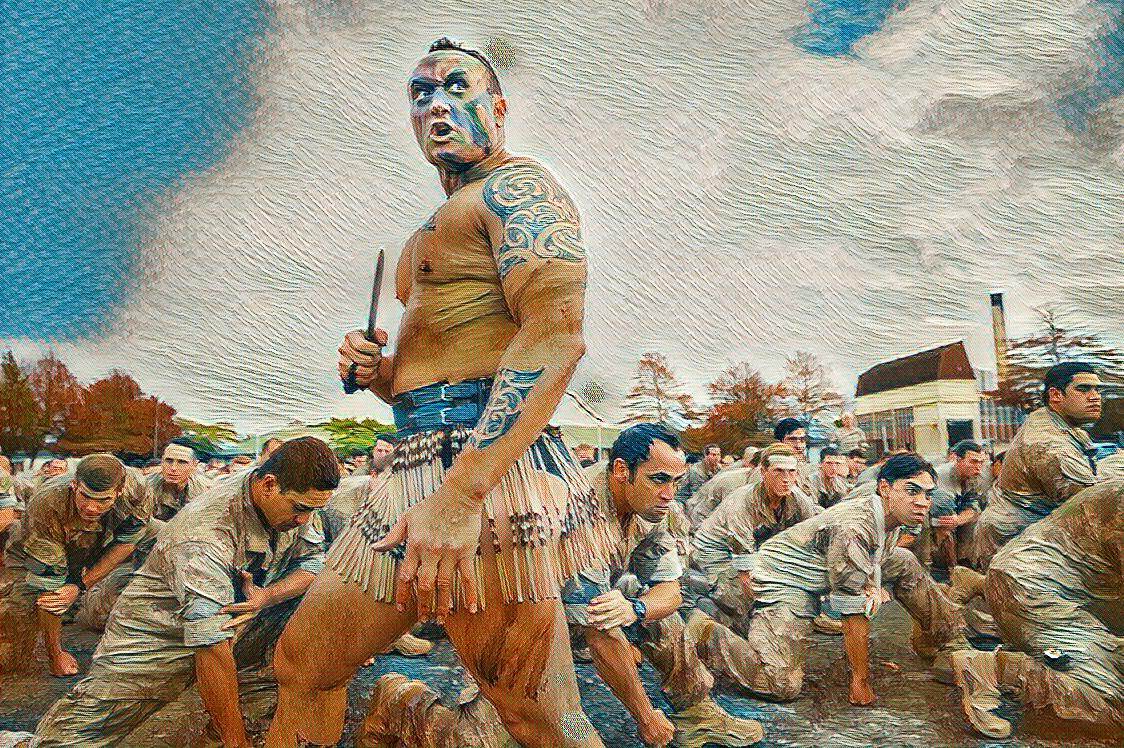