The Prime Minister is becoming more and more like the Mad Queen Daenerys Targaryen in the final season of Game of Thrones. She would seemingly rather burn the country down than abandon her increasingly insane approach to COVID-19.

As much of the world learn to live with the virus and move on, Jacinda Ardern has decided to dig her toes in and pursue a different approach, as if Fortress New Zealand is somehow special and can defy the odds under her command – at least in the short term.

It should ring alarm bells for many that the words “stamp it out” rolled off the Prime Minister’s tongue during her recent appearance at the Podium of Pain to announce the country would move to the Red traffic light setting in response to Omicron in the community. What country in the world has managed to stamp out Omicron? Even if it were theoretically possible, even in the short term, then what? It’s only going to keep coming back in again and again until it does its thing.

This initial “stamp it out” phase, part of a three-phase approach to managing Omicron, reeks of a time-buying, ass-covering exercise for an ill-prepared Government just back from an extended holiday to get up to speed and work out what the hell to do next. It is another cruel and punishing blow to a country that has taken one beating after another at the hands of a shortsighted, lazy and inept Government. That Kiwis should be made to pay the price for the Government’s failings yet again should see them run out of the halls of parliament and exiled to distant shores.

For those not under her spell, Ardern looks like an increasingly unhinged, erratic, Covid-obsessed despotic cult leader clinging to a fast sinking ship, desperately throwing deflated boosters at people in the vain hope that they might save both her and the country from an inevitable fate.

She has picked at the very fabric of this nation; destroyed the lives and livelihoods of thousands through prolonged lockdowns and draconian restrictions; locked 1 million Kiwis out of the country; broken relationships and families over vaccination status; demonised a subset of the population by spewing nasty rhetoric; implemented a cruel regime of vaccine passes, discrimination and mandates and tortured countless with incessant propaganda, fear and lies.

“Why then you may ask are we going to such lengths to slow it down? For the same reasons we’ve always taken COVID seriously. Because we’re a team. And some of our team are immune compromised. Some have illnesses. Some have vulnerabilities and of course many are older. All of these things mean our team will not experience Omicron in the same way. But if one of us doesn’t play our part, then someone else may suffer. We are stronger as a team than we are as individuals. And so now I ask that we all pull together again. Please be kind.”

There’s no getting the team back together. The “Team of 5 million” is dead. All that’s left is for the stragglers to navigate their way through Omicron the best they can, pick up the pieces on the other side and start the long and arduous journey of healing the deep wounds inflicted by a COVID-mad Prime Minister.

As a member of an ever-dwindling and much-maligned team of more critically minded folk, I certainly won’t be “pulled together” and I definitely won’t “get boosted” to be sent off to battle at the behest of a Mad Queen with a deeply flawed battle plan only to end up political “look at me, look at me” cannon fodder for a UN resume. She can keep her “personal armour” designed for a long since dead foe. I’ll be sitting this one out on the sidelines as a conscientious objector and one of those she nodded to with her line, “I know not everyone sees this pandemic in the same way”.

While much of the country goes Wuhan-batshit-crazy, jabs, cannibalises and (going by the recent toilet paper demand) shits itself over what will be a “mild to moderate illness for most people”, I‘ll be relying on crazy internet conspiracy theories like my immune system, youth, a healthy BMI, a balanced diet, plenty of fluids, regular exercise and bottles of vitamin c, vitamin d, zinc and aspirin to prepare and get me through. If things take a turn for the worse, I may even consider popping a few horse dewormers. 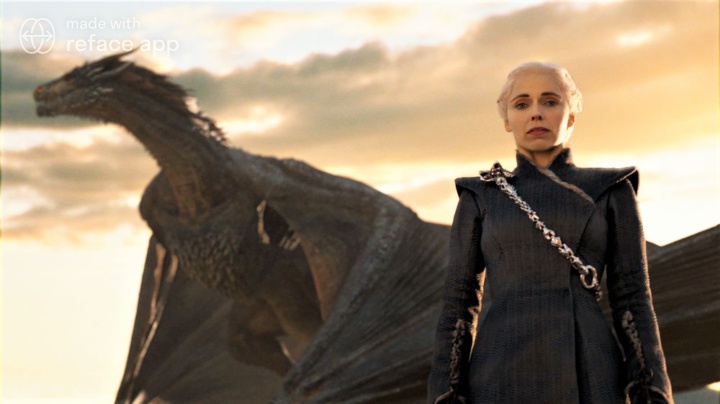