Anyone who is even remotely versed with an honest appraisal of the history of science knows that scientists make mistakes. Lots of them. Sometimes through ignorance, sometimes through normal human arrogance and stupidity, sometimes even on purpose due to greed or malevolence.

That doesn’t mean all or even most scientists are that way, or that science is fundamentally wrong. In fact, the virtue of science practised properly, is that it contains within itself the tools to override the stupidity, ignorance or venality of some of its practitioners.

At least it used to. Nowadays, we are more and more dealing with so-called “Post-Normal Science”, where the cardinal virtue is — and this is by its proponents own admission — not “rigorous truth-telling”, but ideology and political influence.

So, when some “IFL Science” drone or blatant government shill tells us to “trust the science”, it’s no wonder that more and more of us are blowing them a big, fat raspberry. Because we’re onto them.

A Yahoo News article last week detailed how Americans have become “exhausted” and “shell-shocked” by endless contradictory and sometimes flat-out wrong Covid directives and predictions by scientists. Back in February, a Pew poll found that fewer than two-in-ten U.S. adults believe that scientists are transparent about conflicts of interest, and only one-in-ten believe that “scientists admit their mistakes and take responsibility for them all or most of the time.”

So now with nom-nomicron closing schools again (without much evidence that it’s actually killing anyone, let alone kids), we’re seeing a flurry of “Can the public’s trust in the scientific community be restored?” pieces.

Make no mistake: this is a rod the scientific community have almost entirely made for their own backs.

The “politician/scientist alliance” (typified by the Democrats and Fauci) has done much to encourage both extremes, exhorting the left to lionize lab-coaters (Fauci literally declaring, “I am science”), and taunting the right with a stubborn refusal to admit errors and uncertainties.

Also, the personal behavior of the alliance members has engendered bad-faith skepticism to a huge degree. The people who tell us we’re gonna die if we (and our children) are maskless have no problem constantly violating their own mask rules. In their personal behavior, they don’t act like there’s an emergency. Ordinary folks pick up on that.

You can fool some of the people some of the time, as the famous saying goes. But when pro-lockdown pollies and their lab-coated shills blatantly ignore their own bullshit rules, and when they’re constantly proved wrong but never, ever admit it, well, not all of the people are going to be fooled anymore.

But perhaps the biggest giveaway is that […] group of “scientists and doctors” last year who released a public letter stating that BLM protests were more important than Covid precautions. Few things sowed Covid skepticism on the right as much as that. To a great extent, Covid bad-faith skepticism is on the heads of the people who signed that letter.

The “BLM protests are more important than Covid guidelines” declaration was blatantly political in a way that made bad-faith skepticism the commonsense response. Worse still, it was followed by several “scientific studies” claiming that BLM riots actually reduced Covid cases.

Those studies were garbage and, when challenged, the authors actually admitted it — privately, and very, very quietly.

You want bad-faith skepticism? That’s how you get it.

Now, leftists tend to overplay their hand; they get so fanatically immersed in their crusades that they lose all situational awareness regarding public reaction […] and the left is going to overplay its hand on “trust the science,” and I don’t just mean via unnecessary school closures and mask/vax mandates. Leftists, living in a bubble and fully convinced that “everyone” is on board with “take the word of scientists as the word of God,” are already attempting to expand “trust the science” to some of their other policies.

Prime example: the push by Soros-funded DAs, politicians and activists to de-fund the police and de-incarcerate felons. “Based in science!” they cry.

Watching a hand be overplayed, in real time.

Because even the most scientifically-illiterate shmo can see for themselves how crime rates are skyrocketing at unprecedented rates in Democrat-run cities which have embraced “defund the police” policies. When a lying “science” shill tells people to stay indoors at all times and never, ever go outside with a mask, then sits on a beach kilometres from home, chatting gaily unmasked while their pal goes swimming, people are going to notice that sort of shit.

Word to the not-so-wise in labcoats: nobody’s going to trust you or your “science” when you’re such obvious, ideological, pathological liars.

If trust in science is in the shitter, you’ve got nobody to blame but yourselves. 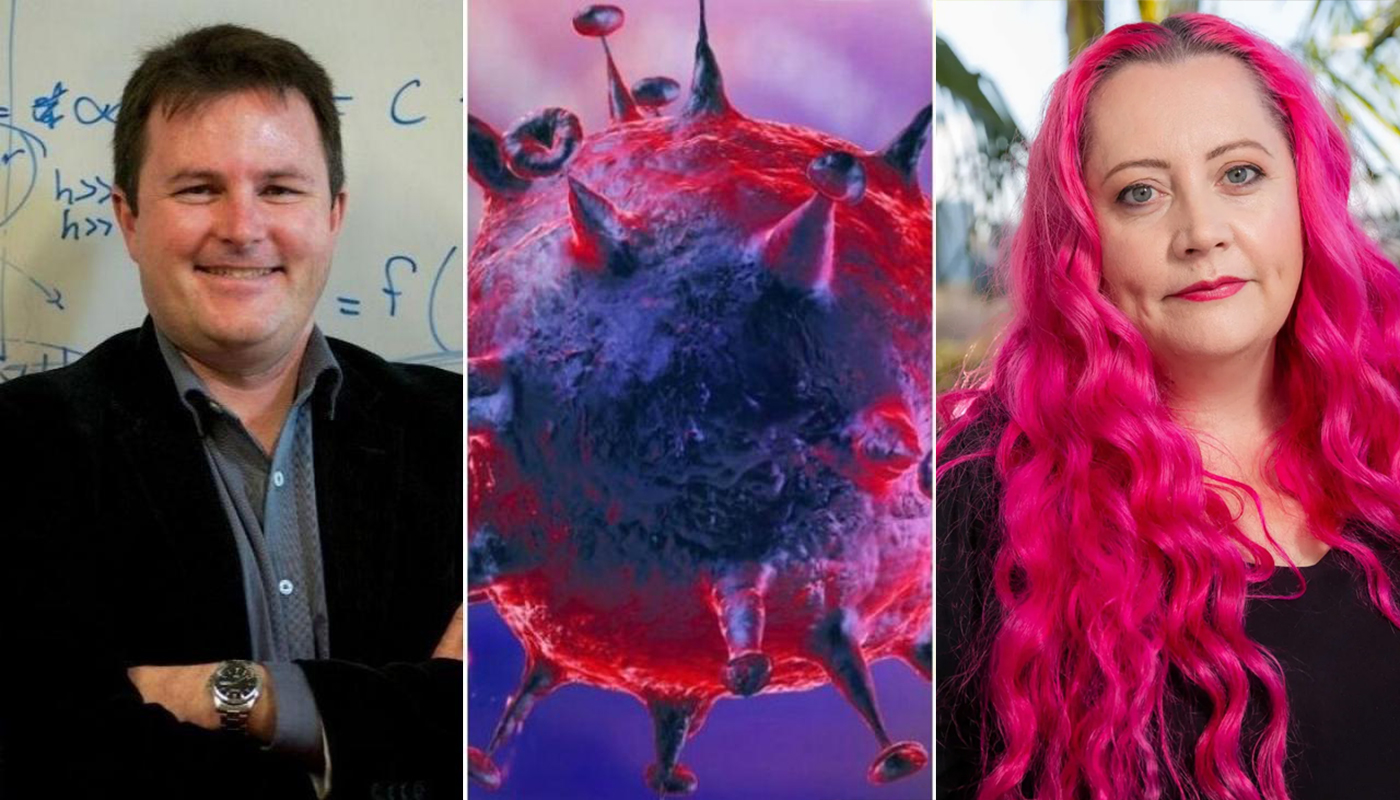