Yesterday, I was invited to a gathering of like-minded people, to have drinks and a general chat about the state of the country. Unfortunately, I was not able to make it, but I did canvass them with one question. Why did Jacinda cancel her wedding? None of these people are fond of Jacinda, to say the least, so I knew I wouldn’t get any silly answers, such as claims that she did it for the Team of Five Million. You see, this question has perturbed me since Sunday. Of all of the restrictions that Code Red imposes on the country, gatherings of up to 100 people are allowed, so long as vax passes are used. One cannot imagine the COVID queen holding her wedding any other way; I would expect photo ID to be required as well, along with facial recognition data and a requirement to leave all weapons at the door.

So why do it? Here were the options I gave them:

a) She doesn’t want to marry him

b) Because of Omicron

I have believed for a long time that this wedding would never go ahead, but was absolutely convinced of it when the hosts of a Breakfast TV show gave her a small wedding memento just before Christmas. Her face said everything. A blushing bride she is not. She looked horrified.

But nobody went for that option.

Nor was anyone stupid enough to believe that she is doing it to join hands with all those Kiwis who have struggled during the pandemic, unable to hold weddings or funerals, or see loved ones, or even come home. Rumours of a very opulent wedding have been rife over the last few weeks, but at worst, all she had to do was ‘uninvite’ some guests. This is Jacinda we are talking about. No doubt they would understand, and let’s face it, 100 guests still allows the majority of your loved ones to attend… although possibly not all those international politicians and dignitaries that have been rumoured to be on the guest list. No. I don’t believe that was the reason either.

The third option got some votes. If she held her wedding now, almost 2 years before the next election, she would lose all the feelgood aspects of it long before we all go to the polls. There are only so many cute Neve stories that you can roll out before it becomes obvious that the child is a political pawn. But if she holds her wedding in March next year, she may still be basking in the afterglow of all those articles in women’s magazines by October. She knows she is universally hated – she cannot have missed that – but she is hoping to throw around some more fairy dust just in time for the next election. She may also be hoping that the pandemic will be over by then, and people will have forgotten about how shabbily they were treated by an authoritarian communist government. That is a vague hope. Certainly, the group of Kiwis languishing in foreign countries, unable to get home, are not going to forget how they have been treated… and, in the past, most of them have voted for the left side of the political divide. That won’t happen again.

But my friends came up with another option, and many of them went for it. They thought she was looking for sympathy. Whether or not the wedding arrangements had been finalised (and there was some uncertainty about that), she has used the opportunity to garner sympathy from her acolytes and the media (who will comply like salivating dogs, of course), to deflect from the terrible damage she is doing to the country. “She is a nasty, horrible, destructive bitch… and that is the only good stuff I can say about her.”

I had gone for the third option, but now I am choosing the fourth option, along with many of my associates. However, if she thinks it will get her sympathy, I am delighted to say that she is wrong about that as well. The Daily Telegraph UK has no sympathy for her at all. Stunned by the continued harsh controls imposed on New Zealanders while the rest of the world is moving on from the pandemic, it did not fall for the call for sympathy one little bit.

In certain quarters, New Zealand Prime Minister Jacinda Ardern has acquired a reputation for being the most virtuous leader over Covid. The Atlantic called her the ‘most effective leader on the planet’. The Guardian celebrated Jacinda, among other ‘female-led countries,’ for keeping deaths low and the nation largely free of lockdowns.

Yet now the magic trick is over, and the ‘Zero Covid’ charade is falling apart. Despite a high vaccination rate — 93% of people aged over 12 years — and the arrival of a milder strain, restrictions are only getting harsher. While the world opens up, New Zealand continues to delay the inevitable.

In response to a cluster of omicron cases, new Covid restrictions have been imposed. Hospitality venues and indoor events are now capped at 100 (vaccinated) people, and mask mandates are in force in shops, on public transport and in schools.

Ardern, determined to martyr herself along with the rest of the country, has even cancelled her own wedding.

And you are going to love this bit:

New Zealand sits alongside China, North Korea, and Turkmenistan in trying to continue to prevent Covid from spreading. These are countries that have treated Covid as some sort of battle between good and evil, where even a single infection is perceived to be a moral failure. They have struggled to exit this mindset even as most of the world moves on.

Turkmenistan!!! A country that no one travels to, full of white marble buildings that are completely empty and governed by a post-Soviet totalitarian regime.

Sounds just like New Zealand, right?… except for the white marble, of course.

There has been extraordinary misery and death from the virus, but increasingly in the context of vaccines and treatments, from superfluous government activity. New Zealand may be a hold out, but the facts of the world point towards Covid turning endemic and people moving on with their lives. The sooner Ardern comes to this realisation the better.

Oh dear. The hunt for sympathy has backfired. What rabbit will she pull out of the hat next, I wonder? 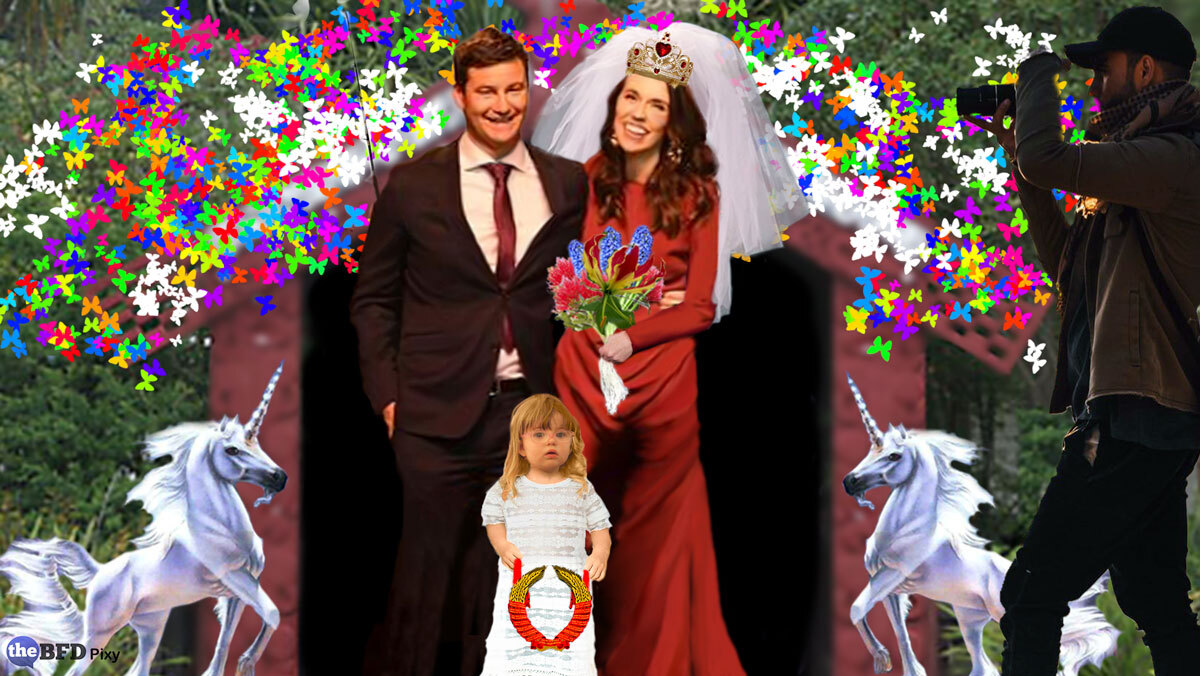