Skip to content
The last two heads on the Isolation Hydra. The BFD. Photoshop by Lushington Brady.

Mark McGowan and Jacinda Ardern have badly mis-read the Omicron room: when even your fellow Covidiots are mocking you, you know you’ve stuffed up.

Mark “Sneakers” McGowan, the West Australian premier, and NZ’s Jacinda Ardern are perhaps the last politicians in the Western world pursuing an “elimination” strategy and locking the rest of the world out of their little fiefdoms. Everywhere else, even the most committed Covidiots are clearly seeing that the two-year absolute power party is over, and are quietly re-adjusting their narratives.

The claim by West Australian Health Minister Amber-Jade Sanderson that NSW and Victoria were “in all but name’’ lockdowns was met with incredulity by political and business figures on Monday.

Victorian Premier Daniel Andrews offered to send an ambassador to brief the west as to why it wasn’t so.

Still, Dan’s not alone in making mock of the last eliminationists standing.

NSW Premier Dominic Perrottet played it straight, rejecting Ms Sanderson’s claim that the state was in lockdown and reminding WA that the Omicron variant cannot be killed.

“NSW is open, there is no doubt – go out on the weekend, the shops are open, the pubs are open, the restaurants, the bars,” he said. “Now activity is lower than it has been in the past, and that’s only natural when cases increase, but you can’t hide from the virus, you can’t eliminate the virus, we’ve seen that around the world” […]

Across the eastern states – from Cairns to Adelaide – people can move between borders without the need for permits or Covid-19 tests.

WA’s predicament ought to ring some bells with BFD readers: despite rigorously isolating his little hermit kingdom, the “tricky little virus” is still sneaking in. Perhaps Sneakers flew in an international DJ for one of his kids’ birthday parties?

Yet even with a closed border, Omicron lingers.

WA recorded 13 new local cases, including one mystery case believed to have spent time in the Greater Bunbury region while ­infectious.

There are now 96 confirmed active cases in the state.

Even the bought-and-paid-for “experts” are diverging from their isolationist overlords’ narrative.

Australian Medical Association president Omar Khoshid on Monday said the border was never going to protect WA from Omicron forever, especially as the virus was already spreading in the state.

“Sensible public health measures early (are) needed, not when it’s too late. Mark McGowan knows this but still pushes this line that we are safe behind our border wall,” he said on social media.

“The idea that we can extend our time in ‘paradise’ without having to face the virus is a fantasy.

Still, it’s a fantasy that the clueless idiots of the mainstream media are all-too-willing to believe. Jacinda Ardern can always count on her fangirls in the Australian media.

Lisa Wilkinson, who co-presents Network 10’s The Sunday Project, was at it again last night – barracking for COVID-19 lockdowns, travel restrictions and all that. Ms Wilkinson – who is considered an essential worker and does not have to do lockdowns – was very supportive of the decision of New Zealand prime minister Jacinda Ardern to implement harsher restrictions – again.

And where one harbourside mansion luvvie goes, all millionaire luvvie fangirls go. Wilkinson’s husband, the has-been rugby player with delusions of intellectualism, Peter FitzSimons, was frantically swooning over Sneakers on Twitter.

In all the world there is probably no place with more “freedom” right now than WA, and it came because such strict measures were put in place.

It is the exemplar of freedom through enforced responsibility.

Orwell or Xi couldn’t have put it better. 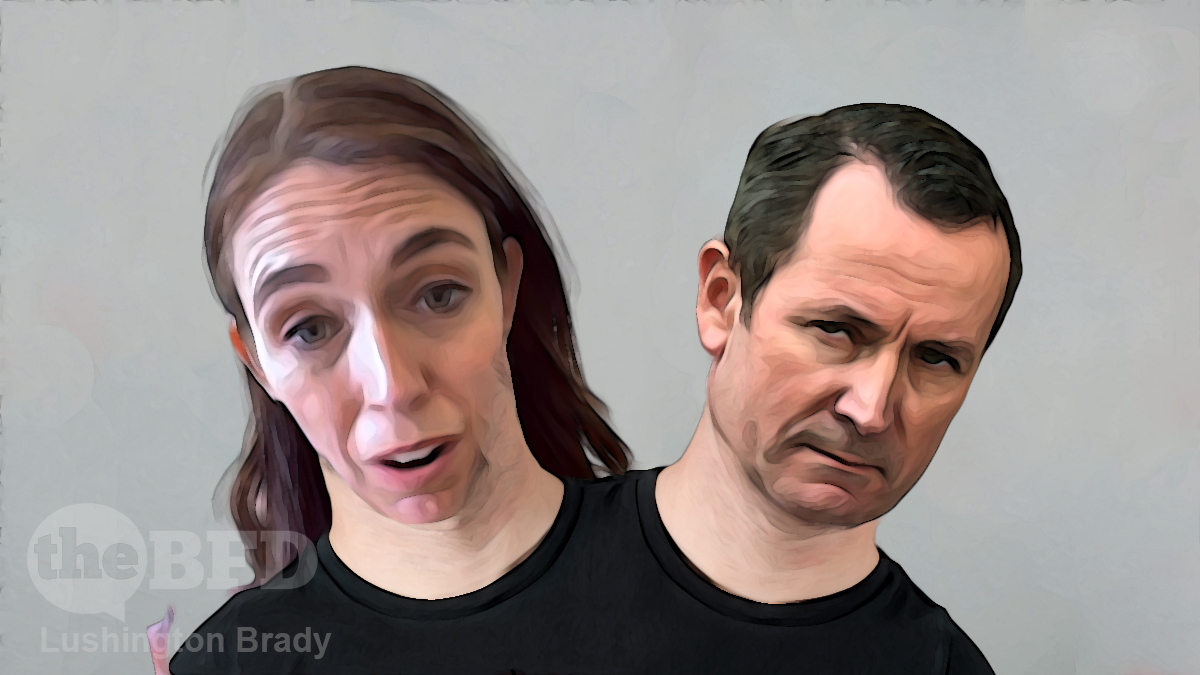