I attended an anti-vaccine march in Christchurch on Saturday. Prominent as the leader of this protest was Derek Tait of the Destiny Church. Earlier in the week, Tait had controversially produced a vaccine pass at a Rangiora cafe (according to Stuff) when he had earlier stated he has not been vaccinated. Tait, like Brian Tamaki, while well-intentioned lacks political cunning and is an easy target for the media.

The point of this article is to say yes, Tait and his team on motorbikes were running Saturday’s protest march but the overwhelming majority of the 3500 to 4000 (perhaps more) who turned up were mums and dads, ordinary middle New Zealand kiwis, some pushing prams, and even nuns in their religious habits.

The march went from Latimer Square in central Christchurch down Papanui Road, around the Merivale Mall via the carpark and back to Latimer Square. Half of the road (a busy thoroughfare) was shut off to allow the march to proceed.

Motorists seemed surprised, even shocked by the turnout. The response from them was overwhelmingly positive with many tooting support. During the entire distance of the march (probably 3 miles [5 km] in total), I encountered only one abusive person.

The march showed me there is a segment within NZ society, bigger than the authorities would have you believe, who fervently oppose the vaccine, and there is a distinct sense of unease among many of those who have been vaccinated.

Did the media cover the protest? I saw none. No TV cameras, no news photographers. The press did not cover it in any way. On Monday, TV3 ran a report on its Saturday evening news mentioning Christchurch among other protests around the country. The newsreader said hundreds attended the march which led me to believe they had not sent a reporter. There were thousands in the march.

The report said a man with what was believed to be a crossbow was arrested (which is how they led the news item). There has been no report since about any man and a crossbow. Fake news? I don’t know. But I do know this protest brought home the fact New Zealand’s mainstream media are not doing their job. 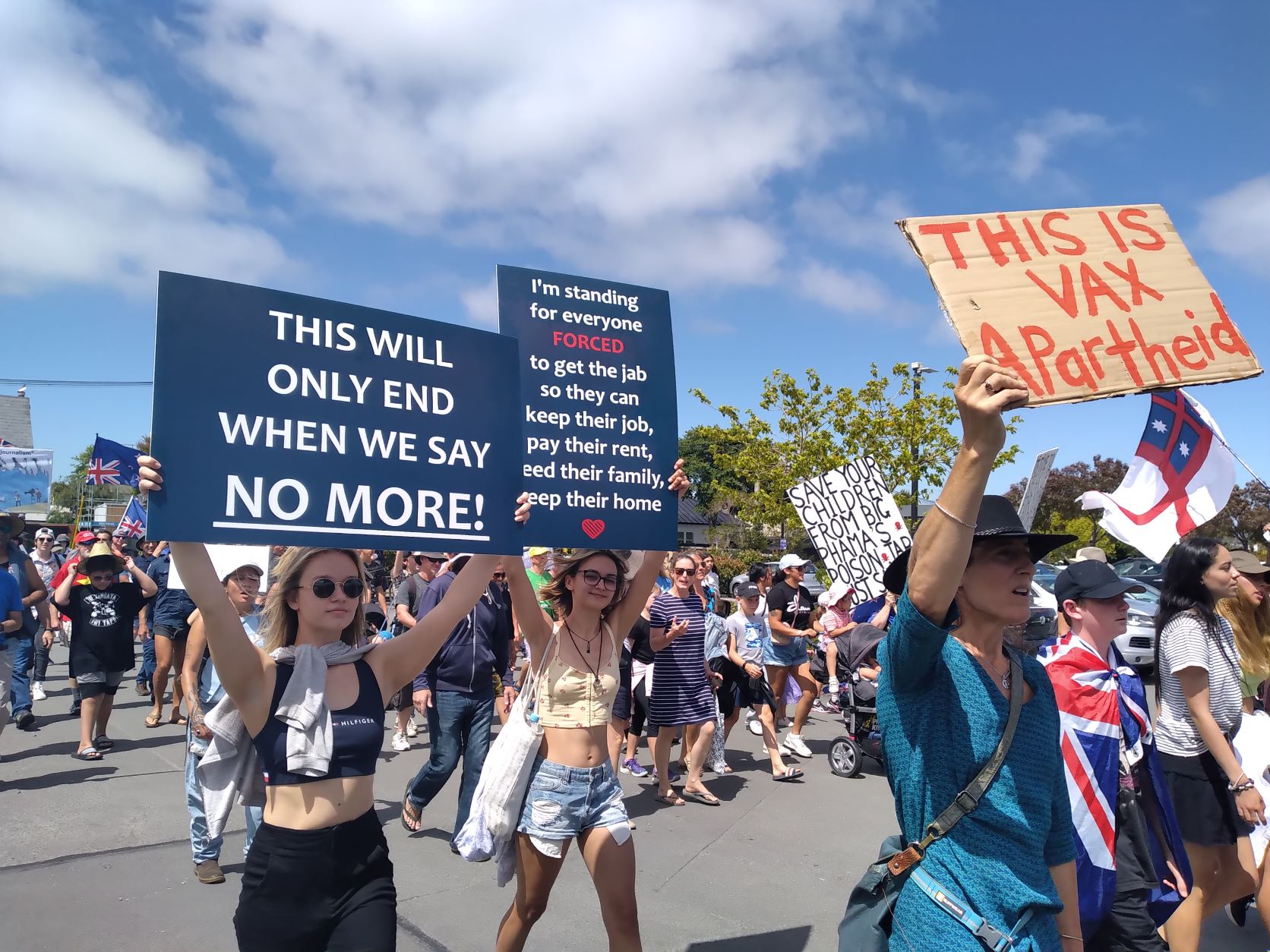