If you don’t have a Silver level membership yet you are missing out on our Insight Politics articles and politicasts.

Where Is the Next Reagan?

America Is at a Nadir of Power and Confidence. Who Will Save It?

Is this the end of America? Does the future belong to China and Russia? A lot of people seem to think so.

Nearly half of Americans recently surveyed agreed that the only way forward for their state was to secede and form a new union. The country has become so bitterly divided, the argument goes, that there is no chance of reconciliation. A no-longer United States, already humiliated in Afghanistan, would be unable to compete as a superpower against China and Russia.

The secession idea first seemed to gain currency among the left in 2016, after they lost the election they had been assured was theirs by right. The right began to take up the idea when BLM and Antifa mobs raged across the country, looting, burning and even killing practically with impunity. Now, the sentiment is shared more-or-less equally across the political spectrum.

This is a dangerous idea: few of them seem to really be giving it any thought. None of them seem to have any real idea of just how ugly secession would be. Secessions are almost never peaceful. On the contrary, internecine fighting is often the bitterest and bloodiest.

But all of this ignores that we’ve seen this all before, within living memory. In the lessons of history lie the silver linings in the dark clouds gathered over America.

More than anything else, America seems to be repeating the painful history of Vietnam. In fact, I first drew comparisons with Vietnam way back in 2001, when G W Bush launched the “War on Terror” by invading Afghanistan. Pointing to that country’s reputation as a tenacious “graveyard of empires”, I argued that despite the superficial difference of desert vs jungle warfare, the US was risking getting mired in the same situation: an endless, unwinnable war, in a land where almost all sides hated the US invaders equally, and a conflict that would tear apart America itself.

I hate being right.

So what was it about the Vietnam era that suggests hope for America today?

It’s easy to forget just how badly the Vietnam war damaged America. The country was bitterly – violently – divided and its self-image shattered. First, the Civil Rights movement, then the anti-War movement, had demolished faith in America for the left. As far as the left was concerned, America was fundamentally rotten, to its core. These are the same attitudes (often promulgated by the same people: 60s radicals who never went away) that fuel the BLM/Antifa left today.

Just as they have today, the 60s left reacted with violent pique at losing a presidential election. When Richard Nixon resoundingly won the ‘68 election, the left was shocked and dismayed. When he swept the map red in ‘72, they were infuriated beyond measure. In ‘68, the radical left had decided that violent revolution was the only way America could be “reformed”. By ‘72, there was a crescendo of leftist violence. Astonishingly, it’s almost forgotten now – wiped from popular history – that an unprecedented wave of violent terror had engulfed America. Bombs were going off in American cities at least every day: more than 1,900 in 1972 alone.

The left was utterly convinced that any day, the corrupt, diseased American empire would fall. For a while, it seemed as if it might.

First, America lost the Vietnam war in circumstances easily as humiliating as the fall of Kabul. The sight of helicopters scurrying away from the roof of the American embassy in Saigon, as North Vietnamese tanks rammed down the gates, was seared into American minds. The world’s great winners, the country that had recently put man on the Moon, humbled by a ragtag bunch of peasants in black pyjamas.

Then came the Joe Biden of the mid-70s. The left’s great Satan, Nixon, was brought down by impeachment proceedings in 1974 (Nixon chose to resign, quitting before he was pushed out). After a brief, forgettable interregnum, his Republican successor was ousted by the great Democrat hope, Jimmy Carter.

Yet despite the euphoria of long-disheartened Democrats, Carter’s win was far from convincing. Carter won in the South and north-east, but the mid-west and west remained solidly red.

Carter’s lacklustre win translated into an equally leaden presidency. His presidency was marked by economic, energy and foreign crises. Despite a massive economic stimulus program, America lapsed into economic decline: surging inflation coupled with an economic slump. The energy crisis of the late 70s had Americans experiencing peacetime fuel shortages for the first time.

Overseas, it was all bad news for America. The Soviet Union invaded Afghanistan, launching a new era of Soviet triumphalism and ending a decade of détente between the superpowers. Worse, despite the US backing the Shah’s regime, Iran fell to Islamic fundamentalists. Echoing events in Afghanistan today, Americans stranded in Tehran were taken hostage by the Ayatollah’s thugs. As the hostage crisis dragged on for over a year – and led to the death of eight American soldiers in a disastrously botched rescue attempt – it became an indelible symbol of Carter’s presidency for many Americans.

But, beyond all of this, America had just lost heart. The mood of the country was grim, pessimistic, and reflected in its popular entertainment. Movies replaced the triumphant Patton with the likes of Taxi Driver, Network, The Deer Hunter, and Apocalypse Now: violent and fatalistic. Paranoia reigned in films like Three Days of the Condor, The Parallax View and Invasion of the Body Snatchers.

On the small screen, liberal programmers mocked the rubes who had voted Nixon with shows like All in the Family and M*A*S*H. Happy Days, Laverne and Shirley and The Waltons yearned after a vision of a lost, positive America.

Pundits were convinced that America, chastened and bewildered by its drubbing in Vietnam and irreparably divided at home, had lost the superpower race. The Soviet Union was on the up. Its invasion of Afghanistan would bring another country into the socialist fold. Economists confidently predicted that the Soviet economy would surge ahead of America’s in just a few years. When Moscow was made host of the 1980 Olympics, it was widely seen, as it was for Beijing in 2008, as the anointing of the global leader-in-waiting.

Then it all changed in 1980. The landslide ascension of Ronald Reagan to the White House shook America and the world.

Repudiating the post-Vietnam malaise, Reagan hawkishly reasserted American leadership of the free world. The Reagan Doctrine took the Cold War fight back to the “Evil Empire”. Reagan initiated a massive build-up of American military power, including the first explicit proposal to militarise space. The 1983 Grenada invasion was the first overseas action by US troops since the fall of Saigon: it was a resounding success. It infuriated the left but won broad popular approval across America. Today, it is marked by a national holiday in Grenada.

In tandem with Margaret Thatcher in the UK, Reagan remade the American economy. The country boomed: it was the era of the yuppie and Wall Street.

Popular culture reflected the new mood sweeping America: the 1980s were the decade of Spielberg, Indiana Jones, and the lush spectacle of Amadeus. The pessimistic violence of Taxi Driver was replaced by the macho assertiveness of Rambo and Arnold Schwarzenegger. On television, the Keatons of Family Ties replaced the Bunkers and The Cosby Show dismissed the gritty project life of Good Times with a sunny vision of the new black middle-class.

By the end of the decade, the Soviet Union was gone. Reagan’s challenge to “Tear down this wall!” had won. America had won. Reagan left office with some of the highest approval ratings of a departing president.

Reagan’s greatest achievement, though, was that he “restored faith in America”. Something even his critics grudgingly concede. CNN’s Ed Rollins wrote, in 2011:

“Ronald Reagan made the world and our country a better place. He restored pride in our nation and made Americans believe in the slogan from his 1984 campaign: ‘Prouder, stronger, better.’”

Ronald Reagan showed that, in from the darkest, most divided times, America’s capacity to rebound, stronger, from adversity, is boundless.

The question now is: if Joe Biden is the new Carter, who will be the new Reagan? After America has suffered its four years of Purgatory, who will emerge to raise it back to the light?

You will not only get access to Insight Politics articles like the one above and Cam’s politicasts but you will also gain access to all our puzzles, SonovaMin and BoomSlang’s fantastic cartoons, HangonaMin’s Satirical Woke Examiner and our private members’ forum MyBFD as well as enjoying ad-free viewing. 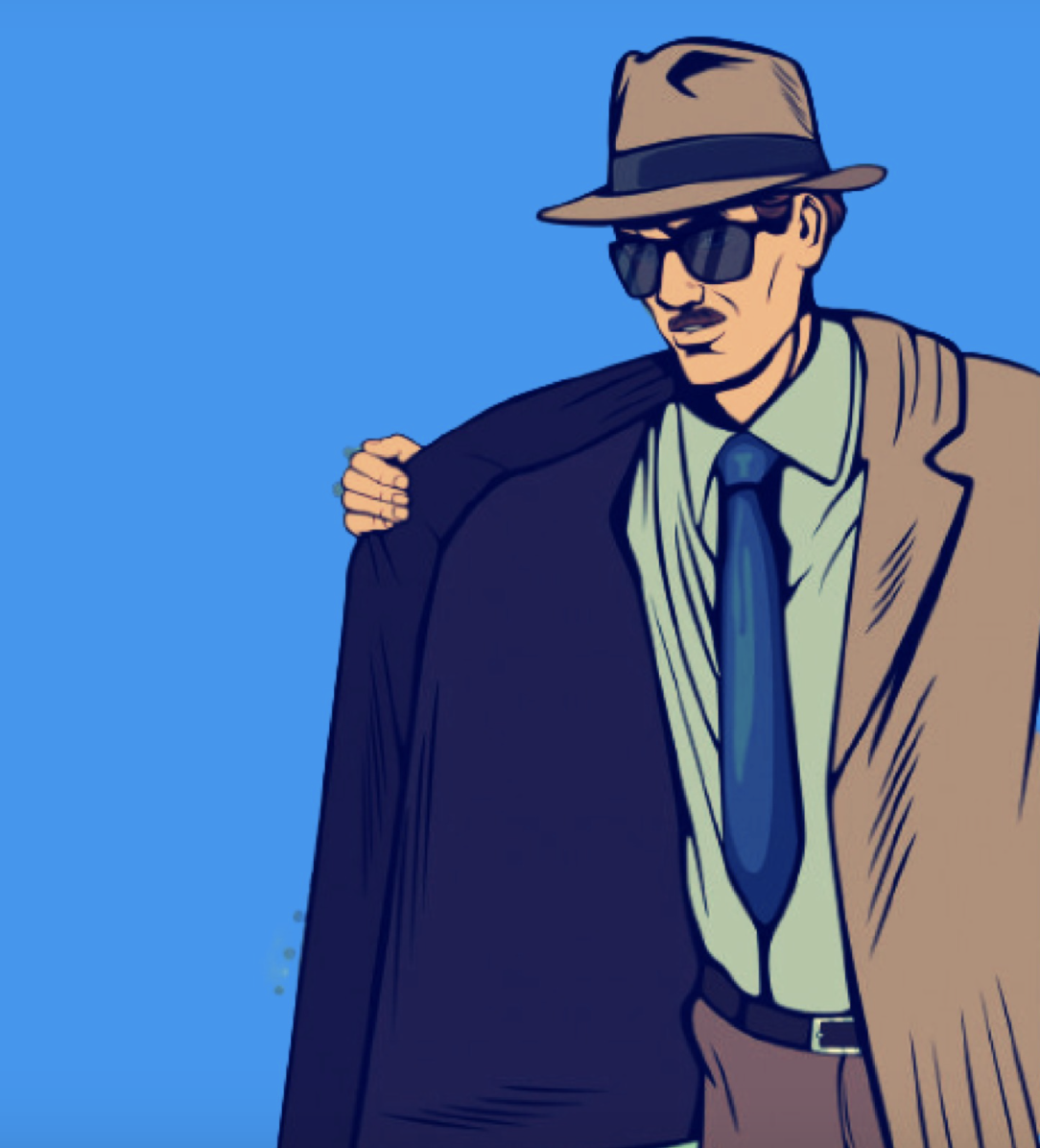