As I was driving around yesterday I saw a sign that said “Fear is a reaction, courage is a decision”, and it got me thinking. I looked up that quote and wasn’t at all surprised to find that it was a quote from Winston Churchill. He also said “Courage is the first of human qualities because it is the quality that guarantees all the others.”

How does that apply to today’s situation, where we have become a scared little nation, quivering in fear of a little virus that even if you remove all the propaganda barely kills anyone, and those it does have four or more co-morbidities. The pandemic is not going to get any worse, the numbers in fact are getting better. The bottom line is that 99.97% of people who get Covid survive it.

The fear that has been propagandised into your living room and your car daily via advertising and politicians and mostly the media has created an unnatural fear of nothing in particular.

That fear though has led to people who I would normally consider smart and thoughtful, abandoning all reason and reacting like getting Covid is a death sentence. It never was, yet that is where we have ended up.

The Government and their handmaidens, the ‘experts’ and the complicit and corrupted media have used that fear, and continue to use that fear to force experimental and demonstrably useless medicines on people, encouraging active discrimination against perfectly healthy people who have simply made their own decisions about their own health.

It is unconscionable and it is evil how they have shamelessly used fear to get people to react against their own best interests and to accede to Government diktat and nonsensical and illogical “health orders”.

That fear has seen the suspension of rational thought, the demonisation of contrarian thinkers, and the homogenisation of political dogma. This has led to the problem where we now have an opposition that is indistinguishable from the Government in almost every aspect. If it wasn’t for the red or blue t-shirts you’d be hard-pressed to find much difference between the two main parties.

The fear has silenced doctors, demonised experts for daring to have a differing view and seen rational voices silenced lest the media and politicians shun them, demonise them and seek to destroy their careers.

We used to have a belief in the courage of one’s convictions, yet this homogenisation sees people labelled as anti-vaxx when they are not and called crack-pots and conspiracy theorists when they are clearly not that either.

How else do you explain the desire of some scientists to see the banning of the hugely popular podcast between Joe Rogan and Robert Malone, with more than 50 million views, just because they don’t agree with them?

Or the banning on Twitter of Robert Malone, the inventor of mRNA technology, simply because he refuses to buckle to the homogenised view that vaccination of children is paramount even though after two years of Covid shows that children are highly unlikely to suffer severe effects if any from Covid. Or Youtube removing all record of the 50 million views video.

It is unconscionable and it is evil that those who are being touted as heroes are like Michael Baker, or Siouxsie Wiles or Michael Plank, or Shaun Hendy. None of them, including Jacinda Ardern, are heroes. They have reacted out of fear. They have not made a decision to be courageous.

Have you noticed that fear took a back seat for summer as those promulgating the fear went silent and stopped assailing our eyes and ears with their demonstrable lies? But now they are all back at work the fear is back.

They are nothing other than corrupted propagandists motivated by fear rather than by courage. They no long speak truth to power, they use their power to subjugate and to bully. It must stop, and it is within your own control to make it stop. Jacinda Ardern is no Winston Churchill, she acts out of fear, she never acts with courage.

Which is where I want to go now. I am constantly asked how we get out of this, by normally cogent individuals, who through fear seem to have parked their rational thinking somewhere, but forgotten precisely or even vaguely where they left it.

The way we get out of this is through courage. It takes courage to not comply, yet thousands of us refuse to buckle to the fear and are living perfectly healthy lives. It is easy to comply, and most New Zealanders have, and in doing so gave up their individual sovereignty and handed it over to the government, because of fear.

Oskar Schindler broke the law when he hid and protected his workers. He impoverished himself to save others, he bribed Nazi officials and he saved peoples lives. Yet what he did was against the law. He acted from a higher moral position.

Most people would like to think that they’d have been the ones like those who hid Anne Frank or acted like Oskar Schindler, but this pandemic has shown us that in fact, most would have been like those who dobbed them in.

Heroes are few and far between as it is easier to comply than it is to stand up against evil. I used to wonder how it all happened in Germany in the 1930s, but I wonder no more. Fear is a reaction, and Courage is a decision. Most people react.

My point is this, the media and politicians and the general population are demonising the courageous, those who are defying the draconian and immoral laws that deliberately seek to segregate, demonise and de-humanise people simply because they refused to comply with immoral vaccine mandates.

We have lost our way because our media and our politicians have abandoned their moral compass. Some would say they never had one in the first place, but clearly, there are some who do. Those who shielded Anne Frank for example, the man who stood before the tanks in Tiananmen Square is another. These people stared evil in the face and stood strong.

Jacinda Ardern even said that she is driven by health outcomes. Which of course is complete rubbish because if that was true the government would have banned cigarettes years ago. But they haven’t. It’s never been about health. Never before in the history of the world have healthy people been locked up under house arrest to “protect the vulnerable”. How condescending is that premise anyway, it presumes that these so-called vulnerable people can’t look after themselves or are too stupid to “do the right thing”.

Which is another statement that grinds my gears. Listen to this report say “parents doing the right thing and vaccinating their children”

It is pejorative and presumptuous but this is the language that the media and the politicians use to shame people into complying. It is also cowardly and gutless to use techniques like that.

It isn’t brave or courageous to take a vaccine to save your job. It is meek and compliant. I understand why you did it, and I’m sorry that you were coerced, for that is the correct term to use, that they made you think it was your choice when it was not.

So, I implore you all to be brave, be courageous, throw off your shackles, stand up for yourselves and the rights and freedoms of others by saying no more.

So you need to make a decision. Would you rather live on your knees, because that’s where you are at right now. Waiting in mortal fear for the Government to tell you what to do. Or would you decide to be courageous?

Fear is a reaction, Courage is a decision. Be courageous. When enough of us are courageous then it ends. I’ll leave you with a final quote from Winston Churchill: 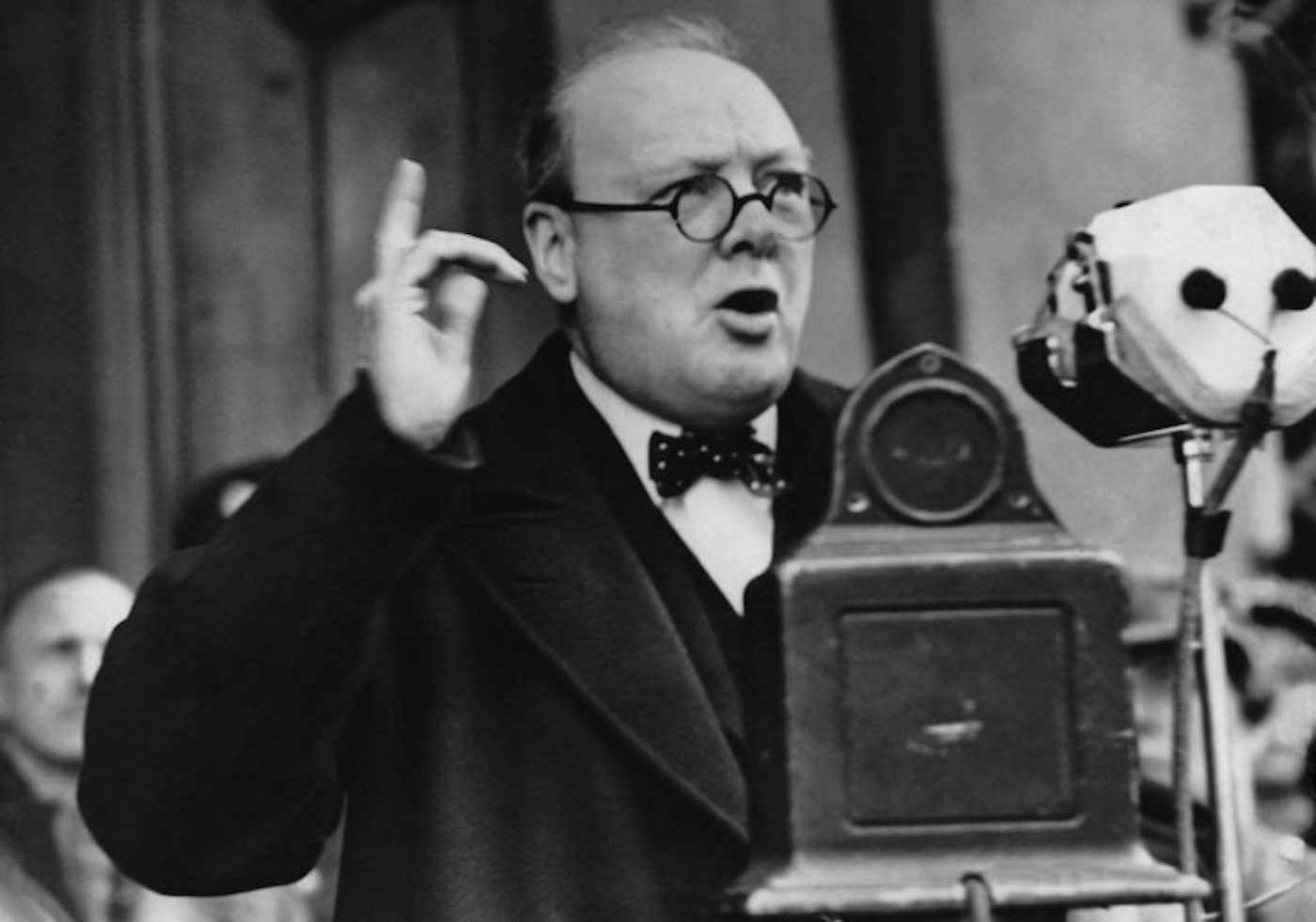