In a few short years, Jacinda Ardern as Prime Minister has done her darnedest to take away our enjoyment of life. Some will never succumb to this tyranny, but for others, the smiles have gone. It is noticeable that New Zealanders’ expressions have changed. Concerns about Covid-19 have to be factored into this new phenomenon, but Ardern’s style of leadership has done enormous damage to Kiwis’ psychological, mental, social and physical wellbeing.

New Zealanders are renowned for being sociable and easy to get to know. These attributes used to help put this little country on visitors’ itineraries. New Zealanders overseas are employable, liked and not class conscious. Most return ‘home’ to the country they love. They enjoy the pleasure of being back, walking along an uncrowded beach or street and looking up and smiling to acknowledge one another whether friend or stranger. However, Kiwis have now changed for the worse.

Lies break down trust. Marital problems, where one partner is gambling the family’s money, has an addiction or an affair, are soul-destroying but it’s the lies that can be the final straw. Ardern has constantly lied to the NZ public.

Many times, she has said she would not do something, then changed the rules or laws without consultation or referendum. Firing doctors and nurses in the middle of a ‘health emergency’ is insane and nasty. Vaccine mandates, extensive lockdowns, segregation, apartheid, censorship, and an MIQ scam are beyond the pale.

Ardern cannot ignore the anger that’s increasing in protests around the country. We know of vaccine injuries and deaths and many attempted suicides and deaths, despite all these being suppressed. Some Kiwis will remain in ‘mass formation’ and will always be ‘hypnotised’ by Ardern. Others have lost all trust.

On 6 January 2022, Professor Elud Qimron, head of the Department of Microbiology and Immunology at Tel Aviv University and one of the leading Israeli immunologists, wrote an open letter in Hebrew sharply criticising the Israeli – and indeed global – management of the coronavirus pandemic.

Ministry of Health, it’s time to admit failure, he said.

The truth about the coronavirus policy is about to be revealed. When the destructive concepts collapse one by one, there is nothing left but to tell the experts who led the management of the pandemic – we told you so.

Two years late, you finally realize that a respiratory virus cannot be defeated and that any such attempt is doomed to fail. You do not admit it, because you have admitted almost no mistake in the last two years, but in retrospect it is clear that you have failed miserably in almost all of your actions, and even the media is already having a hard time covering your shame.

You refused to admit that the infection comes in waves that fade by themselves, despite years of observations and scientific knowledge. You insisted on attributing every drop of a wave solely to your actions, and so through false propaganda “you overcame the plague.” And again you defeated her, and again and again and again.

You refused to admit that mass testing is ineffective, despite your own contingency plans explicitly stating so (“Pandemic Influenza Health System Preparedness Plan, 2007”, p. 26).

You refused to admit that recovery is more protective than a vaccine, despite previous knowledge and observations showing that non-recovered vaccinated people are more likely to be infected than recovered people. You refused to admit that the vaccinated are contagious despite the observations. Based on this, you hoped to achieve herd immunity by vaccination — and you failed in that as well.

You insisted on ignoring the fact that the disease is dozens of times more dangerous for risk groups and older adults, than for young people who are not in risk groups, despite the knowledge that came from China as early as 2020.

You refused to adopt the “Great Barrington Declaration”, signed by more than 60,000 scientists and medical professionals, and other common sense programs. You chose to ridicule, slander, distort and discredit them. Instead of the right programs and people, you have chosen unqualified professionals for relevant epidemic management (physicists as chief advisers to the government, veterinarians, security officers, media people and so on).

You have not set up an effective system for reporting side effects from the vaccines and reports on side effects have even been deleted from your Facebook page. Doctors avoid linking side effects to the vaccine, lest you persecute them as you did to some of their colleagues. You have ignored many reports of changes in menstrual intensity and menstrual cycle times. You hid data that allows for objective and proper research (for example, you removed the data on passengers at Ben Gurion Airport). Instead, you chose to publish non-objective articles together with senior Pfizer stakeholders on the effectiveness and safety of vaccines.

However, from the heights of your hubris, you have also ignored the fact that in the end the truth will be revealed. And she begins to be revealed. The truth is that you have brought the public’s trust in you to an unprecedented low, and you have eroded your status as a source of authority. The truth is that you have burned hundreds of billions of shekels to no avail – for publishing intimidation, for ineffective tests, for destructive lockdowns and for disrupting the routine of life in the last two years.

You have destroyed the education of our children and their future. You made children feel guilty, scared, smoke, drink, get addicted, drop out, and quarrel, as school principals around the country attest. You have harmed livelihoods, the economy, human rights, mental health and physical health.

You slandered colleagues who did not surrender to you, you turned the people against each other, divided society and polarized the discourse. You branded, without any scientific basis, people who chose not to get vaccinated as enemies of the public and as spreaders of disease. You promote, in an unprecedented way, a draconian policy of discrimination, denial of rights and selection of people, including children, for their medical choice. A selection that denies any epidemiological significance.

When you compare the destructive policies you are pursuing with the sane policies of other countries — you can clearly see that the destruction you have caused has only added victims beyond the vulnerable to the virus. The economy you ruined, the unemployed you caused, and the children whose education you destroyed — are the surplus victims as a result of your own actions only.

There is currently no medical emergency, but you have been cultivating such a condition for two years now because of lust for power, budgets and control. The only emergency now is that you still set policies and hold huge budgets for propaganda and consciousness engineering instead of directing them to strengthen the health care system.

This emergency must stop!

Kiwis are speaking out also. Ardern, ‘it’s time to admit failure’. History will not judge you kindly. 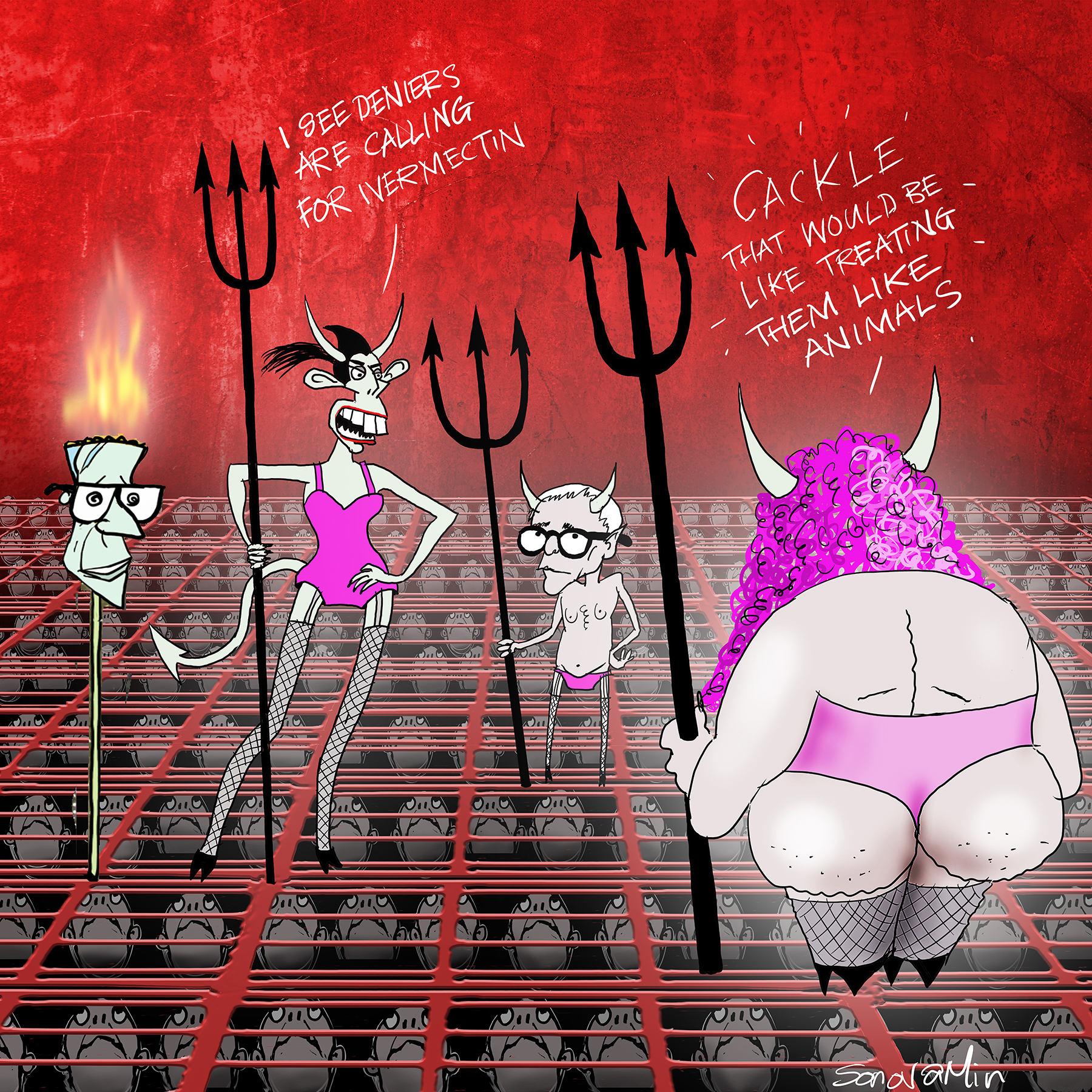