Skip to content
An idyllic scene - but with a hidden, firey threat. The BFD.

It’s a curious thing: the people most obsessed with climate change seem to have the most trouble grasping the concept of “change”. They seem to live with a peculiar delusion that the climate of the middle 1960s — just coincidentally, the heyday of the Boomer Establishment’s youth — is somehow the Platonic Form of climate. That the climate changes, often dramatically and rapidly, is such an alien concept to them, apparently, that it can only be some sort of dark magic woven by evil human wizards.

Especially bushfires. Despite the facts that south-east Australia is one of the most fire-prone regions in the world — largely due to its iconic vegetation, the eucalypt.

The climate fanatics seem to have a peculiarly stunted grasp of history, especially anything that happened before the middle of the 20th century. The Boomer’s Millennial offspring, with their aversion to reading anything but social media, are particularly goldfish-like. Thus the apocalyptic media narrative that Australia’s recent fires were “unprecedented” — even though it’s all happened before, and often worse.

Any story about this continent, its ecology, its history and its gum trees, must talk about the unavoidable interconnection between Australia and fire.

There’s a dangerously cosy relationship between eucalypts and fire. Most of these trees have bark that will protect them; fire can produce the perfect situation for the eucalypts to germinate; and all but a handful of their species carry lignotubers, new shoots that can push their way out through superficially burnt grass or the trunk. Plus they drop between a third and a half of their leaves annually, with their ‘peak drop’ in late spring, early summer – perfect fire-season time in many places. The trees’ litter dries out and covers the ground as ready fuel (3 centimetres of leaf litter can cause a conflagration equivalent to one fuelled by a centimetre of refined gasoline) – and most trees have the kind of open crowns that can generate an enormous updraught in next to no time.

As any rural firefighter will know, one of the most dreaded sights is a bushfire “crowning”: when the fire moves up into the canopy, creating a volatile fire that races through the forest like an express train. “Stringybark” eucalypts directly facilitate this, with their long, hanging strips of dead bark that form a direct, flammable ladder from the undergrowth to the canopy. The same strips also break off into a storm of firebrands that a hot summer wind carries tens of kilometres ahead of the firefront, spreading the fire at breakneck speed.

Other species can cause fires to behave like huge whirlwinds, spinning furiously and sucking (at about 100 kilometres an hour) leaves, sticks and embers metres up into the air, where they disintegrate in a great gassy explosion that you can hear miles away. They have been known to suck every speck of soil off a sizeable piece of ground.

This isn’t “man-made climate change”: it’s millions of years of evolution in action.

Eucalypts are designed to survive deteriorating soils and unreliable water, which makes them (as it has been bluntly put) ‘fireweeds’. They can pull nutrients out of the ground and direct them straight to new, post-burn growth. Opportunistic, they’ll burn readily, greedily and gratefully. Perfectly suited to survive fire, they often require it; they often thrive in it.

Opportunistic? The eucalypts, said David Foster, ‘are cunning – they’ve got the situation sussed. In winter, they won’t burn; two weeks later, you’ll find yourself in high fire danger and you can’t burn. The fuel builds up and builds up – and they seem to work the climate well so they don’t burn when it’s convenient to you’.

The relationship between eucalypts and fire is well attested in the geological record, where fossils are found alongside charcoal deposits. Millions of years ago, Australia’s climate dried and rainforests retreated to the coastal fringe and the eucalypts moved in to what was, for them, an ideal environment.

But Australia’s big fires are, in an important sense, at least partly man-made. When humans arrived on the continent, they instituted a regime of “firestick farming”: burning out the undergrowth to create more open grasslands better suited to hunting.

It’s no coincidence that California, home to masses of introduced eucalypts, as well as an environmental establishment noted for its restrictive forestry practices, is also experiencing massive wildfires.

As the environment changed and changed again, a new, precise and fragile interdependence was established between eucalypts and fire. Most gum trees need to burn at some stage during their seed-bearing life. Some need heat to release their seeds (a risky business, timing the release of a capsule that is smaller than a centimetre and has to protect the seed ‘sufficiently long in the holocaust of raging crown fires’). Some – it was more recently found – need smoke to activate them. Most need ash to provide a clear, soft bed for their seedlings, free from any competing plants. They require, and promote, fire. And they can accommodate it. Even in the worst bushfire, a eucalypt forest should only risk a tiny fraction of itself as fuel – 95 per cent of its biomass locked away in its trunks, which might char but should not be consumed, even during the most intense fire.

They are supposed to accommodate the very severity that they encourage.

Thus it was that the first European explorers and settlers record, again and again, their impression of what Captain Cook dubbed “The Continent of Smoke”. Yet, even in the fearsome summer experienced two years into the fledgling colony, when birds and bats dropped dead from the sky, Sydney did not burn. There were grass fires, of course: many of them. But they were easily put down.

Because “firestick farming” encouraged and maintained a regime of regular, “cool” burns. “Regular”: that’s just the problem. It didn’t take long for the effects of disrupted Aboriginal practises to be felt. A few more years later, and the fires that hit Sydney in summer were much more threatening. By 1851, just a decade or so after the region was settled, Victoria was struck by perhaps the worst bushfires in Australia’s recorded history. Ships far out to sea in Bass Strait battled ember attacks in their rigging, and settlers on the north coast of Tasmania thought the end of the world had come, as the smoke turned day to night.

To the European mind, fire was something to be contained in hearths and forges. Uncontrolled fire in nature was literally Apocalyptic, as those terrified Tasmanians thought.

Oddly, that “colonialist” mindset persists today in the supposedly most “progressive” quarter of Australia: the green left. Resistance to a regular regime of burning is entrenched in the environmental bureaucracy, despite nearly a century of recommendations to the contrary by Royal Commissions into big fires. Data shows that state governments have constantly failed to meet even their own modest targets for fuel reduction burns. 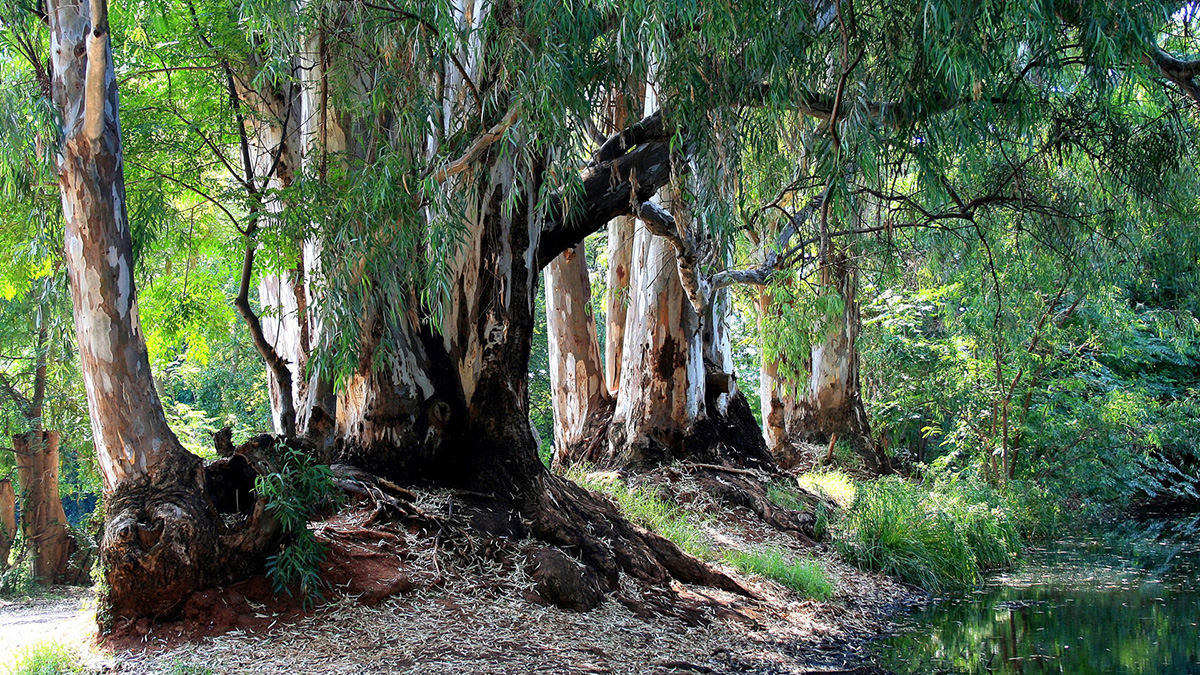