Activists, as a rule, are all mouth, no trousers. They’re happy to dress in silly costumes, bother working-class people trying to just get to work, and get all shouty about saving gay whales from climate change. But actually putting themselves forward to try and make meaningful change runs a long second to public posturing.

Drew Pavlou more-or-less had activism thrust upon him — and he’s putting his money where his mouth is.

A human rights activist well-known for his vociferous criticism of the Chinese Communist Party has debuted his new parliamentary team of Chinese-persecuted candidates, as the party aims for ambitious gains in parliament and the senate.

Pavlou’s story began as fairly typical student rabble-rousing, organising a protest and running a guerilla of online “shitposting” against CCP influence on the University of Queensland campus he attended. But, as he found out, the CCP does not lightly take criticism, even in far-flung Australia. Nor does its minions. After the protest was attacked by obvious CCP thugs, Pavlou was hauled over the coals by university management and made to face trumped-up charges and suspension.

With very few exceptions (Pavlou credits the support he received from Bob Katter, among a few others), Australia’s political class completely ignored his deplorable plight. So, he’s forming his own political party.

Outspoken University of Queensland student Drew Pavlou announced on Wednesday his new party – comprised of Uyghur, Hong Kong and Tibetan candidates – would run for senate seats in South Australia and NSW and in the federal seats of Sturt and Chisholm.

Mr Pavlou himself, who recently returned to his studies at UQ following a controversial two-year suspension, will run as a senate candidate in Queensland.

The launch was flanked by security guards and Tibetan monks who blessed the party.

Like Pavlou himself, the candidates for the Drew Pavlou Democratic Alliance all have skin in the game when it comes to Chinese persecution.

Max Mok, the party’s Chisholm candidate, was a “front line militant” in Hong Kong who lost friends to “torture and murder at the hands of the Chinese secret police”.

Mr Pavlou said Adila Yarmuhammad and Inty Elham – who are running for the South Australian senate seat and the seat of Sturt respectively – were both Uyghur Australians who escaped potential persecution at the hands of Chinese authorities.

The party is already drawing unwelcome attention from the Chinese regime: Pavlou claims that Bishopp Outdoor Advertising is refusing to run billboards critical of the Chinese government, for fear of retaliation. As the Institute of Public Affairs’ Gideon Rozner says, this should be “the biggest story in Australia right now. If the Chinese Communist Party controls what we can put on billboards, then how far and deep does this go? Every Australian should be terrified of this level of political interference.”

Of course, Australia’s politicians and media are up in arms about such disturbing political interference by a hostile foreign power… oh, wait: as usual, it’s crickets.

“Most politicians in parliament don’t want to lose donors or trade with China … we have no big financial backers and don’t take donations from people with known links to Chinese parties.”

According to its website, the Drew Pavlou Democratic Alliance pledges to recognise the genocide of Uyghur and Tibetans and support their self-determinations […]

Mr Pavlou said Australia’s current situation with China was “worse than what people think”, bemoaning how current politicians were unwilling to cut dies with Chinese donors.

“We’re saying to China that we don’t want them to be our closest trading partner while people are in concentration camps,” he told NCA NewsWire.

In words that should resonate with BFD readers in New Zealand, Pavlou reminds politicians that it’s one thing to witter platitudes about “human rights”, quite another to actually stand up for human rights when it really matters.

“(Our parliament) barely speaks for the human rights abuses currently going on.” 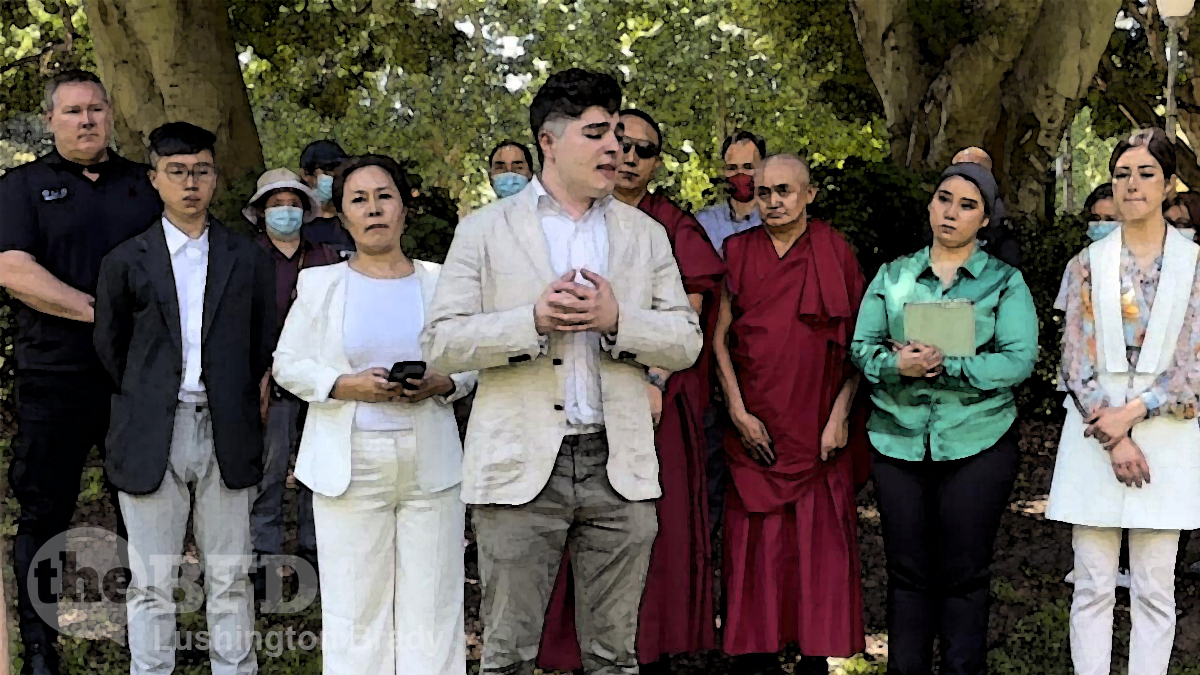