Skip to content
Photo by Kelly Sikkema. The BFD.

Morgan Marietta studies the political consequences of belief. He is the author of four books, The Politics of Sacred Rhetoric: Absolutist Appeals and Political Influence, A Citizen’s Guide to American Ideology, A Citizen’s Guide to the Constitution and the Supreme Court, and most recently One Nation, Two Realities: Dueling Facts in American Democracy, published by Oxford University Press.

The Supreme Court justices signaled a potential major shift on abortion law on Dec. 1, 2021. Hearing arguments in a case that could fundamentally alter abortion rights and regulations throughout the nation, the six conservative justices who hold the majority in the highest court seemed divided: Would they overturn the core right to abortion entirely or would they allow abortion to be limited by the states to the early stages of pregnancy?

In either approach, the court seemed to be moving toward the position that some decisions may be left to individual states rather than established by the Supreme Court. And although Supreme Court decisions cannot always be predicted by oral arguments alone, either outcome would represent a historic move away from the landmark precedent of Roe v. Wade, which has set out Americans’ constitutional right to abortion for almost 50 years.

Since that 1973 decision, a powerful legal movement has sought to overturn Roe v. Wade, while abortion rights advocates have fought to protect it.

The arguments at the court on Dec. 1 suggest that there is a third path the justices could – and might – take. The court could focus its ruling on a narrower and more neglected aspect of the ruling in Roe: the court’s understanding of the facts of fetal personhood.

Roe Not a Monolith

There were two separate rulings in Roe:

1) The Constitution protects a right to privacy, which encompasses the abortion decision.

2) A fetus is not a person in the early stages of pregnancy. Personhood emerges around the time of viability at approximately six months, which justifies a compelling state interest at that point.

This is why individual states are forbidden under current rulings from outlawing abortions in the first or second trimester of pregnancy, but can make the procedure illegal during the third trimester after the viability of the fetus.

The ongoing debate at the Supreme Court is less about the existence of the abortion right and more about the second ruling in Roe v. Wade in 1973 – that the right is limited by the emerging personhood of a fetus.

The state of Mississippi has redefined the emergence of personhood to be at 15 weeks, not 24, and outlawed abortions before that point.

Everything hinges on the judgment of personhood.

When the Supreme Court considers how constitutional rights apply to the facts of our society, they are often forced to rule on what those broad prevailing facts are. The justices could cite experts, employ their own perceptions or exercise a third option: allow diverse democratic decisions through state legislatures, an approach that could be called the federalism of facts.

In Roe, the core factual question was whether a fetus is a person – a human who holds rights and hence cannot be killed lawfully by another person.

The court, ruling in 1973, recognized the problem: “When those trained in the respective disciplines of medicine, philosophy, and theology are unable to arrive at any consensus, the judiciary, at this point in the development of man’s knowledge, is not in a position to speculate as to the answer.”

But the justices were nonetheless compelled to do so. The court ruled that “the unborn have never been recognized in the law as persons in the whole sense.” Therefore, “the word ‘person,’ as used in the 14th Amendment, does not include the unborn.”

However, the court saw the personhood of a fetus as developing during the course of a pregnancy. Therefore, “it is reasonable and appropriate for a State to decide that at some point in time another interest, that of health of the mother or that of potential human life, becomes significantly involved.”

The court concluded that “with respect to the State’s important and legitimate interest in potential life, the ‘compelling’ point is at viability.”

This means that in the early stages of pregnancy, abortion cannot be outlawed, but “if the State is interested in protecting fetal life after viability, it may go so far as to proscribe abortion during that period, except when it is necessary to preserve the life or health of the mother.”

There is a long-standing myth that the author of Roe – Justice Harry Blackmun, who had served for many years as chief counsel for the Mayo Clinic – had done copious medical research and come to the conclusion of viability as the emergence of personhood.

Linda Greenhouse, a longtime Supreme Court reporter for The New York Times, wrote the definitive biography of Blackmun, which clearly demonstrates that this was not the case. Blackmun preferred the point of quickening – when the fetus first begins to move, at around the end of the first trimester – as the emergence of personhood.

In a memo to the justices in November 1972, he wrote that the end of the first trimester “is arbitrary, but perhaps any other selected point, such as quickening or viability, is equally arbitrary.”

He later wrote, “I could go along with viability if it could command a court,” but would “like to leave the states free to draw their own medical conclusions with respect to the period after three months and until viability.” In Greenhouse’s telling, it was Justices William Brennan and Thurgood Marshall who urged viability as the court’s standard, to which Blackmun eventually agreed.

During the arguments to the Supreme Court on Dec. 1, Chief Justice John Roberts and Justice Samuel Alito both referenced Blackmun’s view that viability was an arbitrary line, suggesting that it could be reconsidered by the court.

As a close observer of the court, I believe the justices have three options rather than two:

• Focus only on the specific factual question of the Mississippi law – when does personhood emerge? – allowing individual states to determine that line for themselves.

Based on the justices’ questions and commentary during the oral arguments, Chief Justice Roberts appears to favor the third approach. Roberts’ first question to the solicitor general of Mississippi was about the arbitrariness of viability, citing the revelations of Blackmun’s original views. Roberts returned several times to viability as the core issue, asking the lawyer for the Mississippi abortion provider, “Why is 15 weeks not enough time?” to obtain an abortion, emphasizing that “the thing that is before us today is 15 weeks.”

The question as the court deliberates is whether the more conservative justices – especially the newest member of the court, Amy Coney Barrett – will join Roberts’ limited focus, or instead rule on the constitutionality of the right to abortion.

Fellow conservative Brett Kavanaugh, the second newest justice, asked each speaker to respond to his position that when it comes to abortion – either the right to one or the degree to which that right is regulated – the Constitution “leaves the issue to the people of the states to resolve in a democratic process.”

In Kavanaugh’s view, seemingly shared by several other members of the court, this suggests that the decisions “should be left to the people,” which means that there could be “different answers in Mississippi and New York.”

If Justice Barrett joins Kavanaugh’s view, it will likely prevail and the full range of decisions about abortions will be returned to the states. If she joins with Chief Justice Roberts and focuses on viability alone, it could shift the narrower question of who decides when personhood occurs – and therefore what regulations can be put in place – to the states, rather than the Supreme Court.

Meanwhile, the three liberal justices – Stephen Breyer, Elena Kagan and Sonia Sotomayor – focused their questions squarely on maintaining precedent and the potential harm to the court’s reputation in appearing to be partisan.

But Roberts countered that the court “should not base decisions on whether they are popular or not.” 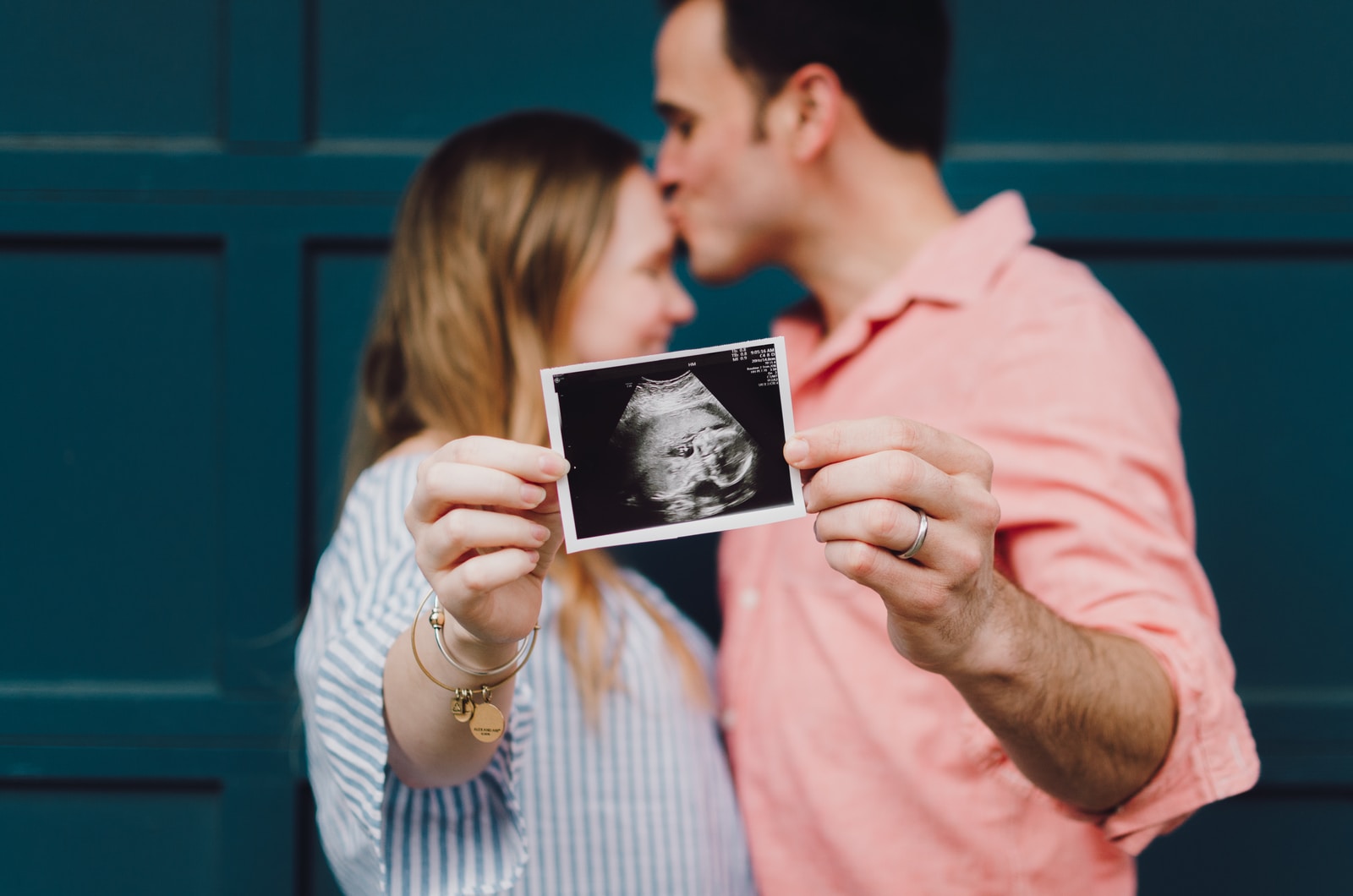